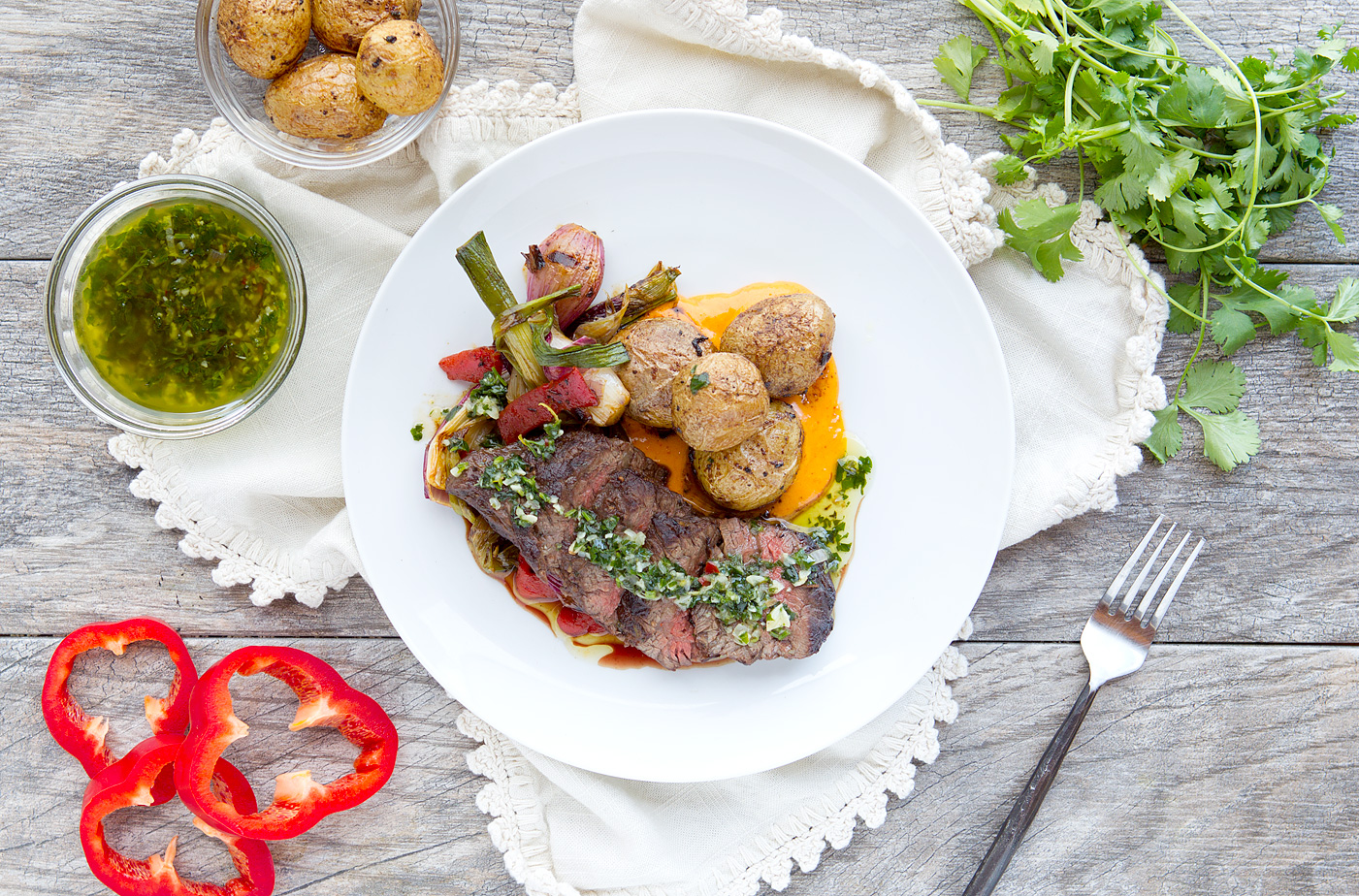 No time to cook dinner? Would you change your mind if you could put a meal on the table in ten minutes—and only end up with one pan in the sink?

That’s the scenario Gobble, a San Francisco-based startup, pitches to its customers. A subscription-based food service, Gobble is similar to some competitors like Blue Apron and Plated in that it provides a selection of meals each week and then deliver the recipes and pre-portioned ingredients in refrigerated containers to subscribers’ homes. The company’s key differentiator: There’s very little actual cooking involved. All ingredients are pre-portioned, pre-chopped, pre-mixed and pre-cooked, so users just stir and serve.

While that might sound an awful lot like ordering takeout to some, Gobble founder Ooshma Garg says her customers see a distinction. “You can still decide how much butter goes in, what the portion is, you can still control the spice level.”

Gobble currently delivers only in California and Nevada, but the company tells Fortune that it will expand to Washington, Oregon and Arizona starting in early November. Then, in early 2016, it plans to move into select cities on the east coast—including New York City, Miami and Philadelphia.

The company charges $12 per meal if you order six or more meals per week (or $14 if you order four), which is about $3 more than Blue Apron’s price-per-meal on the family plan. That premium is not accidental, says Garg. “We’ve found that the large time savings both on cooking and clean-up is more than worth the price difference [for our customers],” she says. “The fact that you only need one pan makes a huge difference,” she adds.

Though comparisons to other meal-based subscription services are inevitable, Garry Tan, a partner at Y Combinator and one of Gobble’s earliest investors, says there’s no reason Gobble and Blue Apron, which is the biggest player in the space with $193 million in funding, can’t coexist. “I think we’re going to see a lot of diversity in the ways people feed themselves and there’s enough space for different models,” Tan says.

Tan, who is an investor in other food-related startups, including takeout delivery service Spoonrocket, grocery delivery app Instacart, and meal replacement company Soylent, compares the shake-up in the food industry to recent changes in the transportation industry. He cites ride-hailing app Uber as an example. Despite Uber’s entry into the marketplace, commuters will continue to take the public transportation, walk and drive when they need to, he says: “You’re going to use the right service at the right moment.”

In addition to Tan, Gobble’s backers include prominent angel investors such as Reid Hoffman, founder of LinkedIn; Keith Rabois, former COO of Square; and Alexis Ohanian, co-founder of Reddit. The company has received over $3 million in seed funding so far and has more than tripled in size from August 2014 to August 2015. Though she declined to share Gobble’s revenue numbers, Garg says the company is now shipping more than a million dinner kits per year. “We’re on a growth tear,” she says.

Garg believes that busy people—and busy women in particular—are a prime market for her product. “There are more dual-income households than ever before,” she says. Between their careers and at-home responsibilities, “people just have no time.”

Whether or not busy schedules are to blame, it’s true that people are spending less and less time cooking: Sales at restaurants and bars overtook spending at grocery stores for the first time this past March, based on data from the U.S. Census Bureau provided by Nielsen.

Yet of all meals, people have the most emotional connection to dinner, says James Russo, SVP of global consumer insights at Nielsen, which tracks consumer spending. “It’s the last bastion [of home cooking],” he says. Russo sees companies like Gobble as attempting to tap into this connection, saying, “You’re still able to put a meal on the table that you can feel good about…even when you are pressed for time.” And, if his research is any indication, Russo says people will likely consider even a pre-prepared option like Gobble to be “homemade.” “Even re-heating takeout leftovers is considered homemade,” he says, referring to a 2014 Nielsen study on the subject.

Gobble is consciously tapping into this desire to put a home-cooked meal on the table in as little time as possible. By cooking for a loved one, you “show love and care for that person,” Garg explains. “It’s about nourishing the people you love.”