Over half of food industry workers admit to working while sick 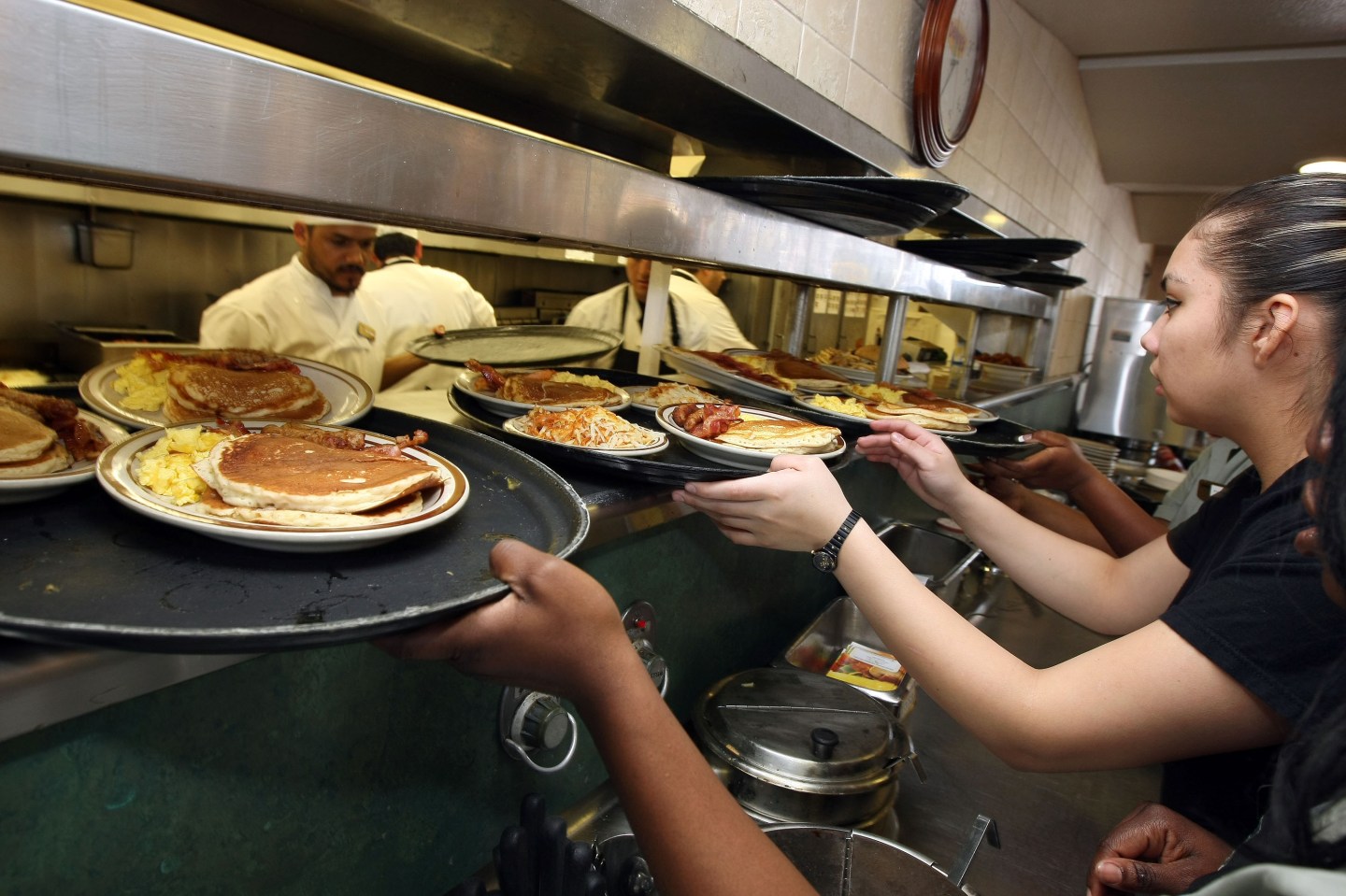 EMERYVILLE, CA - FEBRUARY 03: Denny's waitresses prepare to deliver sfree Grand Slam breakfasts to customers February 3, 2009 in Emeryville, California. People lined up at Denny's across North America today for a free Grand Slam breakfast given away between 6am and 2pm at over 1,500 Denny's restaurants in the US, Puerto Rico and Canada. The promotion was announced during a Super Bowl commercial. (Photo by Justin Sullivan/Getty Images)
Photograph by Justin Sullivan — Getty Images

A survey conducted by the Center for Research and Public Policy for Alchemy Systems found that the majority of food industry workers continue to go to work when they’re sick, Tech Times reports.

According to the Bureau of Labor Statistics, the median wage for food industry workers as of May 2014 was $19,560. For many of them, missing work could be too costly. Although she can’t speak to other restaurants’ policies, former Olive Garden employee Christine Gnecco told Tech Times that employees did not get paid when they didn’t show up for work. She added that, even though she followed the proper sanitary procedures, she was still worried about infecting one of her customers.

Though pay is significant, it’s not the only consideration. The survey showed that at least half of food workers continue to go to work when ill because they don’t want to abandon their team and leave them with extra work. Professor Jay Neal of the University of Houston’s hospitality program says that many food workers “have a deep sense of loyalty to their job, not necessarily to the leadership, but to the team, their co-workers.”

51% of workers reported that they “always” or “frequently” go to work when ill. This isn’t necessarily a huge problem if someone has a cold, but other fairly common illnesses like Hepatitis A, salmonella, and norovirus, all of which are easily transferrable through food, could prove to be dangerous.