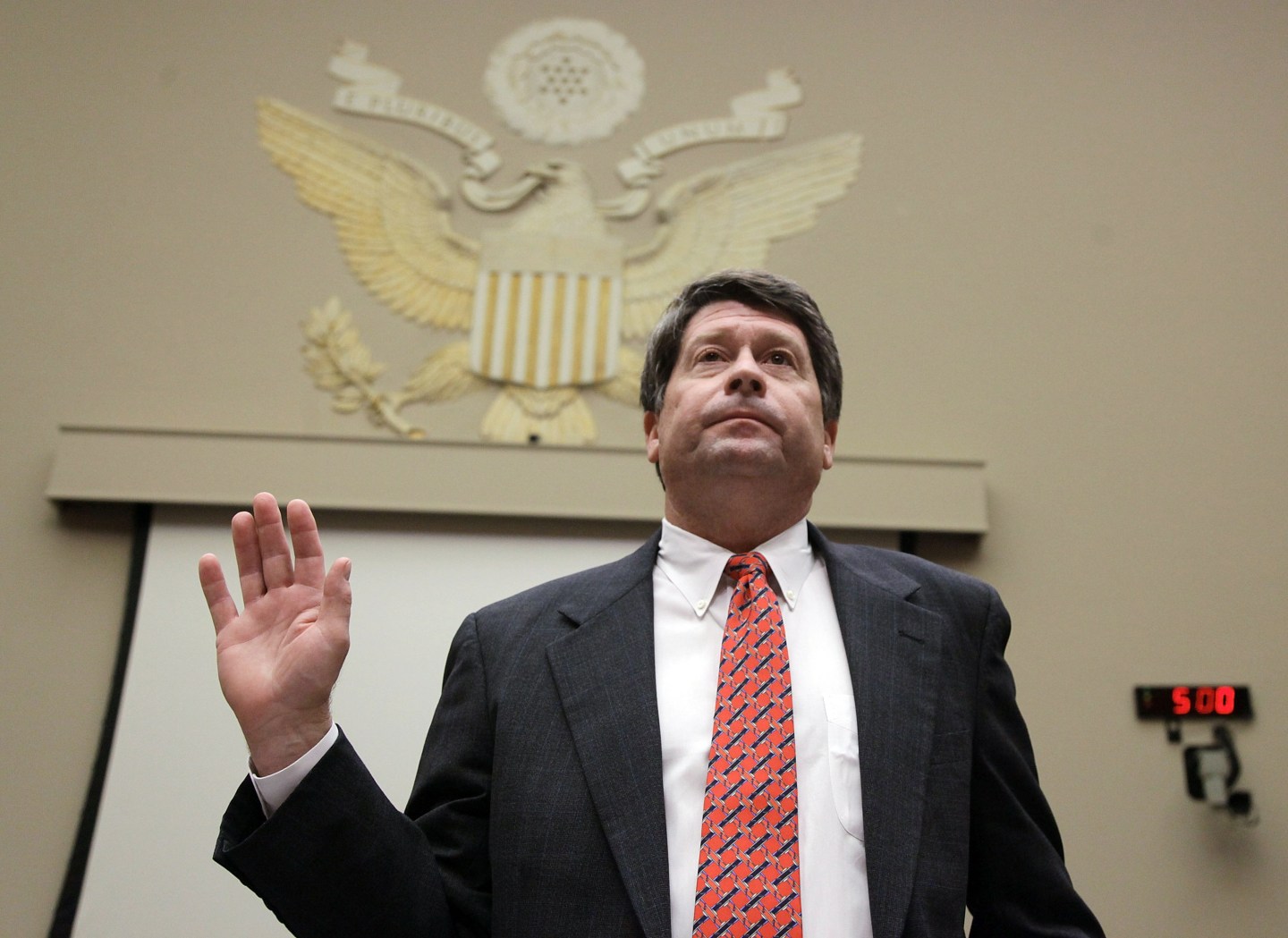 WASHINGTON - FEBRUARY 11: Stewart Parnell, owner and president of the Peanut Corporation of America, is sworn in before during a House Energy and Commerce Committee hearing on Capitol Hill February 11, 2009 in Washington, DC. The committee is hearing testimony on recent salmonella outbreaks associated with peanut butter manufactured by the Peanut Corporation of America. (Photo by Mark Wilson/Getty Images)
Photograph by Mark Wilson — Getty Images

The outbreak infected over 700 people in 46 states with salmonella. Nine of the victims died, and others were critically ill, making this the deadliest outbreak of its kind in recent years. Michael Parnell, Stewart Parnell’s brother and food broker, received a 20-year sentence, and Mary Wilkerson, a plant manager, received 5 years.

Parnell was convicted last year by a Georgia jury of 72 counts of conspiracy, fraud, and other federal charges. Prosecutors argued that he knew about the salmonella contamination and, instead of trying to contain it, he covered it up and ordered the products to be shipped. They cited an email that Parnell had sent to a plant manager regarding the contaminated products in which he wrote, “Just ship it.”

Health officials discovered repulsive conditions at PCA processing plants, including “roaches, rats, mold, dirt, accumulated grease and bird droppings.” They also found a leaky roof, which is particularly concerning since the presence of water exacerbates the growth of salmonella. Food safety experts compared it to “adding gasoline to fire.”

This is the first time that an executive of a food company has been convicted on a federal level for something like this. Similar cases have been considered misdemeanors in the past. Bill Marler, a food safety lawyer, says that by considering this unprecedented statement “Our government seems to be sending a clear message that poisoning your customers may well land you in jail.”

Another recent salmonella outbreak infected 285 people in 27 states, killing one. Marler filed a lawsuit earlier this month against Andrew & Williamson, the produce distributor that supplied the contaminated food products.