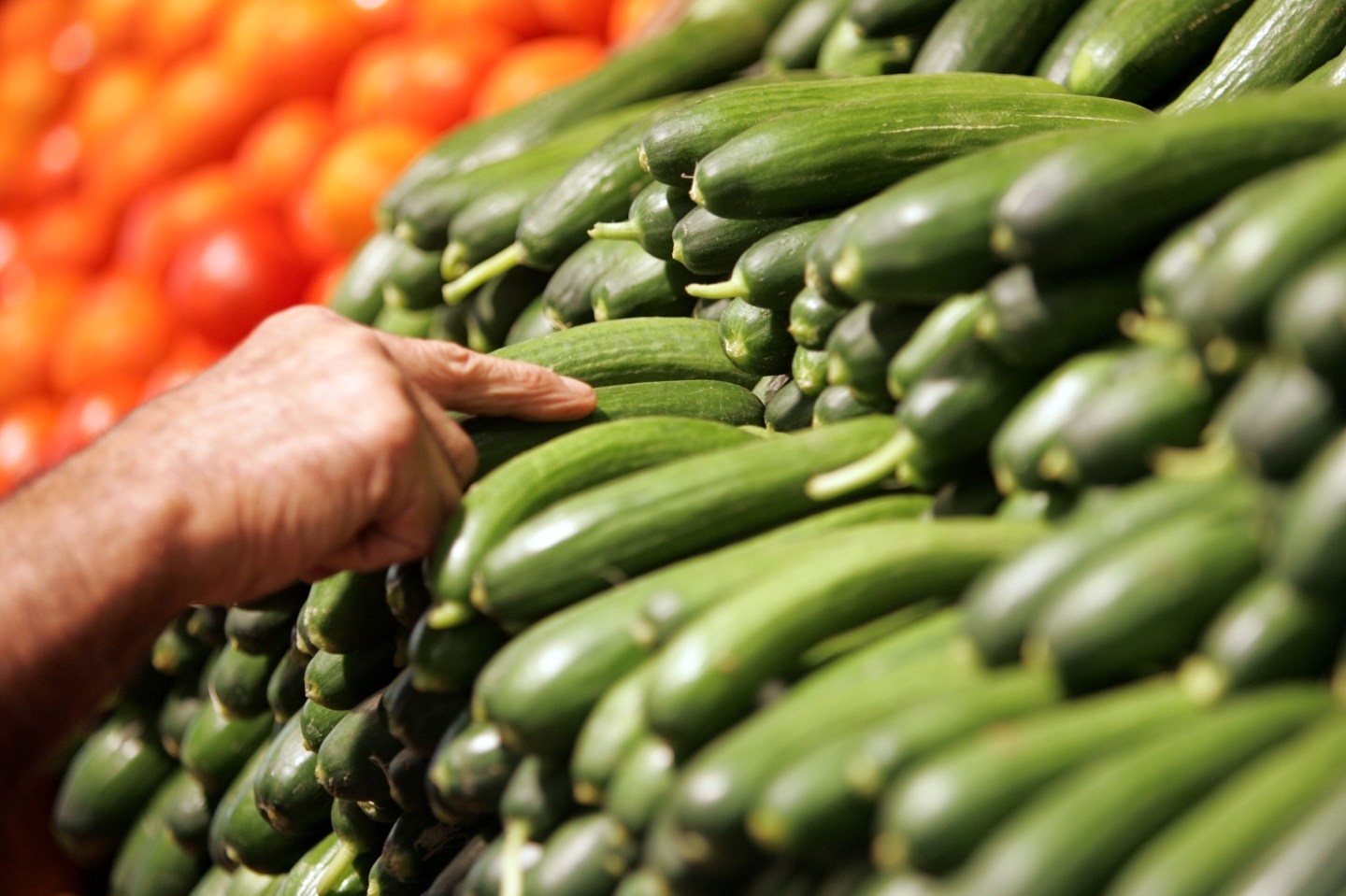 Two lawsuits, both in Minnesota, have been filed in connection with an outbreak of salmonella, apparently borne by cucumbers, that has killed one person and sickened hundreds of others in 27 states. Bill Marler, of the Seattle-based firm Marler Clark, filed a lawsuit earlier this week against produce distributor Andrew & Williamson of San Diego, Calif., on behalf of a Minnesota woman, Kathleen R. Dvergsten. Marler claims Dvergsten ate a tainted cucumber on August 12 at a Red Lobster in Farmington, Minn. She was hospitalized for more than a week and reportedly is still recovering.

On the same day, Adam and Rebecca Junior sued Andrew & Williamson after their son allegedly became ill after eating at a Red Lobster in Oakdale, Minn., on Aug. 9. He was not hospitalized, according to the suit, filed by PritzkerOlsen, a Minneapolis law firm.

Dave Murray, a partner at Andrew & Williamson, declined to comment on the lawsuits, saying nobody at the company has seen them yet. “We issued a voluntary recall and discontinued the (Mexican farm) field in question,” he said. “We’re cooperating with federal and state authorities.”

Marler’s lawsuit is based on strict product liability and accuses Andrew & Williamson of negligence.

Andrew & Williamson says it might not be responsible for the outbreak. “I don’t think anybody is certain at this point” how the disease was spread, Murray said.

Marker contends, “The chances of it not being them would be, I don’t know, one in 10 billion.”

In fact, the FDA says it hasn’t definitively concluded that Andrew & Williamson’s cucumbers are responsible for the outbreak of Salmonella Poona, a strain that is relatively rare in the United States. “The results of the traceback investigation indicate that Andrew and Williamson … was a common supplier of cucumbers that were eaten by the people in these illness clusters,” the FDA said in an announcement of its investigation. It is conducting the investigation in concert with the Centers for Disease Control and state governments.

In an article published by Food Safety News (which is financed by Marler Clark), Marler said that while “it’s good there’s a recall now underway, it didn’t come nearly soon enough.”

In an interview with Fortune, he seemed slightly more forgiving. The timing of a recall is “always a tough call,” he said. “The question is, how much information was available to [the company]?” Most cases of salmonella-tainted produce involve water spreading the disease, and the problem often occurs during processing, particularly the washing procedure. “It’s often a failure of the chlorine cleaning process,” Marler said. Salmonella comes from fecal material, usually deposited by animals in farm fields.

No conclusions can be drawn from the fact that the cucumbers came from Mexico, Marler said. Over the past decade or so, produce in Mexico has come to be handled in “the same conditions as in the U.S.”