Fannie and Freddie won’t go away 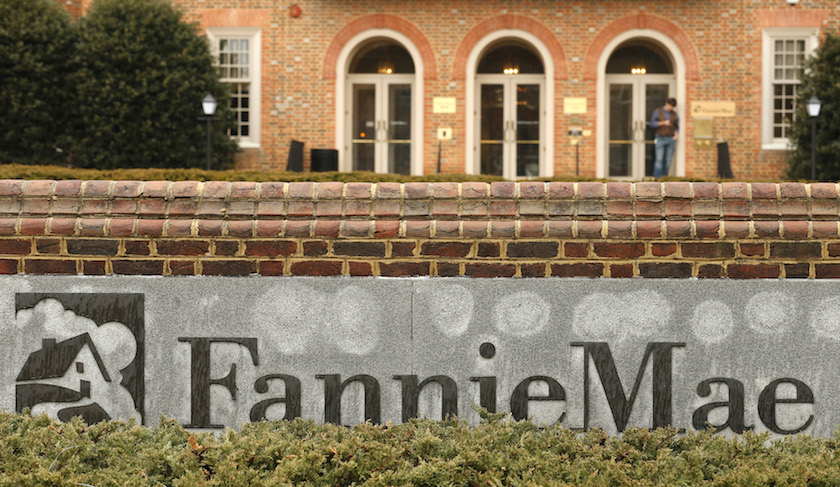 Let’s face it: Fannie Mae and Freddie Mac are a national disgrace. There is no good reason why the nation with the most sophisticated financial markets on earth should maintain a government market for mortgages. Nor is there reason why the last country to resist socialized health care should embrace socialized home ownership.

But here we are and here we will stay. The White House, caught between a rock and a hard place, acknowledged yesterday that housing finance reform will not happen in the Obama administration.

To recap: During the 2008 crisis, the government put the failing Fannie and Freddie into conservatorship, and provided a $187 billion taxpayer bailout. Since then, Uncle Sam has gotten his money back, and more. In 2012, the government changed the rules of the deal to grab additional profits, and has taken in a total of $239 billion.

That has the vulture investors who picked up Fannie and Freddie stock at a bargain crying foul. As long the government takes all the profits, they have no chance of making good on their investments. They want the companies to be recapitalized and released to the market– recreating the insane system of private profit and public risk that existed before the crisis. Top White House adviser Michael Stegman said yesterday that shouldn’t and won’t happen – at least while Obama is president.

But a mortgage market run by the government is equally insane. Problem is, ending the existing mortgage finance system abruptly would pull the rug out from under a weak economy – and no one is willing to do that. So the government is punting. Problem unsolved.

There might be a way out of this fix. Two of the last reasonable men in Congress – Democrat Senator Mark Warner and Republican Senator Bob Corker – started working on a plan in 2013 to phase out Fannie and Freddie, replace them with private insurers, and provide government guarantees in return for an explicit fee. But like most reasonable efforts in Congress these days, that one foundered.

In an excellent new book that attempts to make sense of the senseless history of Fannie and Freddie, Shaky Ground, author Bethany McLean quotes ousted Fannie CEO Franklin Raines saying several years ago that the mortgage giants “will be around a lot longer than anyone thinks. Give it ten years or so, and maybe we’ll rename them Bob and Tom, instead of Fannie and Freddie, but there they will be.”