These 5 employers are rescuing the 40-hour workweek 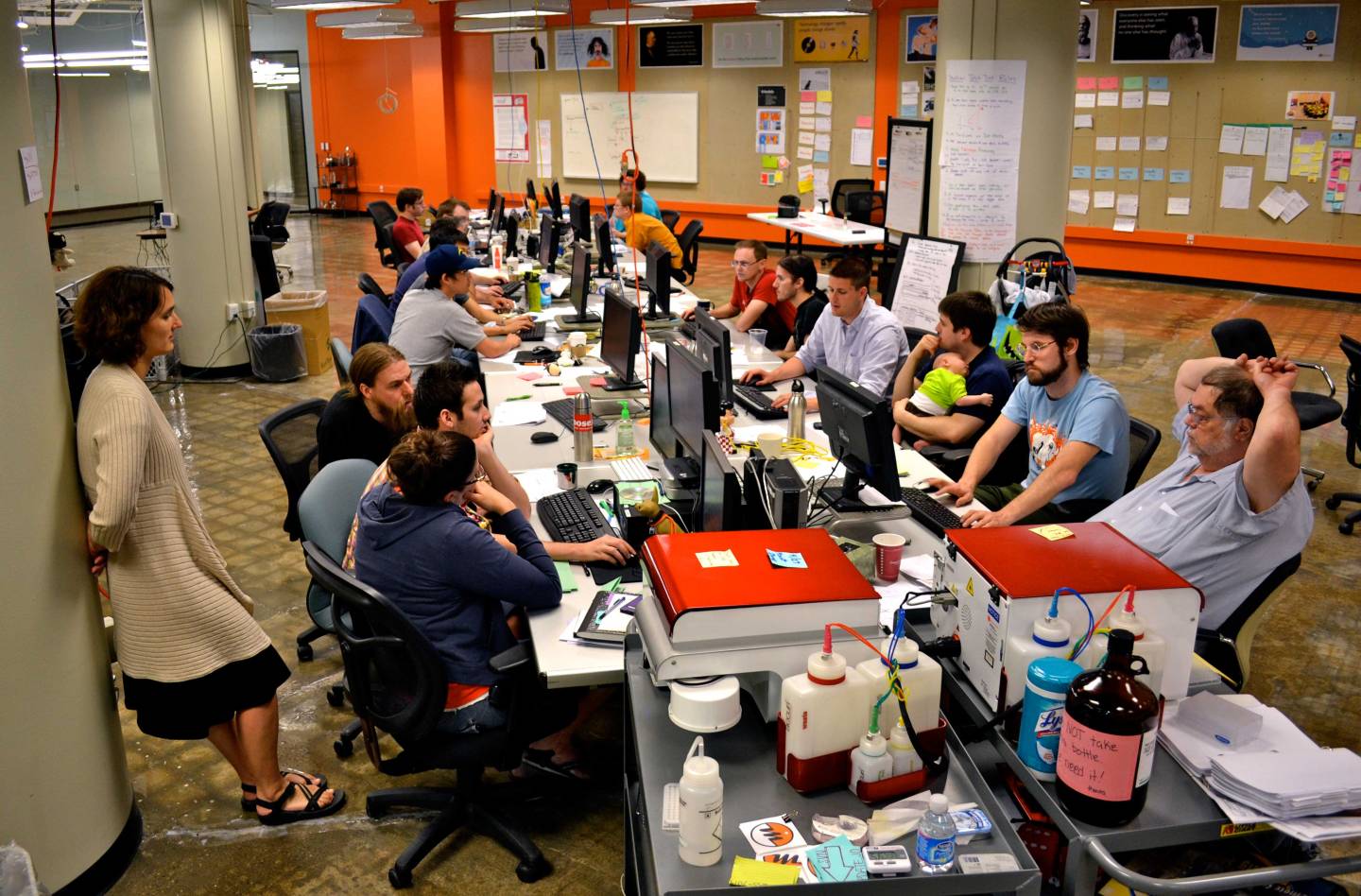 Rafat Ali wanted a different way of running his three-year-old travel intelligence startup Skift. Instead of the usual manic charge and a staff that might as well be living at the office, this year he instituted a new policy of no working weekends and strict 8am to 6pm hours.

By startup standards, that’s positively slacking, but it’s not so far off the national norm. The 40-hour week has become something honored more in name than in action. If you’re a full-time worker in the U.S., chances are that you’re working more. The average hours worked by full-time employees is actually 47 hours, according to a Gallup poll. (Take it with a little salt as studies show that people often overestimate the hours they work.)

Although figures from the Organisation for Economic Co-operation and Development show that workers in Mexico, Greece, Korea and Chile log more hours, Americans still put in more hours than their counterparts in Germany, Australia, Great Britain, Switzerland and even Japan.

Sweden is moving to the six-hour work day, or 30-hour work week. In France, a labor agreement signed last year requires companies to make sure that workers in high tech and consulting “disconnect” after working hours; for the estimated 250,000 employees covered by the agreement, that means not no emails and phone calls after 6pm. Amsterdam-based design studio Heldergroen actually enforces the end of the work day by cranking desks up into the ceiling, along with computers, paper, and that cup of coffee you were going to finish.

There are some good reasons to curb work hours. Stress, burnout and substance abuse have always been linked to overwork. And research suggests that employee productivity starts sinking after 50 hours. So a few American employers set an actual 40-hour work week, as the Wall Street Journal reported. ““You give us 40,” Laura Lawson, United Shore Financial Services’ chief people officer, told the Journal. “Everything else is yours.”

But these adherents form a small group. “Companies that have the long-term view of things will want to get the results but also have the good work-life balance,” says Jay Starkman, CEO of HR outsourcing company Engage PEO. “It’s just not that common when companies have that view.”

Here are a few U.S. companies that actively discourage working more than 40 hours a week.

When BambooHR started, the founders had the idea of a company where people might get a good work-life balance while still occasionally putting in extra time when a new release of the software is about to hit. But otherwise, “we want to build something that is going to be around for a long time,” CEO Ben Peterson told Fortune. “I’ve personally had interviews with individuals who are so gung ho to conquer the world: ‘I’m willing to work as much as necessary and be there all hours.’ They want to prove to the world what they’re willing to sacrifice and they’re not going to get that here.” Co-founder Ryan Sanders has written that the company has an “anti-workaholic” policy.

“A couple of years ago is when we made a stance,” CEO Mat Ishbia told Fortune. “Sometimes people think that it looks good to my leader if I stay until 6:30 instead of 6:00 because it looks like I’m a hard worker. A lot of people think I have to get there before the boss and I have to stay here after the boss.” Instead, the company generally suggests the people leave at 6:00 and skip working weekends. To make this happen, Ishbia says that he “over-staffs” to handle business peaks, which in another view might be called adequate staffing. The mortgage industry can by cyclical and there are times things get really busy even with the staffing. “If things are short, there are plenty of people who volunteer to work late to help,” he said.

Long hours may sound like extra value for the money to employers, but the results can be painful when services or products suffer. “Tired programmers start putting in lots of bugs,” CEO Rich Sheridan told Bloomberg. The office closes up at 6pm and employees aren’t even allowed to work from home. To help ensure that clients won’t ask for round-the-clock efforts, the company offers 25% project discounts in return for flexible deadlines. Menlo’s approaches to management have become so widely recognized that 5% of its revenue comes from teaching them to other businesses.

“I started my company with the 40 hour work week,” company president Tina Hamilton told Fortune. “I had owned another business where I personally, along with my employees, worked 70, 80, 90 hours. It’s how I grew up. When I sold that business and had some time to come down, I started to think about what kind of life I wanted. I was in my 30s, I had some money in the bank, and that’s what I decided: I would always hire enough people and to do that I had to pay for 40 hours, not 70 hours. I had no idea that people would want to flock toward us and want to work here.”

Because of a big jump in her business, she’s paid some people to work 45 hours instead of 40, but only until she can hire more help. She sees a danger. “If I see they’re working 45 hours and I’m making more money because I don’t have more overhead, that’s greed,” she says. “I have to keep my promise.”

Tech start-ups are notorious for long and late hours. Never Settle makes a point of saying, “We only work 40 hours per week, seriously.” The company has been doing this for two years so far after founder Kenn Kelly, who worked “an average of 60 hours a week over the last 7 years,” wondered “if this really was the right thing to do.” So far, the benefits of the experiment “have been monumental in the sanity and productivity of the team.”