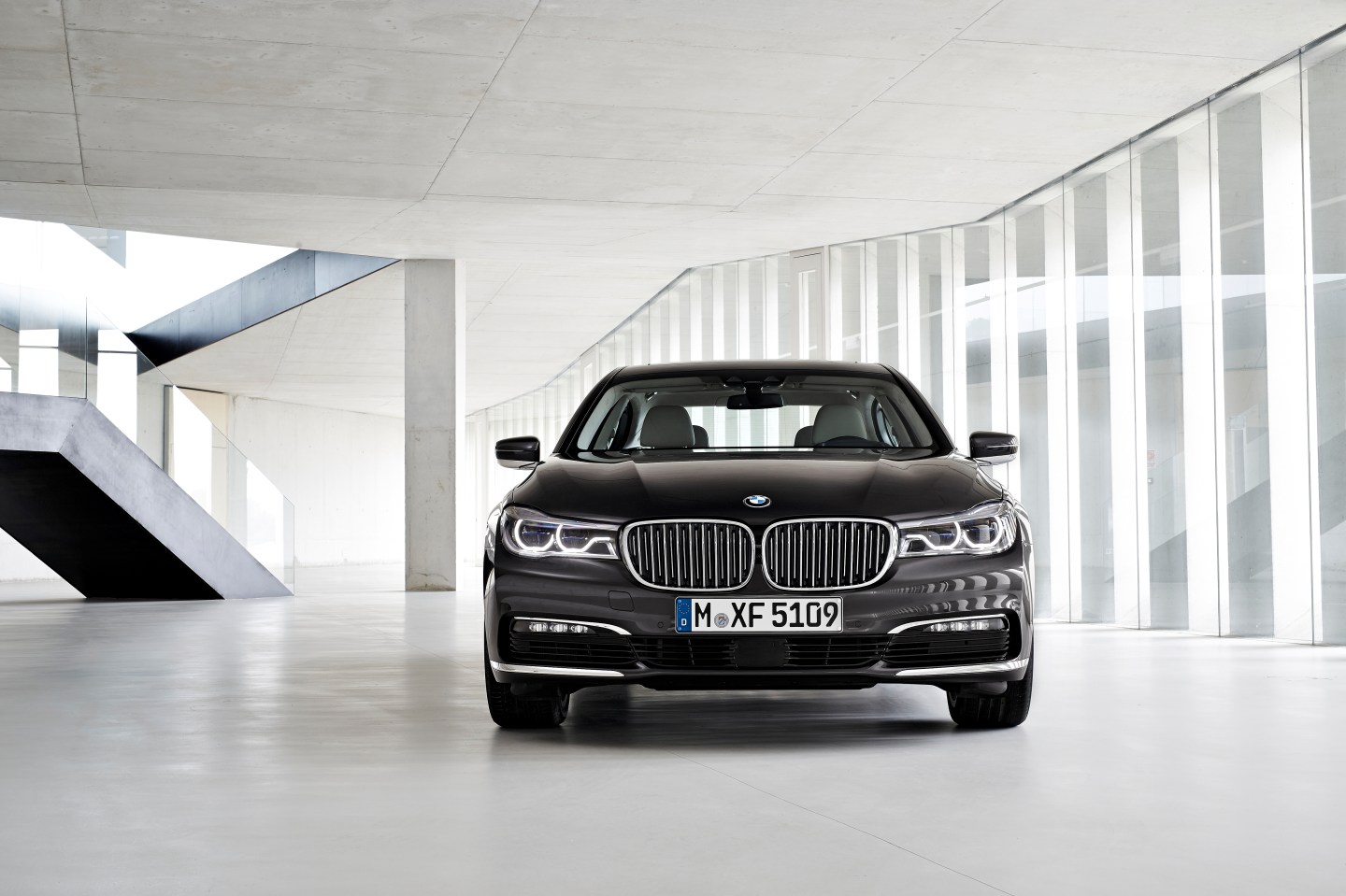 BMW is using a new tool to market its cars: ride-hailing company Uber.

The German automaker’s new top-of-the-line flagship 7 Series sedan won’t be available to purchase until Oct. 24, when it hits U.S. showrooms. However, Uber customers living in Miami, New York City, Chicago, and Los Angeles can take free rides in the 7 Series just by ordering it via the ride-hailing app. These free rides are one day only—Oct. 19—and will end by 8 p.m, just enough time to create some word on the street and social media interest as well as some media coverage (like here).

The promotion, albeit a short one, connects BMW with customers who might not normally take the time to take a test drive. It also highlights one of the best features of the new 7 Series: the backseat and all the infotainment and comfort controls available to those passengers.

This car is in many ways designed for passengers—meaning top-tier executives being shuttled around. The new 7 Series includes a removable 7-inch touchscreen tablet so passengers can control functions like climate, heating or cooling seats, lighting, infotainment, and communications. The car can also be ordered with a “rear executive lounge seating package,” which BMW says “redefines the meaning of long-distance comfort in a luxury car.”

The luxury rear executive package includes a massage function that offers the choice of eight programs, each with three levels of intensity. And, of course, there’s a “vitality program” that allows the passengers to engage in active training to revitalize the body on longer journeys. The training program instructions are displayed on the rear-seat entertainment system screens.

The 7 Series—the class platform that BMW uses to introduce its most innovative ideas in luxury and technology—was unveiled at the Frankfurt Auto Show in September. The 2016 model has a twin-power turbo engine that can go from 0 to 60 mph in 4.3 seconds.

The sixth-generation 7 Series is equipped with gesture control, which lets drivers move a hand or finger in a tracing motion to adjust functions in the car such as the volume on the entertainment system. The 7 Series also has a self-parking feature that allows drivers using a special key fob to guide it into a garage or parking space from outside the vehicle.

Uber has partnered with other automakers in the past, according to a spokeswoman. Back in July, the company offered a promotion through Akshaya Motors to offer test rides (and drives) of Mercedes-Benz vehicles in Bangalore, India. This is the first time Uber has partnered with an automaker on a release of a new make/model ahead of a retail launch, the spokeswoman says.