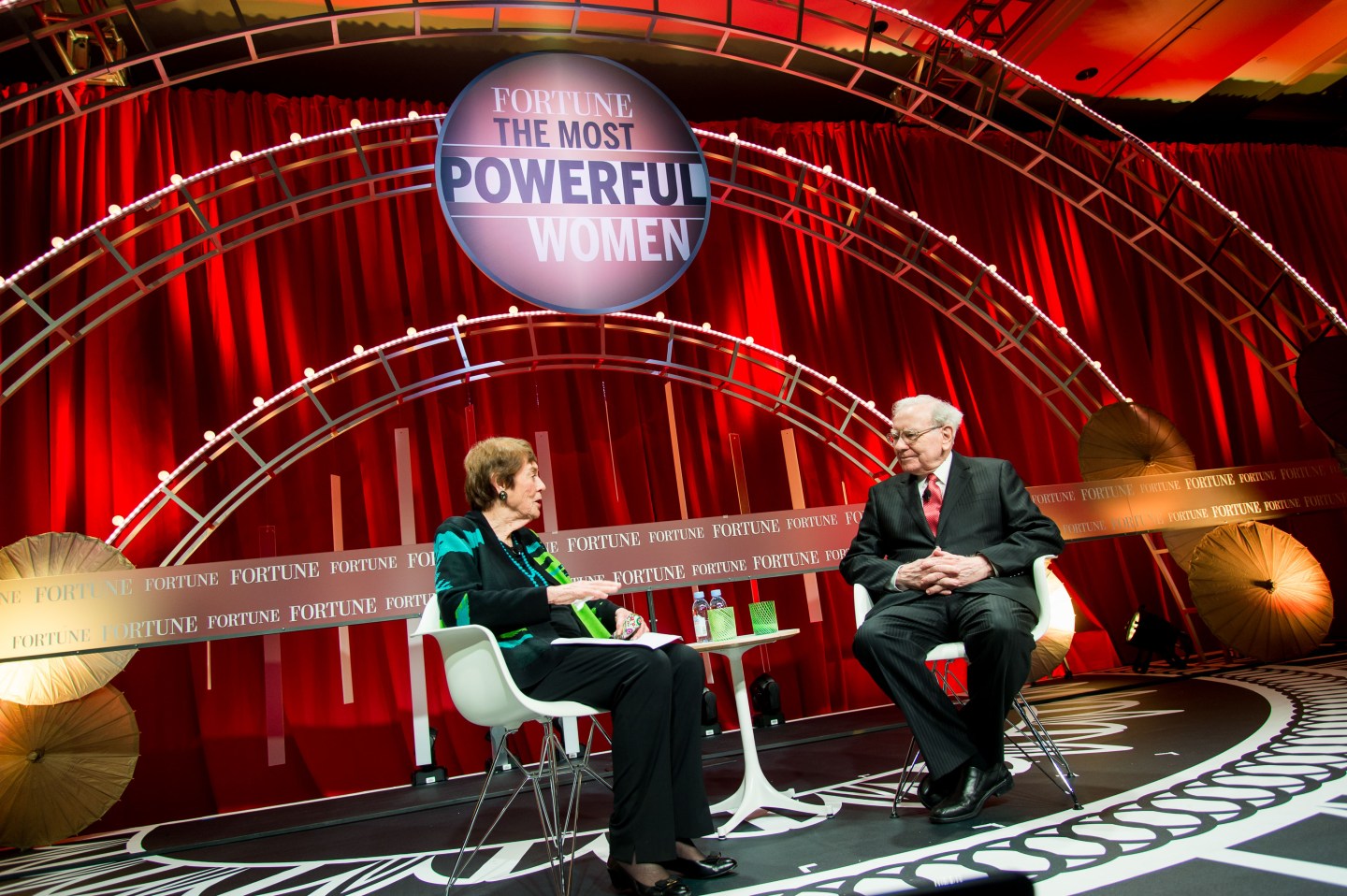 Warren Buffett, the Oracle of Omaha, is well-known for making wisecracks from time to time. And when he was invited to speak with Fortune’s Carol Loomis at the Most Powerful Women Summit this year, he certainly didn’t disappoint.

Here’s a look at some of his best zingers from the event.

At one point during the conversation, Loomis quizzed Buffett on his thoughts about activist investors and, notably, whether he’d ever consider becoming one. “What is your own personal appetite for joining with the activists?” she asked. “Well, it’s zero,” he replied. “Zero. Yeah.”

The discussion covered Wall Street, too. The Berkshire Hathaway CEO and billionaire investor offered his humorous perspective on how people interact there.

“Carol and I had a friend that described Wall Street in terms of the way it operates as having the innovators, the imitators, and the swarming incompetence,” he said, as the room of executives broke out into laughter. “And essentially that’s the way money attraction is.”

“Yeah. it could’ve been handled better,” he said with a grin. “Yeah.”

The discussion didn’t only center on politics and investing. Buffett also took some time to talk about marriage, too: “My partner Charlie Munger said if you want to guarantee yourself a life of misery, marry somebody with the idea of changing them.”
[fortune-brightcove videoid=4555209253001]

In his annual letter to shareholders from 2015, Buffett also provided a feast of one-liners, as collected by Fortune’s Stephen Gandel. Just a taste: He discussed why managers should be objective in their investing, saying: “If horses had controlled investment decisions, there would have been no auto industry,” Buffett wrote.