Here are 5 business leaders who live with dyslexia 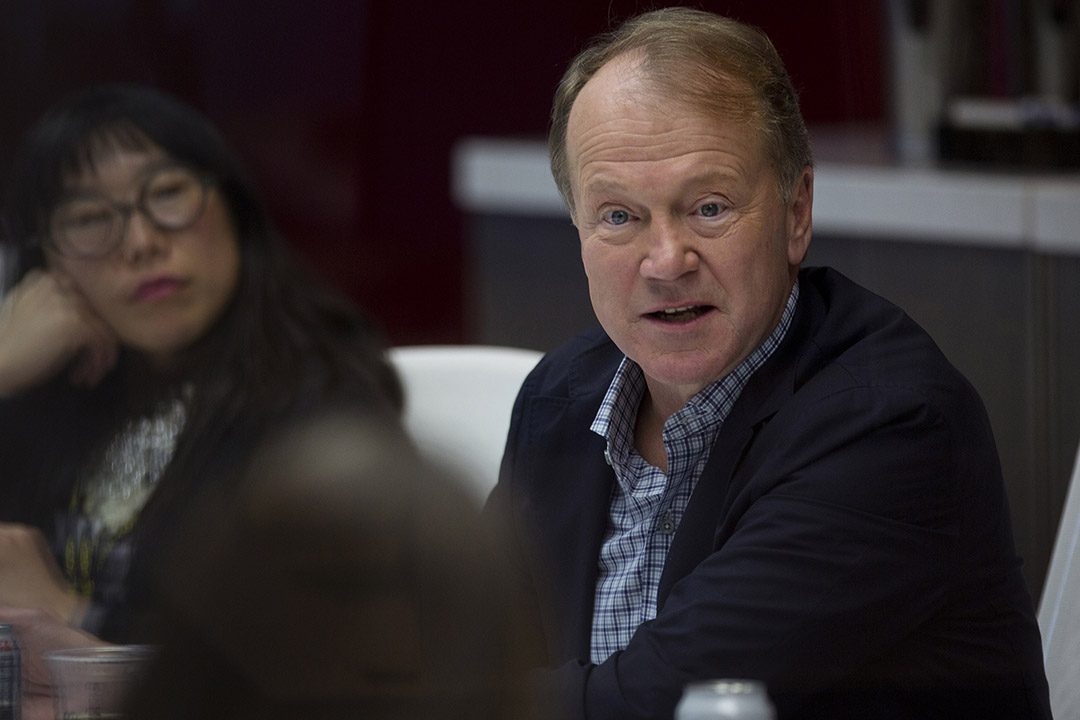 October is National Dyslexia Awareness Month, and you might be surprised to learn that some of the world’s top business leaders are dyslexic.

Dyslexia is characterized as a reading disorder in which the brain has trouble properly processing language, making it difficult to spell, read quickly, and write words.

In fact, many business leaders with dyslexia have attributed the condition to their success in business. Here’s a look at a few of those individuals.

The Virgin CEO recently penned a blog post to raise awareness for the condition and how it inspired him to be a better businessman: “I struggled with dyslexia when I was at school, long before it was widely known—my teachers just thought I was just stupid, lazy or both,” he wrote. “Words just looked like jumbles of letters on the blackboard to me.”

He added: "There are still many dyslexics out there, especially young people, who feel held back by their condition. I used my dyslexia to my advantage and learned to delegate those tasks I wasn’t so good it. This freed me up to look at the bigger picture, and is one of the main reasons I have been able to expand the Virgin brand into so many different areas.”

Real estate mogul Barbara Corcoran, who currently appears on the hit business reality show "Shark Tank," also considers her dyslexia a boon: “It made me more creative, more social and more competitive,” Corcoran said in an interview with Entrepreneur. “There’s a great freedom to being dyslexic… if you can avoid labeling yourself as a loser in a school system that measures people by As and Bs. And the kids that are so good at school, that don’t have to fight for it, very often they don’t do as well in life and business because they’re not flexible," she said.

Corcoran added: "There’s no system dictated to them out there like it is in school and they certainly tend not to make good entrepreneurs.”

Former Cisco (CSCO) CEO John Chambers disclosed he had dyslexia accidentally at a work event and became a spokesperson for it as a result. He recalled growing up with dyslexia in an interview with Business Insider last year: "In third and fourth grade, my teachers thought I may not go to college. I had two parents who were doctors and my mom was valedictorian in multiple classes. My parents always told me, 'you’re smart' and that’s nice from love, but that’s not what you see."

As a result of dyslexia, Chambers said he became a more savvy and efficient person. "Because of my weakness I’ve learned other ways to accomplish the same goal with faster speed. So in math, I can do equations faster by eliminating the wrong answers quicker than I can get the right answer," he said.

Another highly successful businessman living with dyslexia, the chairman and founder of the American brokerage and banking company has been an advocate to help others with the condition ever since his son was diagnosed. He even wrote a Letter to the Editor about his experiences with dyslexia in the Wall Street Journal: "When I was in grade school in the 1940's there was no word to describe my difficulty with reading and writing," he wrote. "I was 47 before I had a name and a diagnosis for this condition: dyslexia, the most common language-related learning disability."

He also said it proved beneficial to his career. "I think it leads to a better visualization capability, conceptual vision," said Schwab in another interview.

Paul Orfalea (above, left) is the founder of the copying giant Kinko's, which is now owned by FedEx (FDX). He was diagnosed with dyslexia and ADHD: "I would always hire people who didn't have my skills," he said in an interview with Bloomberg. "My secret was to get out of their way and let them do their job."

"You know what's great about a C student? They have risk-reward pretty much well-wired," he added when discussing growing through school with the two conditions. "A students are always putting in maximum effort, and C students say, 'Well, is it really worth it?'"