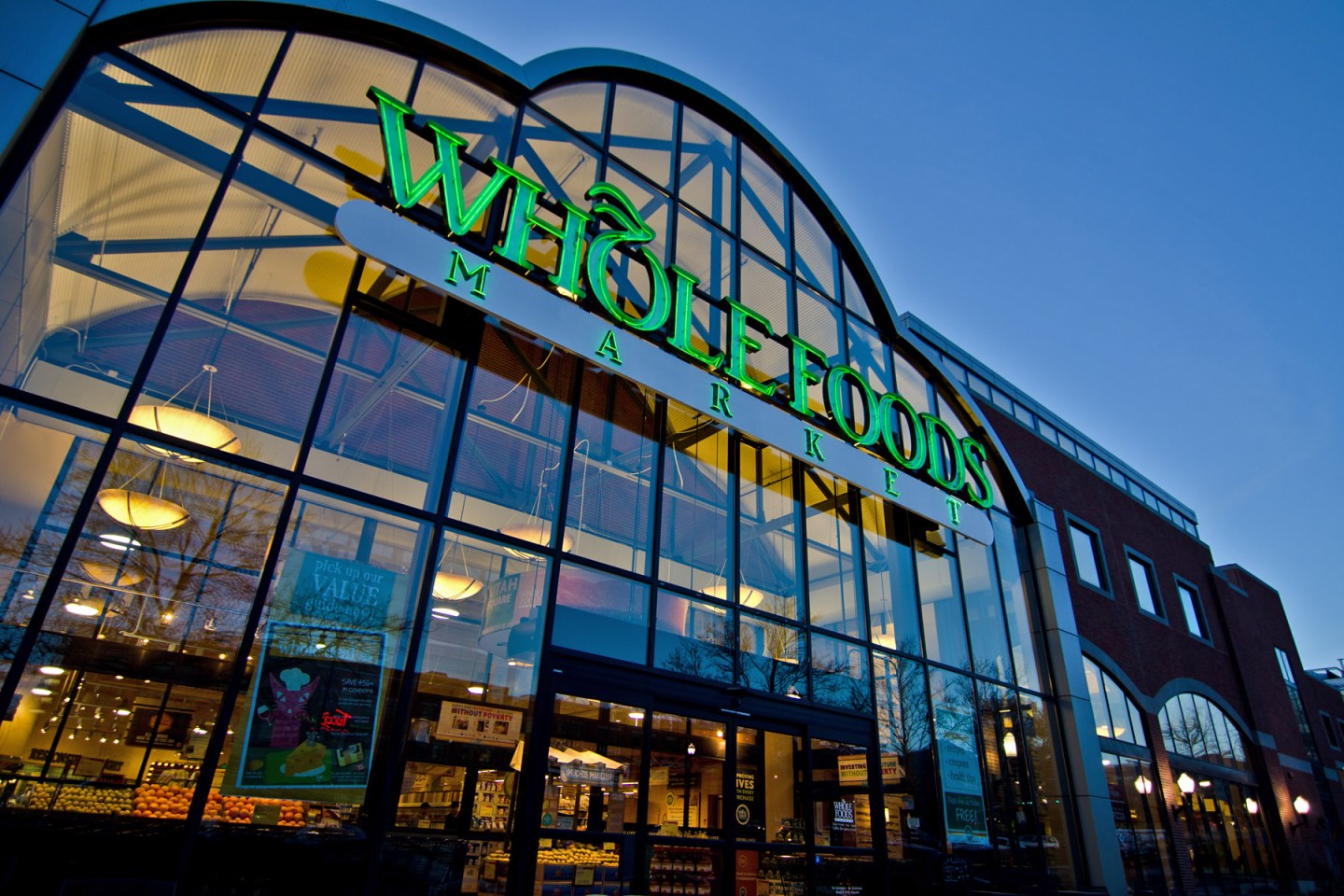 Whole Foods Market is best known as a leader when it comes to food, but if the company has its way it may soon be just recognized as a trailblazer in tech.

Today the high-end grocery chain is announcing a partnership with business enterprise software company Infor to build out a cloud-based platform for Whole Foods (WFM) to help with its merchandising and supply chain. It’s the latest move by Whole Foods to use technology as a differentiator as it faces growing competition in the natural and organic categories from chains as varied as Costco (COST), Trader Joe’s, and Sprouts (SFM).

“The word on the street is everyone is selling the same food. Well, they ain’t,” says Whole Foods co-CEO Walter Robb. “I know there’s a difference. I want to communicate the difference and sell the difference, and we’re partnering with technology to do it.”

Whole Foods has been early in embracing technology like grocery delivery service Instacart and Apple Pay, but the new partnership will tackle what Robb calls the last frontier—merchandising and supply chain.

Before all of you foodies zone out at the mention of enterprise software, know that this is not just some wonky back-end system for tech geeks. Having a better handle on inventory management and sourcing means the company can feed that information back to shoppers.

For example, Whole Foods’ new software system will eventually have the potential to capture hundreds, if not thousands, of attributes on every product—everything from a unit measure and weight to the metrics used in the company’s responsibly grown program, such as water usage.

Robb says that the system feeds into major shifts toward accountability, traceability, and responsibility. “The world is moving along those trajectories,” he says. “I think it will allow us to take some of those things, which have been basic strengths of Whole Foods and bring them forward.”

When it comes to traceability for consumers, the new platform could mean identifying something as specific as when your vegetables were harvested. Whole Foods will also be able to send information back to suppliers on how products are selling and give them insight into trends.

“It’s leveraging modern technology to expand the scope of how we look at retail and add the Whole Foods flavor to it,” says Whole Foods CIO and executive vice president Jason Buechel.

For Infor, the goal is to use Whole Foods as a lab for developing this new platform of retail software that could eventually be used by other companies. Infor CEO Charles Phillips, a former president of Oracle, says that while retailing has changed dramatically in the last 25 years, there “haven’t been many new systems to accommodate the new ways of selling and getting products to market.”

Much of the software for retailers in use today was developed in an era before multi-channel retailing and social networks. Each part of the business had its own system, but none of those systems talked to one another. Phillips says that with Whole Foods, Infor is trying to build a single system that accommodates all of those channels.

Because Whole Foods grew by acquisition and is decentralized by design, the company has a particularly fragmented technology infrastructure and is still doing manually what other retailers already have automated. Robb said the company used to focus its investments primarily on store experience and is now at a place where it can innovate on the back end.

While other retailers may be further along at this point, Buechel says Whole Foods will “leap frog” the capabilities of its competitors with the new platform.

Infor and Whole Foods started working together two months ago, and Robb described the decision to work with the enterprise software company as “a bit of a different pick.” Infor is the No. 3 company in the sector by size behind Oracle and SAP.