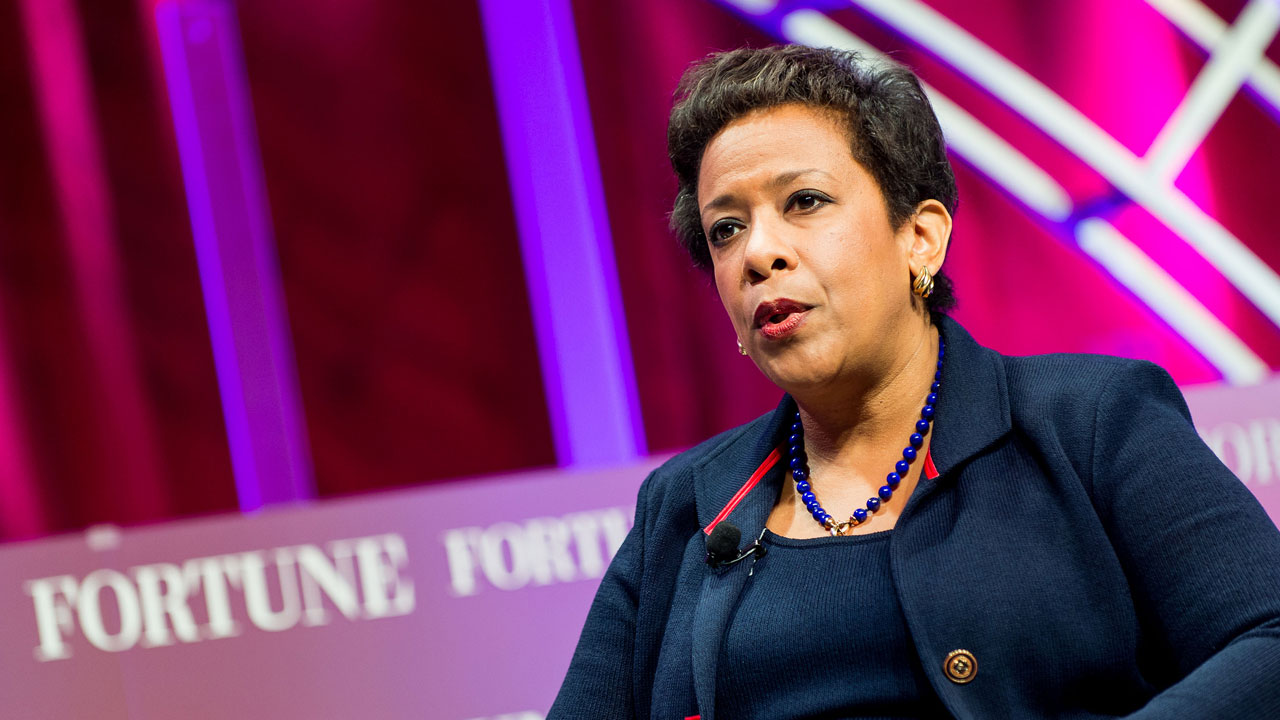 The Justice Department has endured criticism from Congress and watchdogs during the Obama administration’s tenure for not prosecuting more executives who helped precipitate the financial crisis. Now, six months into the job as America’s top cop, Lynch is pushing a new approach to hold corporate criminals accountable.

“For companies that want to cooperate with the government, we start with an investigation that focuses on individuals who have in fact contributed to or directed the actions that led to criminal culpability,” Lynch said Wednesday from Fortune‘s Most Powerful Women summit in Washington, D.C. “To get credit for cooperation, that has to be part of the equation — telling the complete story. It is essentially holding everyone accountable.”

Asked if the Justice Department is “going after” corporate America, Lynch didn’t deny it. “We are following the facts and the evidence where they lead,” she said.

The Justice Department’s new strategy — of targeting criminal conduct by individual wrongdoers instead of just collecting billions in fines from companies — is roughly a month old. And it already has its skeptics. But in describing the shift to the New York Times last month, a Lynch deputy said the department wouldn’t be satisfied with appointed fall guys. “We’re not going to be accepting a company’s cooperation when they just offer up the vice president in charge of going to jail,” the deputy attorney general said.

Lynch on Wednesday said she understands how companies can feel victimized by prosecutions, a perspective she gained from her interactions with clients during her stint in private practice. Even then, though, she said she would draw on her experience as a prosecutor to counsel her clients on the role of government in “protecting people from criminal conduct, particularly corporate conduct, which can have wide-ranging and far-reaching circumstances.”

Boiling down her message to the corporate world, Lynch said, “We want you to focus on responsibility, on accountability, and making sure that anyone who is behaving in a way that takes your company down a path of criminal activity be not a part of the process — and that’s something that we’ll be taking very seriously.”