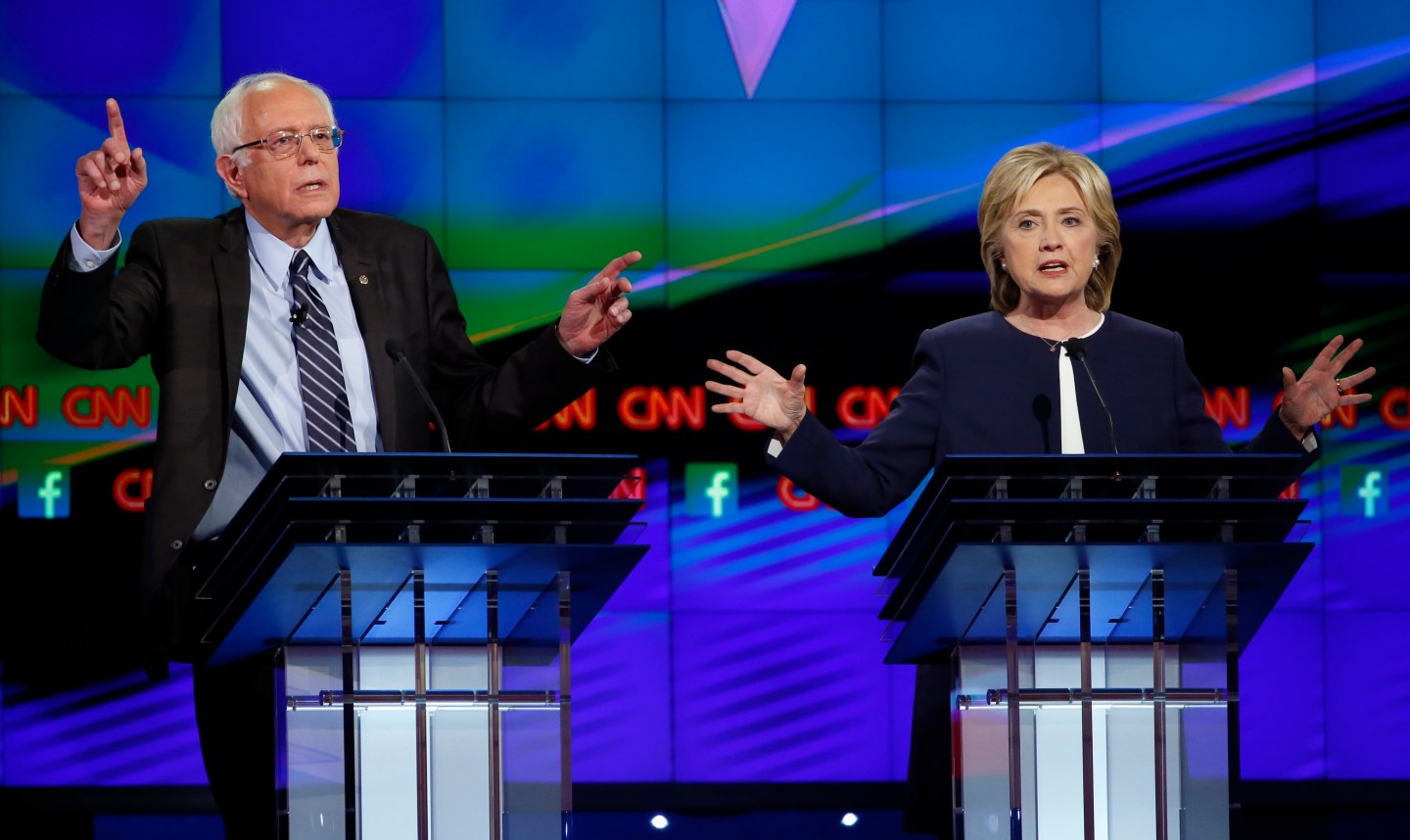 The first Democratic debate was last night, and this morning’s headlines touted a Hillary Clinton victory.

CNN, which hosted the debate, wrote that Clinton “proved without a doubt” why she’s currently the Democratic frontrunner; Forbes bestowed letter grades on the candidates, placing the former Secretary of State at the top of her class with an “A-“; The National Journal claims that the she won simply because she is a strong debater and Bernie Sanders is not.

However, multiple polls seem to show that most Americans don’t agree with these media pundits, asserting that Bernie Sanders was the clear winner.

One Google Consumer Surveys poll conducted for IJ Review, a website co-founded by a past advisor to former Republican presidential candidate Mitt Romney, shows Sanders in the lead with 43.7% of the vote, 15 points ahead of Clinton. The third runner-up was “Not Sure” with 17%, and the remaining three candidates received a combined total of just under 11%.

Three additional polls (still active at the time of writing) also show that Sanders was perceived as the debate winner with over half the vote. Time had him winning with 57%, NJ.com with 71.71%, and Fox2Now with 80.72%, almost six times Clinton’s 14.09%.

Fortune also posed the question, sans poll, asking readers to share their thoughts about the debate. The comments overwhelmingly lean in favor of a Sanders victory.

These informal polls should be taken with a healthy dose of skepticism, but they do provide an interesting counterpoint to the consensus of the beltway media.