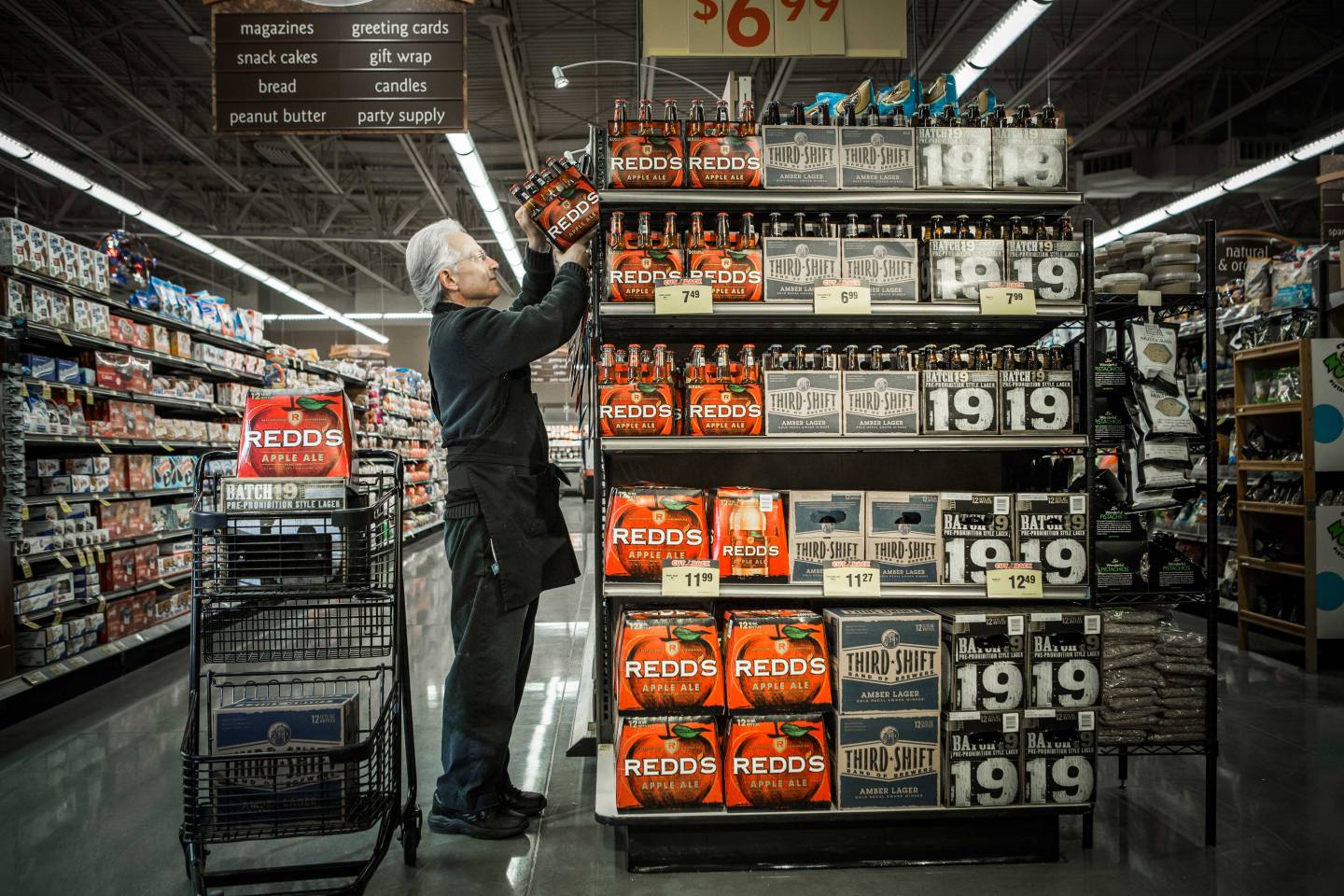 Wall Street stock futures are lower this morning after data showing that China’s exports fell for the second straight month in September, this time by 3.7%. The figures revived fears about the extent of the slowdown in China’s economy. The country is due to publish gross domestic product figures for the third quarter next week.

Today’s must-read story is by Fortune’s Ben Geier on why the Presidential primary debates matter–at least somewhat. They are at least a small part of the bigger picture for voters. Read more here.

1. Megabrew Inc. is a big step closer to reality

The world’s two biggest brewers have agreed in principle to merge, after Anheuser-Busch InBev, the maker of Budweiser and Stella Artois, raised its offer for SABMiller to 44 British pounds ($67.32) a share. The deal values SABMiller at $104 billion, making it the largest merger of the year to date, and clearing the way for a company that will dominate the beer market in virtually every major market in the world. SABMiller’s shares are the biggest risers on the London Stock Exchange this morning, while ABI’s are also up around 2.5%.

JPMorgan Chase (JPM) rings in the start of third-quarter earnings season for the big banks in the U.S. when it reports after the market close. JPMorgan is expected to post earnings-per-share of $1.39, based on analyst estimates. Though, the bank has had trouble meeting consensus estimates, missing in three of the last six quarters. The financial industry had the second largest downward revision for earnings growth of the ten sectors with the S&P 500 Index. Earnings estimates were cut for 53 of the 88 companies in the industry, according to FactSet.

The first U.S. trial concerning the rigging of the benchmark interest rate known as Libor begins in New York City today. Two former Rabobank traders from Britain, Anthony Allen and Anthony Conti, are being accused of manipulating Libor in order to help their company’s lending positions. A U.S. and European investigation resulted in charges against 22 people in America and Britain and nearly $9 billion in regulatory settlements.

4. Update on the oil market.

Two different oil reports hit today. First up is the International Energy Agency’s monthly Oil Market report at 4 a.m. ET with the latest outlook for global oil supply and demand. Oil prices sank to a six-year low in August, but the IEA anticipated that global oil demand growth will climb to a five-year high this year. Then, at 2 p.m. ET the U.S. Energy Information Administration will release its Drilling Productivity Report, providing an update on oil and gas production from the biggest shale formations.

The first Democratic debate of the 2016 presidential election will take place in Las Vegas tonight at 9 p.m. ET. Americans will get their first side-by-side look at Democratic presidential hopefuls Hillary Clinton, Bernie Sanders, Martin O’Malley, Jim Webb and Lincoln Chafee. The debate will air on CNN, which said that U.S. Vice President Joe Biden could still join in if he declares his intention to run for the presidency before the candidates take the stage.