The Presidential primary debates do matter … sort of 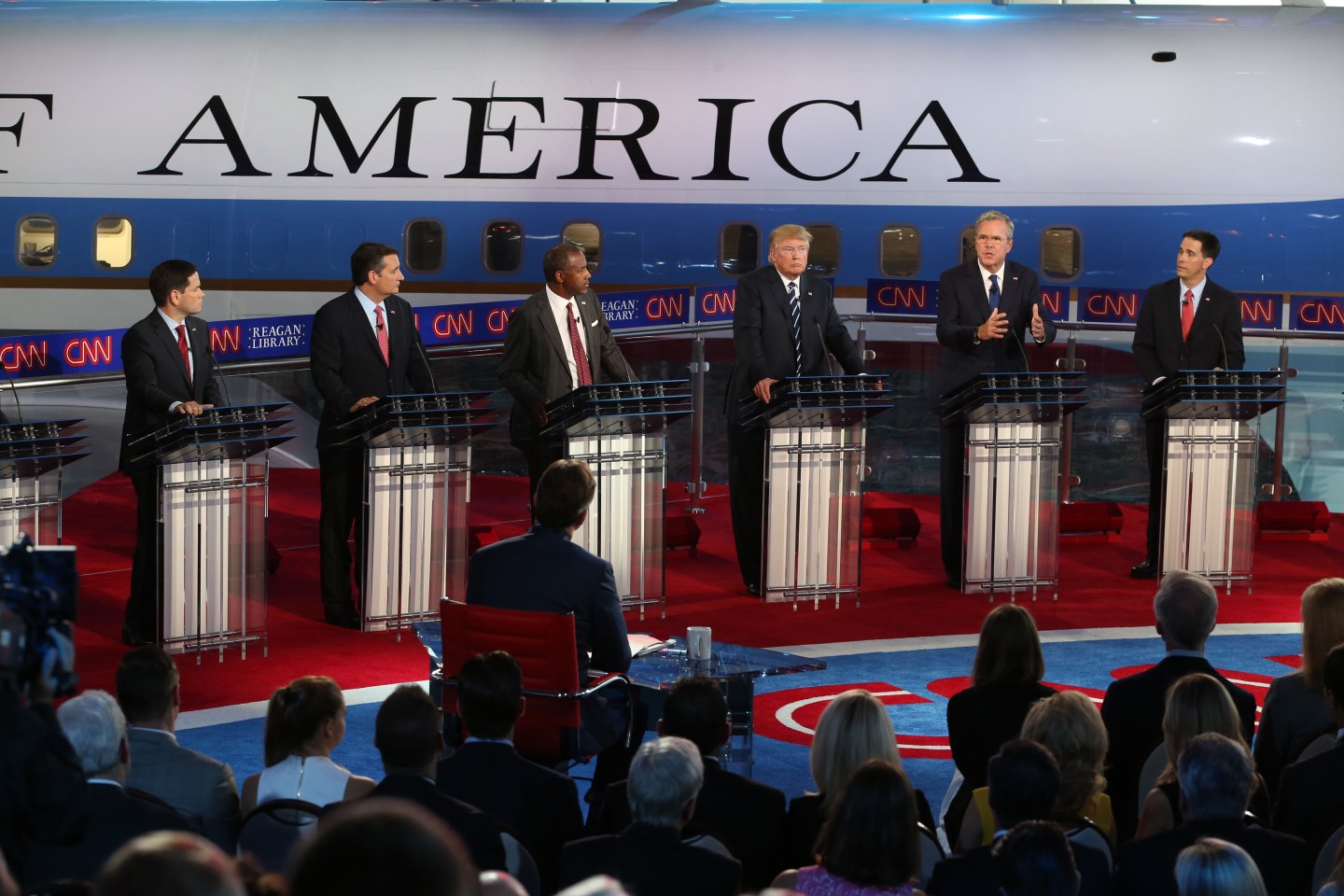 But even without a show boater like Trump onstage, political debates over the years have had their fair share of memorable moments. Remember Lloyd Bentsen’s zinger in his vice-presidential debate with Dan Quayle in 1988?

Or how about when Ronald Reagan dropped the hammer on Walter Mondale in 1984?

And then there’s the benchmark of memorable upsets: the first Presidential debate ever televised, between Richard Nixon and John Kennedy in 1960. The photogenic Kennedy was famously much better on television than the pale and sweaty in Nixon, and in 2010 Time opined that without that televised debate, the junior senator from Massachusetts would never have been President.

But the voting public has watched a lot of debates since then, and even if Tuesday night, or any future debate, has its own defining moment, will it prove to be either the turning point in a candidate’s rise to the White House or the catalyst that forces a candidate to drop out?

“They are just a small part of a bigger picture that voters develop,” he says of debates, adding that he doesn’t believe that “any debate can really be a game changer and fundamentally shift the electorate.”

Even when the press and the public perceive a big boost to a candidate, such as the support bump former HP CEO Carly Fiorina got in the aftermath of two very strong debate performances, it’s unlikely to really impact who wins the nomination, Zelizer says. And due to the unwieldy nature of the current Republican field — a large number of candidates, including three non-politicians (Trump, Fiorina and Ben Carson) getting considerable support — Zelizer thinks the poll numbers are likely more pliable than in other elections. With many voters still not convinced that Trump is going to make it to the primaries, his votes may end up being up for grabs, skewing today’s polls.

Just because one debate is unlikely to serve as a make-or-break moment, though, doesn’t mean they don’t serve any purpose—or that candidates don’t have to be on their toes. For drawn-out battles of attrition like the fight for a nomination, they do help with what Wake Forrest communications professor Allan Louden calls “the winnowing process:” As the campaign moves along, candidates fairing poorly in polls and debates will drop out.

Louden notes that in 2012, Rick Perry, already on the downswing, found the dais to be his Waterloo when he uttered his infamous “oops” after forgetting which executive departments he wanted to eliminate. This year, Louden says, Scott Walker’s poor debate performance likely contributed to his pulling out of the race.

Of course, the debates can also be used to salvage a floundering candidacy, at least temporarily. In 2012 Newt Gingrich used a great performance to get himself back in the conversation. And silence during a debate can be golden as well. “It makes sense to kind of go into the woodwork and disappear until everyone else works it out,” Louden says. “Maybe that’s what [Florida Senator Marco] Rubio is doing.”

One also has to keep in mind that the debates airing now are for contests that are still a long way off. Both parties, though, have more scheduled through 2016, — six for the Democrats and nine for the Republicans. Debates held closer to voting could have a bit more of a direct impact—especially when the field has narrowed—but by that time, Zelizer notes, nearly all voters will have a pretty well-informed opinion of each candidate.

“It’s hard to imagine,” he says, that “people [will] watch the debate and suddenly have a fresh and original opinion on one of these candidates.”

Still, there is reason to believe that the debates for the upcoming Presidential election could be more meaningful than in past years for one simple reason: More people are watching. The last Republican debate averaged more than 23 million people, reported CNN. The most watched debate of the 2012 primaries, by comparison, averaged just more than 6 million viewers.

Some will say that this number is inflated by a lot of viewers who tune in just to see the latest crazy thing Trump says. But it’s still more eyeballs on candidates than ever before. Without an attention-grabbing candidate behind the podium, however, it remains to be seen if the Democrats can pull off those kinds of numbers too.