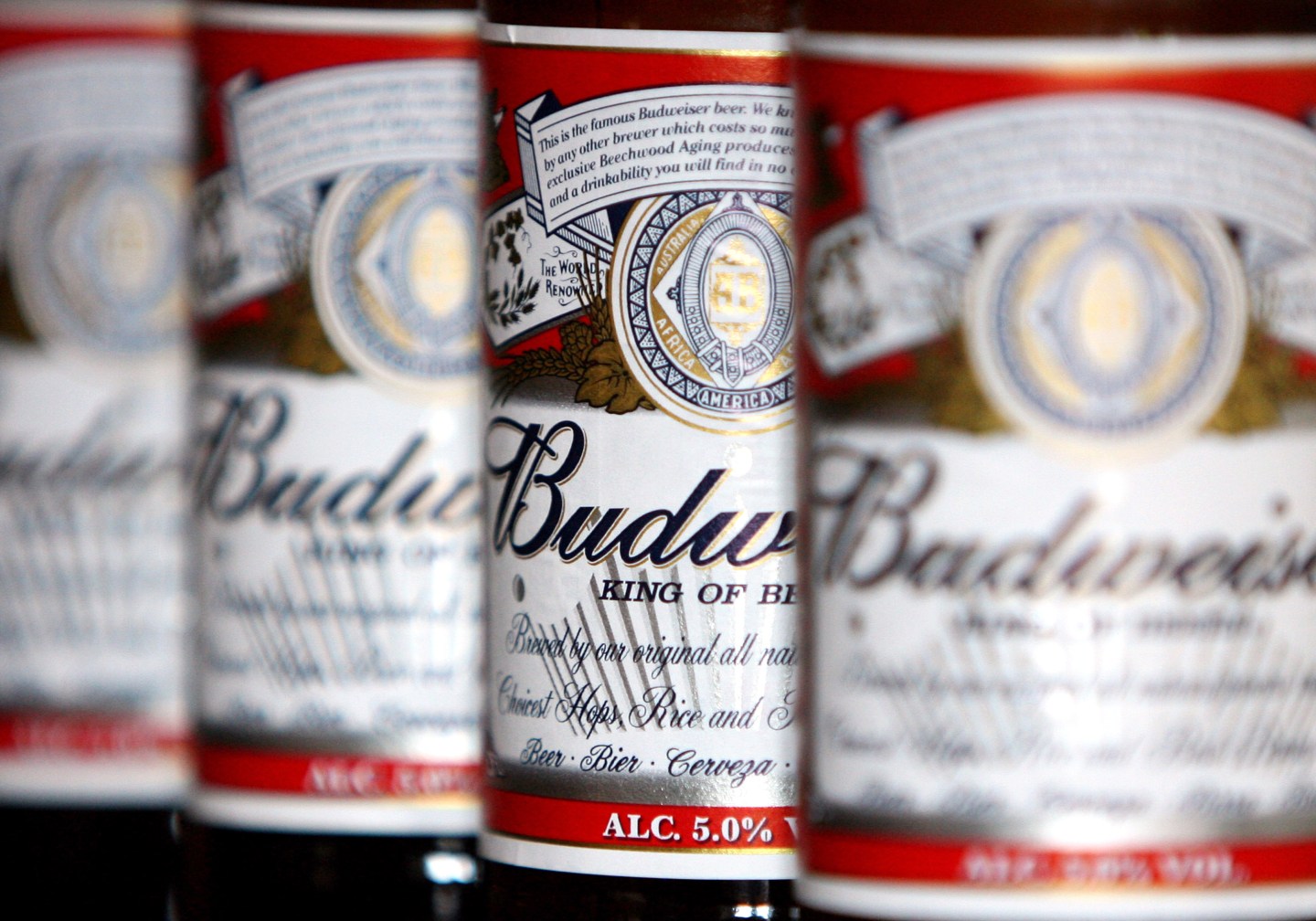 The world’s two largest brewing groups are to merge after all, as SABMiller Plc (SBMRY) decided to recommend a slightly improved (but still informal) offer from its larger rival Anheuser-Busch InBev (BUD).

The merger, which values SABMiller’s equity at $104 billion, will bring together companies that currently account for one in every three beers drunk across the planet, creating a group that will be either no. 1 or no. 2 in virtually every major market in the world.

SABMiller said in a statement Tuesday morning that the two companies had agreed ‘in principle’ to a deal very similar to the one outlined last week, after ABI raised its offer one last time. The U.S.-Belgian conglomerate sweetened its terms to smaller shareholders by some 4.3% to 44 British pounds a share, and the terms for the strategic shareholders who control 41% of SABMiller’s stock by 4.1% to the equivalent of GBP39.03.

In addition, SABMiller will be able to pay its current shareholders nearly $2 billion ($1.22 a share) in dividends for the period up to March 2016, and will be entitled to a $3 billion break fee from ABI if the deal fails to complete.

The only other significant difference from last week’s offer was that ABI committed to make the “best efforts” to secure regulatory clearances required for the deal, a wording that could leave it liable for compensation if it fails to get antitrust clearance in key markets. Last week, SABMiller had complained that ABI had no plan for ensuring antitrust approval in the U.S. and China, where a combination of the two would be unacceptable for local regulators.

Altria Inc. (PM), which owns 27% of SABMiller, had already signalled its approval to accept last week’s offer, but the BevCo holding company of the Colombian-based Santo Domingo family had held out, persuading the board to reject the offer.

Under takeover rules in the U.K., where SABMiller has its primary listing, ABI was required to make a formal offer by Wednesday evening in London, or else withdraw its interest, after having declared its intention to bid last month. The deadline for a formal offer has now been extended to Oct. 28. In the meantime, the two companies still note that “there is no certainty that a formal offer will be made.”

SABMiller’s shares leapt in reaction to the news. By midday in London, they were 9% higher, easily the biggest gainers on the London Stock Exchange. ABI’s shares in Brussels rose a more modest 2.4%.

However, the stock market is still obviously not convinced that the deal will go through. Despite surging, SABMiller’s shares were still over 10% short of the GBP45 level promised by ABI. That reflects concerns that antitrust issues will either wreck the deal completely, or only be given in return for a much more drastic slimming-down than currently expected in markets like the U.S. and China.