Re-Tooled: How Timberland got back on its feet 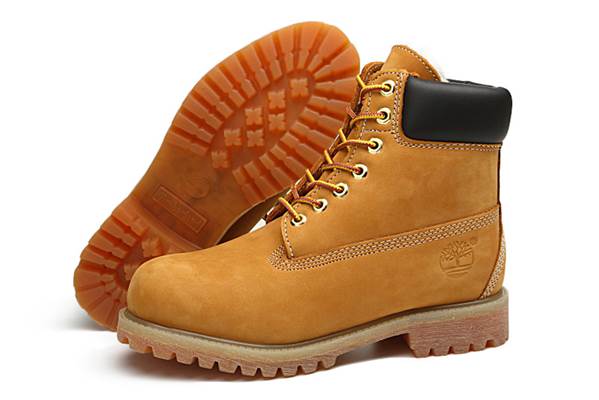 This is the first post for Re-Tooled, a regular series by Fortune Senior Writer Phil Wahba that looks at how once-struggling brands have rejuvenated themselves.

A brand never succeeds by trying to be all things to all people. Just ask the people who run Timberland.

The brand of high-performance outdoor footwear and apparel is booming again. The company, owned by VF Corp (VFC), saw revenue rise more than 15% to $1.8 billion last year, and its operating profit rate climbed for the fourth year in a row, to 13%. And Timberland has ambitious plans to reach $3.1 billion in revenues and 18% margins in 2019, fueled by a bigger emphasis on higher-income city dwellers around the globe who love the outdoors, and perhaps more importantly, the outdoors look.

Not that long ago, the brand was in a rut: When VF bought New Hampshire-based Timberland for $2 billion in 2011, the brand’s sales were stuck at the same levels as in 2006, and its operating margin at about 8%. What’s more, Timberland didn’t seem to know what it stood for. Enter VF, which also owns brands like The North Face and Vans. VF, the world’s largest apparel maker, gave Timberland tools it didn’t have before, and prompted it to zero in on what it did best and aim to reach a more targeted set of customers.

Timberland’s brand president, Stewart Whitney, recently hosted Fortune at its store in New York’s SoHo district. Whitney, a 15-year Timberland veteran who became its head last year after overseeing its Asia expansion for six years, explained how Timberland got back on track, and how it plans to achieve its ambitious 2019 goals.

Timberland had fallen into the trap that ensnares countless brands: trying to cater to practically everyone. The company, which started life in 1955 as the Abington Shoe Company before becoming Timberland in 1978, sent signals to consumers that by turns indicated it was a boot brand, or a casual apparel brand, or an outdoor outerwear brand for hardcore adventurers. The marketing identity crisis ultimately confused consumers, failing to make clear enough what set Timberland apart.

“The fact that we didn’t stand for anything distinctly meant we didn’t really resonate,” says Whitney.

Just compare these three ads from a few years ago, before VF came in: they splinter the message, not making it clear whether Timberland is about technical and outdoor performance, green virtues, or outdoor fashion.

In contrast, look at this ad from its current campaign, focusing on stylish urbanites:

Its conclusion: Timberland’s target customers should be what it calls “outdoor lifestylers,” or city dwellers who like the outdoors but want footwear and clothes that have more style than purely outdoor brands. (This also helps Timberland avoid competing too directly with sister-brand The North Face.)

Step 2 – Cater to a newly defined customer base

Timberland customers made it clear they wanted shoes, boots and clothes that were more versatile–in other words, attire that they could wear in town without looking like they were about to climb Mount Everest.

That led the company to build up its men’s casual wear assortment, to add more style so Timberland wares could be worn in cities and suburbs as well as out in the country, and to start to build a women’s casual footwear business. All that was through the lens of that “outdoor lifestyle” enthusiast, which Whitney says makes up about 20% of people in any market.

“When you go after lots of consumers, with lots of messages, the odds are higher for a misfire,” he says.

By repositioning itself at a higher end and being more focused, Timberland was able to shift away from promotions, meaning fewer items ending up in a clearance bin or in an outlet mall; the strategy also won the brand more pricing power.

Timberland in 2013 relaunched its North American apparel business, armed with VF’s enormous production, distribution and sourcing firepower. Prior to that, Timberland had been outsourcing clothing production to VF rival PVH (PVH), owner of the Izod, Tommy Hilfiger and Calvin Klein brands, among others.

Timberland still gets about 80% of its sales from footwear. But with its push to add more style to its clothing, as evidenced by its Black Forest line (featured in the ad above), it needs more control over production–something it now has–so it can add or remove products from its assortment more quickly.

Even as Timberland plans a big push abroad, it won’t try to pepper target markets with stores everywhere. (Most of its sales are via wholesale to other stores rather than through its own stores.) Rather, the focus is on what Whitney calls “fortress markets,” or larger urban markets across key regions. What’s more, Timberland has eliminated many products in its assortment to focus on the specific items that sell well.