Here’s why Deadspin is right, and the NFL and Twitter are wrong 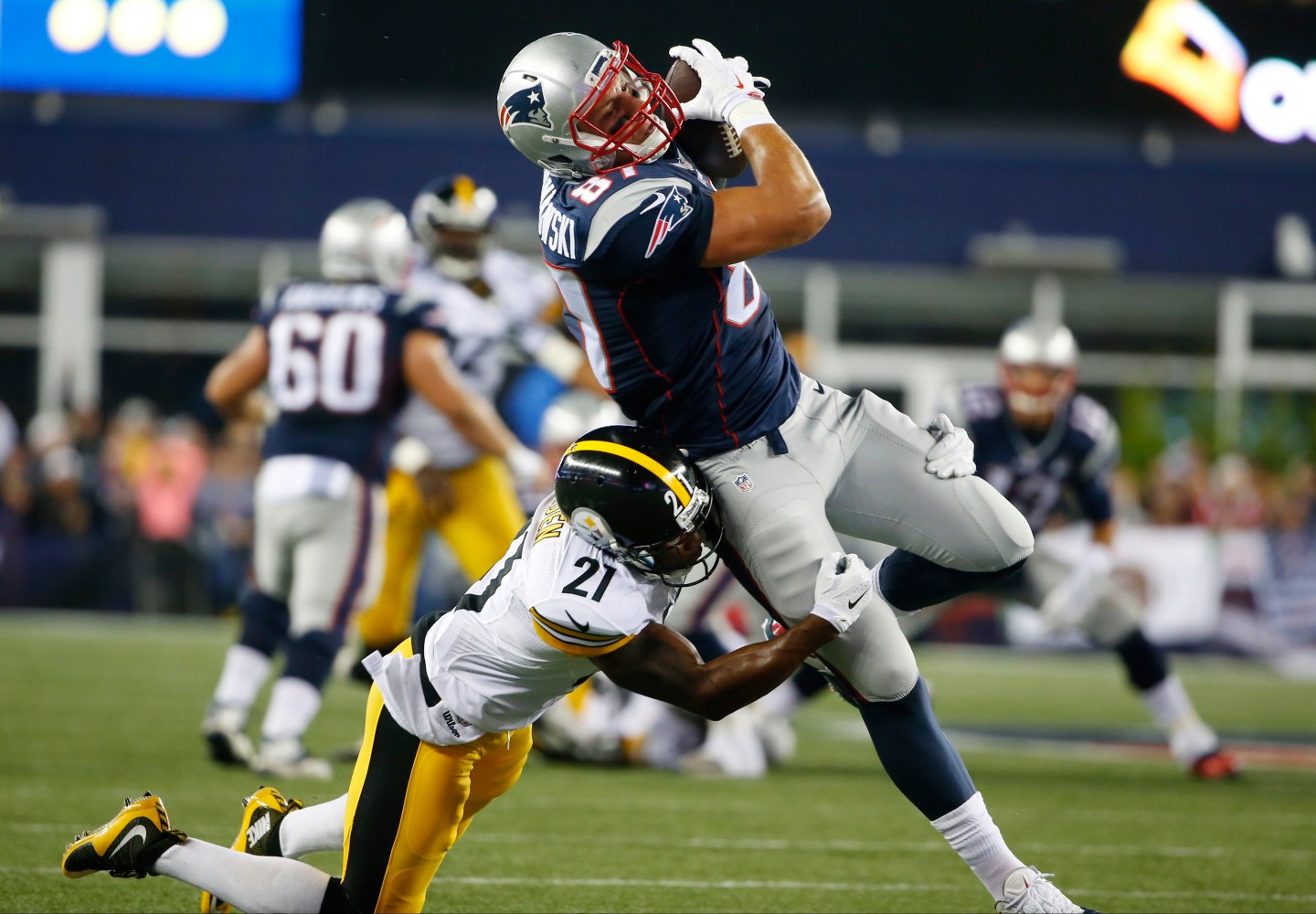 Even if you don’t follow mainstream sports like football or baseball, you’ve probably seen highlight clips from the big games in your Twitter or Facebook feeds, in the form of short animated GIFs of a crucial play. Harmless, right? Maybe. But that’s not how professional sports leagues like the National Football League see it. They see it as rampant copyright infringement, and they are determined to stop it.

On Monday, an entity acting on behalf of the NFL — NetResult Solutions, a rights-management company owned by information giant Thomson Reuters — sent multiple takedown notices to Twitter about clips that the sports site Deadspin shared through its Twitter account. Not long afterward, on Monday afternoon, Deadspin’s account suddenly disappeared from the Internet, and didn’t return for several hours.

A Twitter spokesman said the company couldn’t discuss events involving individual accounts, but confirmed that the NFL had sent takedown notices under the Digital Millennium Copyright Act. The spokesman also noted that Twitter’s terms of service say users who post infringing content can have their accounts disabled.

More than one observer noted that Twitter recently signed a deal with the NFL to carry highlights of its games, a deal that presumably involves a substantial amount of money. Regardless, the company is well within its legal rights to remove accounts or content whenever it wishes — and the NFL and other leagues clearly have a legal interest in pursuing DMCA takedowns as aggressively as possible.

But does that make what Twitter and the NFL did legally right? Not necessarily. Copyright law includes a concept known as “fair use,” which entitles anyone to use content without having to get the permission of the rights-holder, and without having to pay a licensing fee. And one of the uses that this principle is designed to protect is the use of content for journalistic purposes.

According to a number of copyright experts, Deadspin’s distribution of GIFs of specific NFL plays would have a strong claim to being fair use for this reason, despite the fact that the NFL has a financial interest in the content. As several key copyright cases have shown — including the case of Perfect 10 vs. Google, and a decision involving Google’s book-scanning project — just because someone uses content that another entity charges money for doesn’t preclude a finding of fair use.

Surprising to see Twitter take such action weeks after 9th Cir ruled that platform must look into fair use re DMCA. https://t.co/q0I4lxC74C

Part of what makes fair use cases so difficult is that there are multiple factors a court has to consider: One is the nature of the work (i.e., whether it is a commercial work), the second is the purpose of the use — specifically, whether it is “transformative” — the third is the amount of the original work used, and the fourth is the effect of the use on the market for the original product.

The part about the amount of content that gets used would be crucial to a highlight GIF case, because what matters isn’t just the specific proportion of the work that is used, but whether it is the “heart” of the original product. So when The Nation printed an excerpt from Gerald Ford’s unpublished memoirs even though it didn’t own the rights, it was found guilty, even though it only printed 300 words from a large book.

The NFL would no doubt argue that the highlights Deadspin and other media outlets share on Twitter and Facebook are the heart of the games they charge money for, and that this negatively impacts the market for their product.

But is this true? The league would have to prove this in court with evidence, not just state it as a fact — and it’s not clear at all that watching a couple of tweeted highlight GIFs is going to make substantial numbers of people refuse to pay money to watch an NFL game. In fact, that kind of marketing might even make people more likely to want to pay the fee to get a game.

So twitter, a company that can never shut up about how they stand up for free speech, kowtowed to the NFL. Figures. https://t.co/I5PYXoVlH4

As for whether a couple of highlight clips are the core of a work like an NFL game, that’s a harder nut to crack. There’s no question that specific plays that change the nature of the game are probably pretty important — but are they any more important than a quote from a book, or a clip from a rock song? Fair use would arguably apply to both of those things, especially if they were used for journalistic purposes.

Twitter, meanwhile, is caught between a rock and a hard place when it comes to things like this, as Mike Masnick at Techdirt described in a post about the Deadspin clips. The service obviously wants to have a good relationship with leagues like the NFL, and the DMCA requires it to take down content, and even block those who repeatedly post infringing content, or risk losing the “safe harbor” protection the act provides.

But for a company that has spent so much of its history talking about free speech and how it wants to stand up for the rights of its users, caving in to a company like the NFL — a company that could well be trampling on a crucial legal concept like fair use by overstepping its bounds — isn’t a great place to be. And the NFL is more than happy to push its copyright as far as it possibly can, knowing that Twitter and other networks probably won’t put up a fight. But that doesn’t make it right.