Eli Lilly adds one more to roster of failed heart drugs, and it won’t be the last 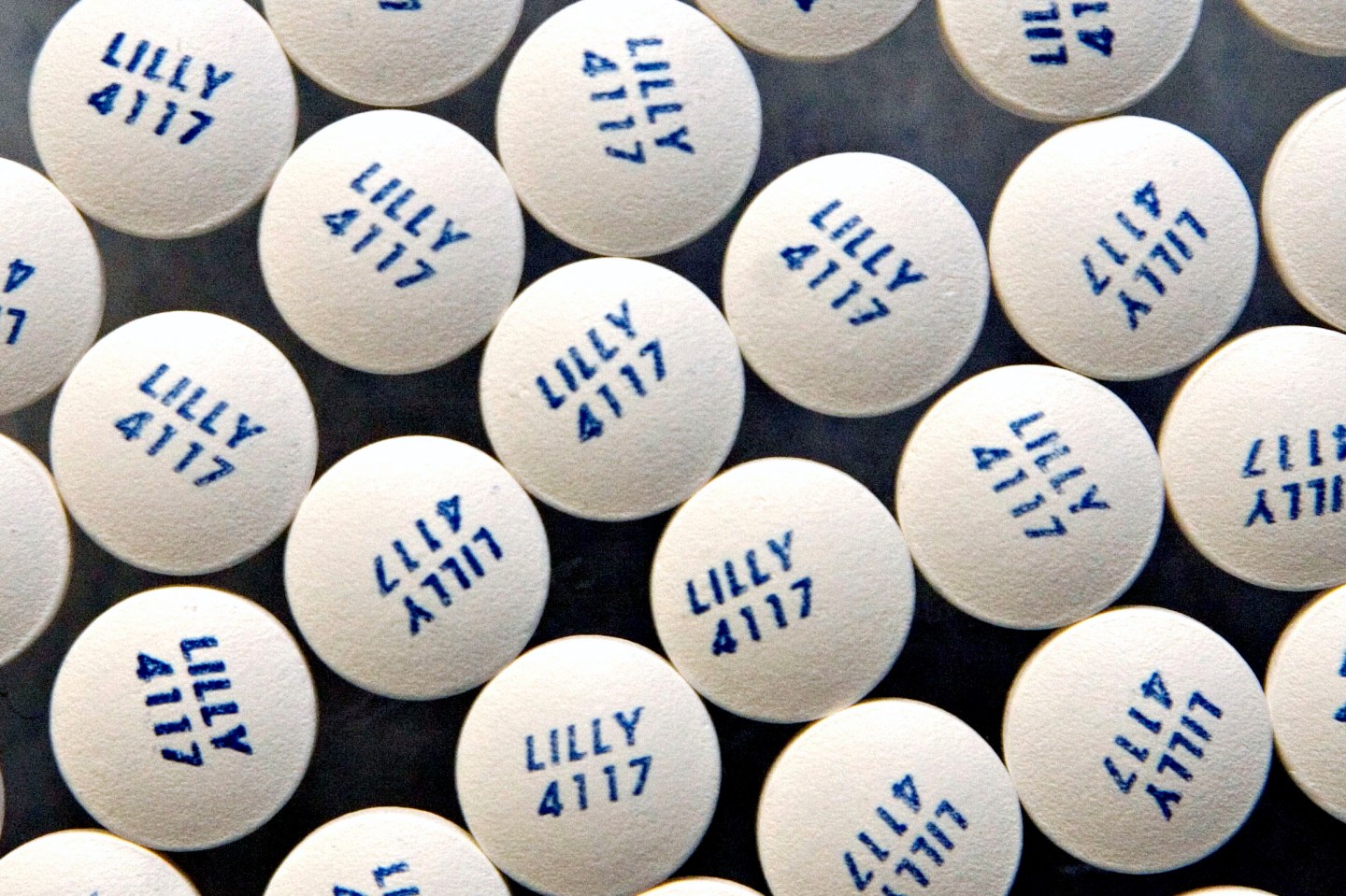 Eli Lilly lost a prized potential drug Monday after the company announced that it would be discontinuing trials for evacetrapib because it didn’t substantially benefit patients with heart disease. The failure builds on a string of poor results for CETP drugs, which block a certain molecule in the body in order to encourage higher production of “good” HDL cholesterol.

The failure hit Lilly (LLY) hard, dragging its stock down by 7.8% by the time the market closed. The drug was the only cardiovascular-focused treatment in the company’s portfolio.

HDL cholesterol works to transport fatty lipids out of the arteries, helping to guard against heart attacks and strokes. Research has shown that people with higher HDL levels have fewer heart attacks. The idea is that CETP drugs can raise a patient’s HDL cholesterol, reducing a patient’s risk for heart disease. The market for such a drug is significant: Lilly’s evacetrapib was projected to bring in $632.7 million in sales by 2020, according to Bloomberg data.

However, the mechanism hasn’t proved itself out—for Lilly or other drug makers working on CETP treatments. Lilly was forced to terminate its Phase 3 trial due to lack of efficacy (not safety concerns), costing the company as much as $90 million in lost research and development. Before then, Roche Holding also ended tests on dalcetrapib in 2012 for lack of efficacy. Pfizer (PFE) dropped torcetrapib in late 2006 after initial studies revealed the drug raised blood pressure and caused higher death rates.

Steven Nissen, who led Lilly’s study at the Cleveland Clinic, told Bloomberg that CETP inhibition isn’t a promising treatment given the evidence to date. Evacetrapib’s biological effects were as good as any CETP option out there, and “if it didn’t work it is very unlikely that any other drugs in the class will work,” he said.

If CETP treatments are indeed doomed, that puts one very big drug maker in the hot seat. Merck & Co. (MRK) is still moving forward on its CETP-inhibiting drug anacetrapib, which is in a late-stage trial that’s expected to be completed by this January. Merck’s version has a longer half-life—meaning the drug stays in a person’s body longer—which could help its efficacy but it may also affect its safety as well. Merck is waiting to see Lilly’s data to better understand the decision to halt the evacetrapib program and believes its anacetrapib still “has the potential to be an important treatment,” the company told Bloomberg.