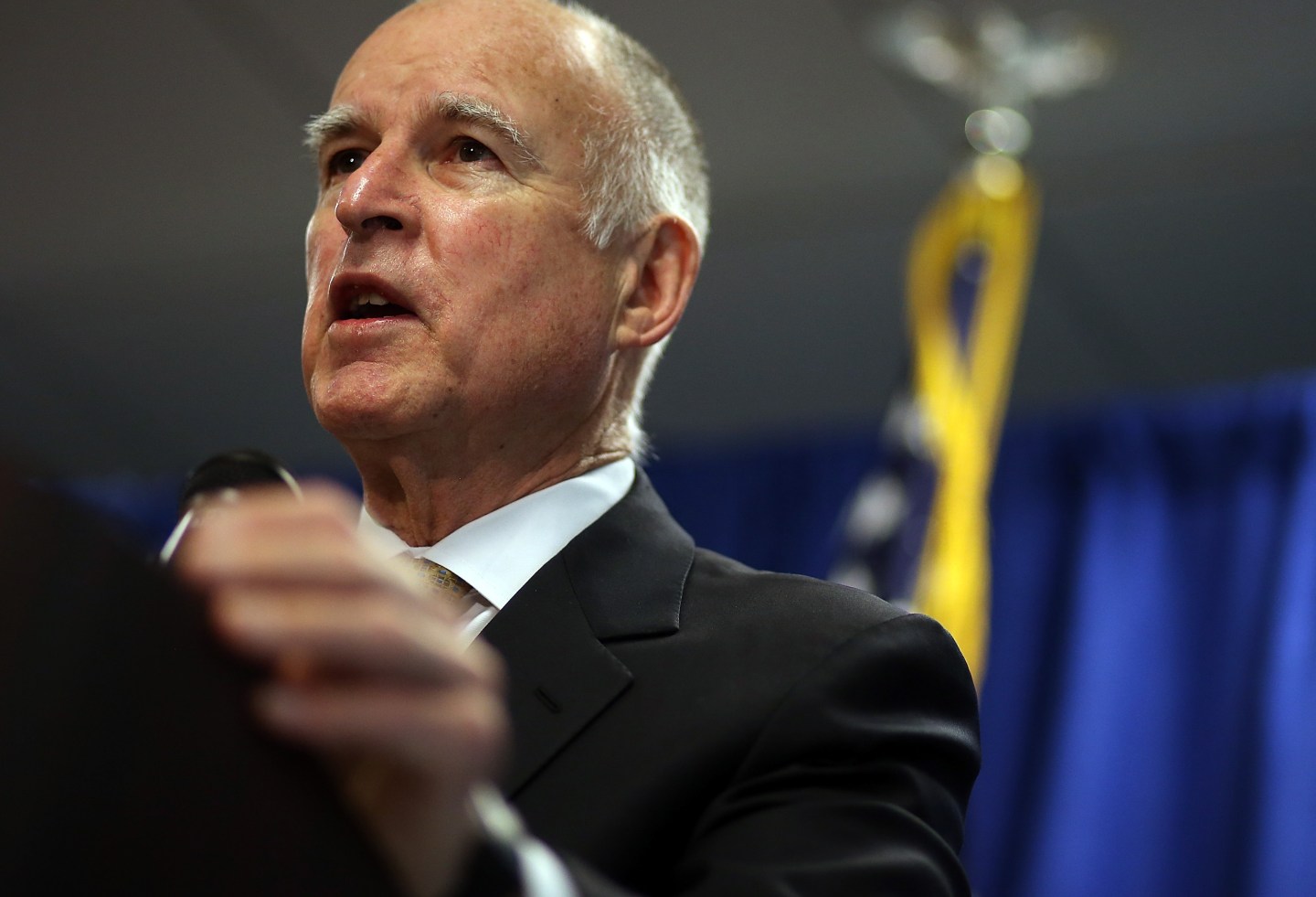 SAN FRANCISCO, CA - JANUARY 17: California Gov. Jerry Brown speaks during a news conference on January 17, 2014 in San Francisco, California. Gov. Brown declared a drought state of emergency for California as the state faces water shortfalls in what is expected to be the driest year in state history. Residents are being asked to voluntarily reduce water usage by 20%. (Photo by Justin Sullivan/Getty Images)
Justin Sullivan—Getty Images

California is a notoriously friendly state for worker rights, but Governor Jerry Brown put his foot down Sunday, vetoing a bill that would extend the state’s family leave policy because he said that it was, essentially, too generous.

The bill would have expanded the state’s family leave law to allow workers to take up to 12 weeks off to take care of sick domestic partners, siblings, grandchildren, grandparents, and parents-in-law. The current policy allows for care of children, parents, and spouses.

In a veto message on Sunday, Brown said that he supports “efforts to ensure that eligible workers can take leave to care for a seriously ill family member” and is “open to legislation to allow workers to take leave for additional family members,” but the proposed legislation could, in some circumstances, require employers to provide employees up to 24 weeks off family leave in a 12-month period. That policy “creates a disparity between California’s law and the Federal Medical Leave Act.” The FMLA provides for 12 weeks of unpaid leave for eligible workers in a 12-month period.

The veto is a win for the state’s business community, which had painted the bill as a job killer. The California Chamber of Commerce argued that the bill would increase business costs and the risk of litigation, according to The Sacramento Bee. The state legislature passed the bill by a narrow margin.

States have taken up paid family leave legislation as Congress has repeatedly failed to pass a comprehensive federal law. The FMLA that Brown referenced in his veto note only guarantees unpaid leave, but advocates of expanding that policy say few workers—especially those in low-wage occupations—can afford to go that long without a paycheck. Even with Brown’s veto on Sunday, California is one of only three states—along with New Jersey and Rhode Island—to offer a state-wide paid leave policy that gives workers between four and six weeks off with at least partial pay replacement. Washington, D.C., could join that list. Its city council is currently considering what would be the most generous paid leave policy in the country that would give workers 16 weeks off to bond with a new child, recuperate from an illness, recover from a military deployment, or take care of a sick family member.