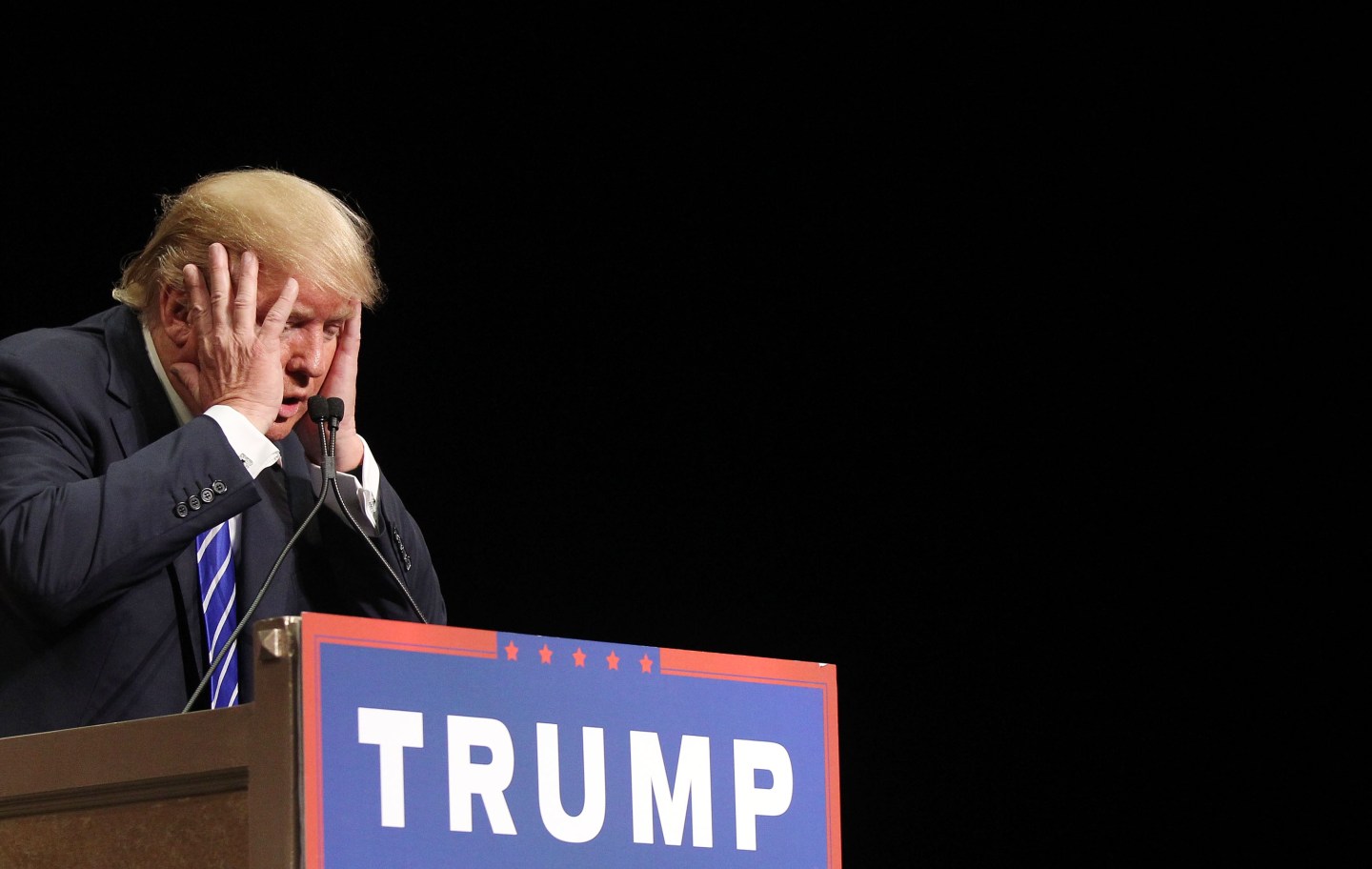 LAS VEGAS, NV - OCTOBER 08: Republican presidential candidate Donald Trump speaks during a campaign rally at the Treasure Island Hotel & Casino on October 8, 2015 in Las Vegas, Nevada. During the rally, Trump said people were giving him credit for helping force House Majority Leader Kevin McCarthy to bow out of the race for Speaker of the House. (Photo by Isaac Brekken/Getty Images)
Photograph by Isaac Brekken—Getty Images

Remember when business personality and presidential candidate Donald Trump came under fire over the summer for his comments about Mexico? If you don’t, Fox Soccer has no problem reminding you.

This weekend the television network (FOX) recycled Trump’s controversial comments in a video promoting the weekend’s game between regional rivals U.S. and Mexico. The clip was made as a response to an earlier promo released by TV Azteca, a Mexican network, in early September. The TV Azteca ad pumped up Mexico fans by spinning Trump’s words to support the Mexican team. It showed Trump saying, “Our country is in serious trouble” and “We don’t have victories anymore,” and ended on a sinister note: “The American Dream is dead.”

Industry observers described the transformation of Trump’s words as “brilliant” and “spectacular.”

Yet when Fox Soccer responded on Friday with a Trump clip of its own, it wasn’t met with the same acclaim. In the Fox promo for the U.S. Men’s National Soccer Team, Trump was quoted as saying, “Our country has tremendous people, tremendous potential,” and ended with his Reagan-era campaign slogan: “We will make America great again.”

(2/2) Well, now watch this Trump pump up video for the #USMNT! Get ready. #USAvMEX kicks tomorrow on @FS1! https://t.co/1mfnfZiqTo

The problem? The source material for those quotes, a series of speeches Trump made in early July, is considered by many to be xenophobic and racist.

When a Mexican outlet twisted Trump’s words, both U.S. and Mexico fans found it admirable. When an American outlet did the same, few fans appreciated it—other than Trump, of course.

Good luck to the US Men’s National Team in tomorrow’s CONCACAF Cup vs. Mexico! It should be a great game! https://t.co/nH31afzjNz

@FOXSoccer @FS1 This is really stupid, don't lump the USMNT in with that hack.

@FOXSoccer @FS1 NOTHING makes me want to watch the game LESS than using this son of an orangutan to promote it. Our boys deserve better!

@FOXSoccer @FS1 Are you trying to get us to root for Mexico?