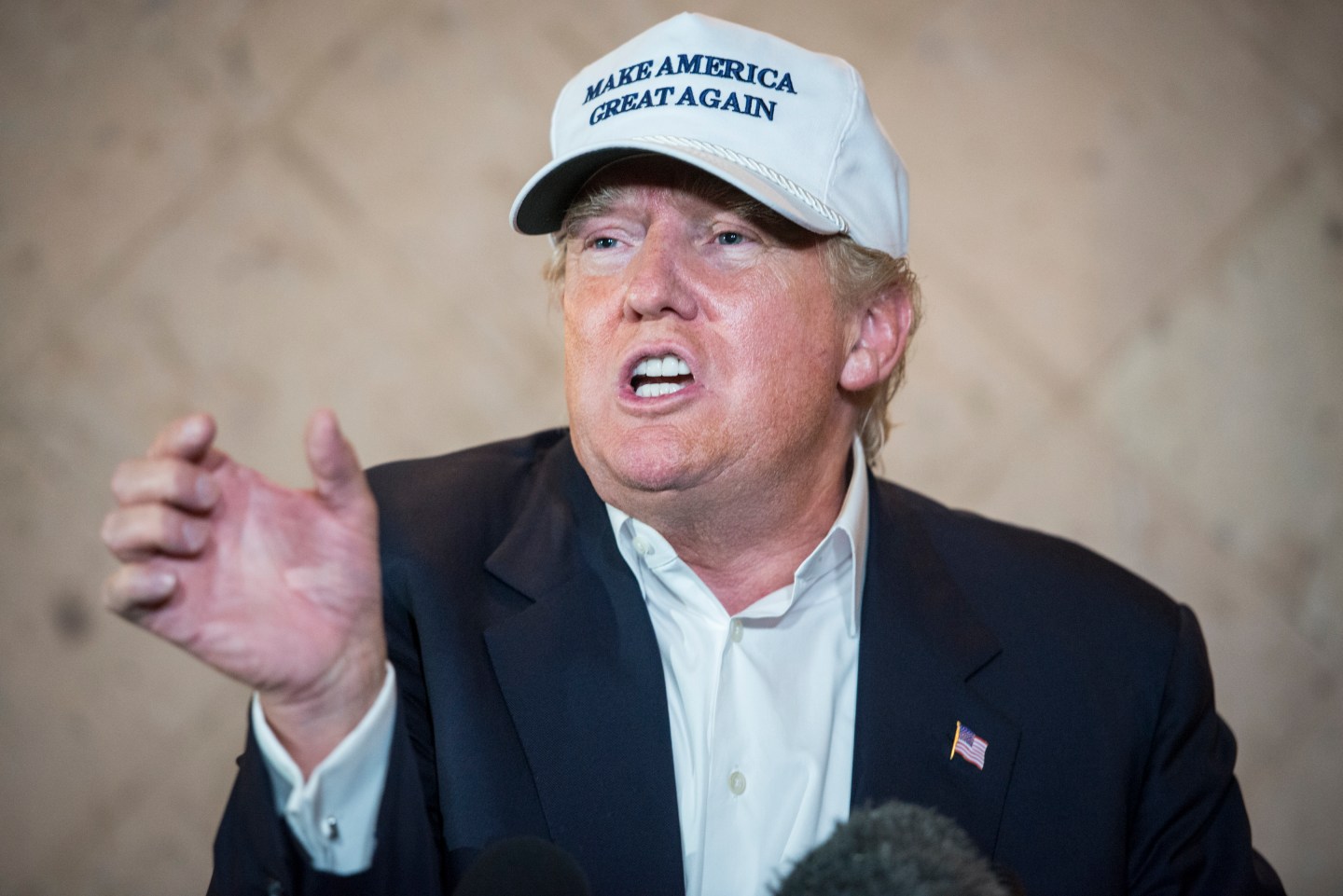 Donald Trump yesterday unveiled his policy paper on immigration reform, including how he would convince Mexico to pay for a border wall. But technology is likely to have made his first bullet point irrelevant by the time he would take office.

Trump writes that “Mexico continues to make billions on not only our bad trade deals but also relies heavily on the billions of dollars in remittances sent from illegal immigrants in the United States back to Mexico ($22 billion in 2013 alone)… Mexico must pay for the wall and, until they do, the United States will, among other things: impound all remittance payments derived from illegal wages.”

Before continuing, it’s worth noting that Trump is incorrectly quoting the source to which he links (Fox News Latino). The $22 billion figure is for all remittances from the U.S. to Mexico in 2013, not only those involving illegal immigrants.

But my issue here isn’t bad math. It’s the idea that Trump thinks he’d be able to use remittances as a major cudgel in 2017 (which is when the next president would be sworn in). While most of these payments today are made via traditional wire transfers, more and more of them are being made via bitcoin and other digital currencies.

Not only are such exchanges cheaper than traditional wire transfers, but they are faster and would be virtually impossible for the U.S. government to block (given that Bitcoin transfers don’t include identifying information that could be matched against federal identification databases). There is even a service that lets people in the U.S. send Bitcoin to ATMs in Mexico, where the intended recipient can withdraw their money in pesos.

As smartphone penetration increases in Mexico and cryptocurrency technology advances, it’s a trend that should only accelerate (particularly if the U.S. government tries to stop wire transfers).

Donald Trump already overstated the amount of remittances from illegal immigrants in the U.S. to Mexico, but completely ignored how wire transfers are becoming a smaller part of the process. He’s going to have to hope his other plans — including fees hikes on NAFTA worker visas from Mexico — convince the Mexican government to pony up, because remittance blockades would be less restrictive than the theoretical border wall.