How did New York Comic Con become such big business? 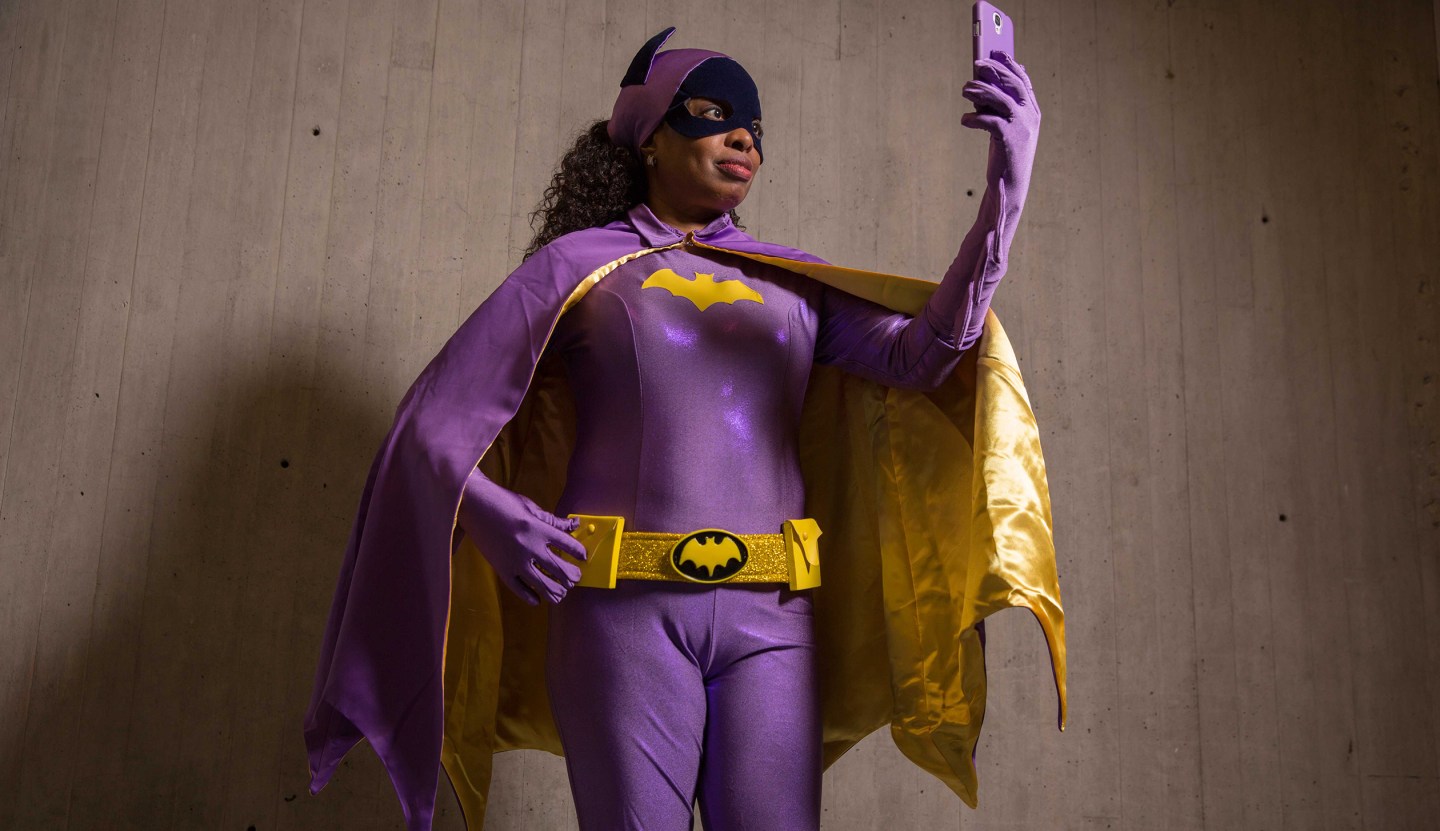 At last year’s New York Comic Con, Megan Wilson found herself facing a serious conundrum: does she suit up for the forces of good or evil? She opted to be a good guy (or gal, in this case). She bought a Batgirl costume, in homage to Yvonne Craig, the actress who portrayed Batgirl in the 1960s show and died earlier this year.

“I was always a Batgirl fan,” says Wilson, a resident of Rockland County, N.Y., wearing the costume proudly at New York Comic Con this week. The other option she considered? Catwoman.

2015 was Wilson’s sixth consecutive visit to New York City’s Comic Con, which every year lures more than 150,000 fans and some 850 companies to the Javits Center in Manhattan. The 10th New York Comic Con is expected to be the largest yet, and the exhibition can thank big movie studios for helping popularize X-Men, the Avengers, Spider-Man and other comic book-based properties that have gone more mainstream in recent years.

In 2006, only two films based on comic books, X:Men: The Last Stand (#4) and Superman Returns (#6), ranked among the top 20 highest grossing films in the domestic market. Fast forward to 2014, and Fortune counts six movies inspired by comic books, including Guardians of the Galaxy (#3), Captain America: The Winter Soldier (#4), and X:Men Days of Future Past (#9).

“You are seeing more and more people who are into the movies these days,” said Andrew Cohen, marketing & events coordinator for New York-based Midtown Comics, which operates three locations in the city. “That’s the whole reason New York Comic Con has grown so tremendously in the last couple of years.”

Derek Mirecki from the 501st Legion-Empire City Garrion, a group known for their authentic Star Wars costumes talking with a young fan on the first day of New York Comic Con at the Javits Center on October 8, 2015 in New York.Photograph by Fred R. Conrad

A big part of that is because of Walt Disney’s (DIS) $4 billion acquisition of Marvel – one of the “Big Two” comic book publishers – back in 2009. Since then, Disney has accelerated the number of films that have been released from the Marvel world, even backing some quirkier, lesser known titles like Guardians and turning them into mega film and licensing properties.

The draw of New York Comic Con is so great that major celebrities are essentially forced by studios to attend. “I got a call – you know I was on my honeymoon – and they said ‘This is very important you have to do it,'” Academy Award-winning actor George Clooney told Graham Norton earlier this year in an interview. Clooney was called on to promote Disney’s Tomorrowland, which resulted in his high-profile visit to Comic Con in 2014. “I had to first explain that to my wife, which didn’t play well,” Clooney said. “The whole idea of spending part of your honeymoon with people dressed up as Captain Kirk and Star Wars characters somehow is not very easy to explain to your bride.”

NY Comic Con, however, has been a massive hit for the organizer, which is ReedPOP. Founded in 2006 when Comic Con first started in New York, the business has grown to become a $50 million a year moneymaker, bolstered by strong growth for the New York event but also expansion into new international markets including China, Australia and France. The industry’s other well known event – Comic Con International: San Diego – is run by a nonprofit.

ReedPOP has grown so dramatically (revenue is on track to jump 30% this year alone, the company claims) that it now makes up 10% of parent company Reed Exhibitions’ total revenue.

The Landin family from Astoria, Queens dressed as Flash family on the first day of New York Comic Con at the Javits Center on October 8, 2015 in New York.Photograph by Fred R. Conrad

The event’s growth isn’t just tied to properties based on Marvel and DC characters. Star Wars is a big draw for 2015 (also owned by Disney), as are some comic book properties that have turned into television shows, like The Walking Dead.

Midtown Comics has attended the event consistently over the past decade, and the contingent it sends also has grown. Originally staffed by about five employees, the retailer’s booth at the exhibition is now run by a staff of nearly 30.

As for the amount of books it stocks? Thousands, with graphic novels being the hottest sellers as they are a complete story within a single book, and thus easier for casual readers to enjoy. When asked how many comics Midtown would sell this year, Cohen has a simple reply: “We are trying to sell as much as we can because we don’t want to bring back too much with us.”

As for Wilson, she fondly recalls her first comic-book convention event, which she attended in 2002 – four years before ReedPOP got involved and officially dubbed it NY Comic Con. It was there that Wilson first got to meet her long-time idol, Yvonne Craig.

“When I was a little girl we watched the reruns of Batman. And when I saw Yvonne Craig in the Batgirl costume, I wanted to be her,” Wilson said. This week, her wish came true.