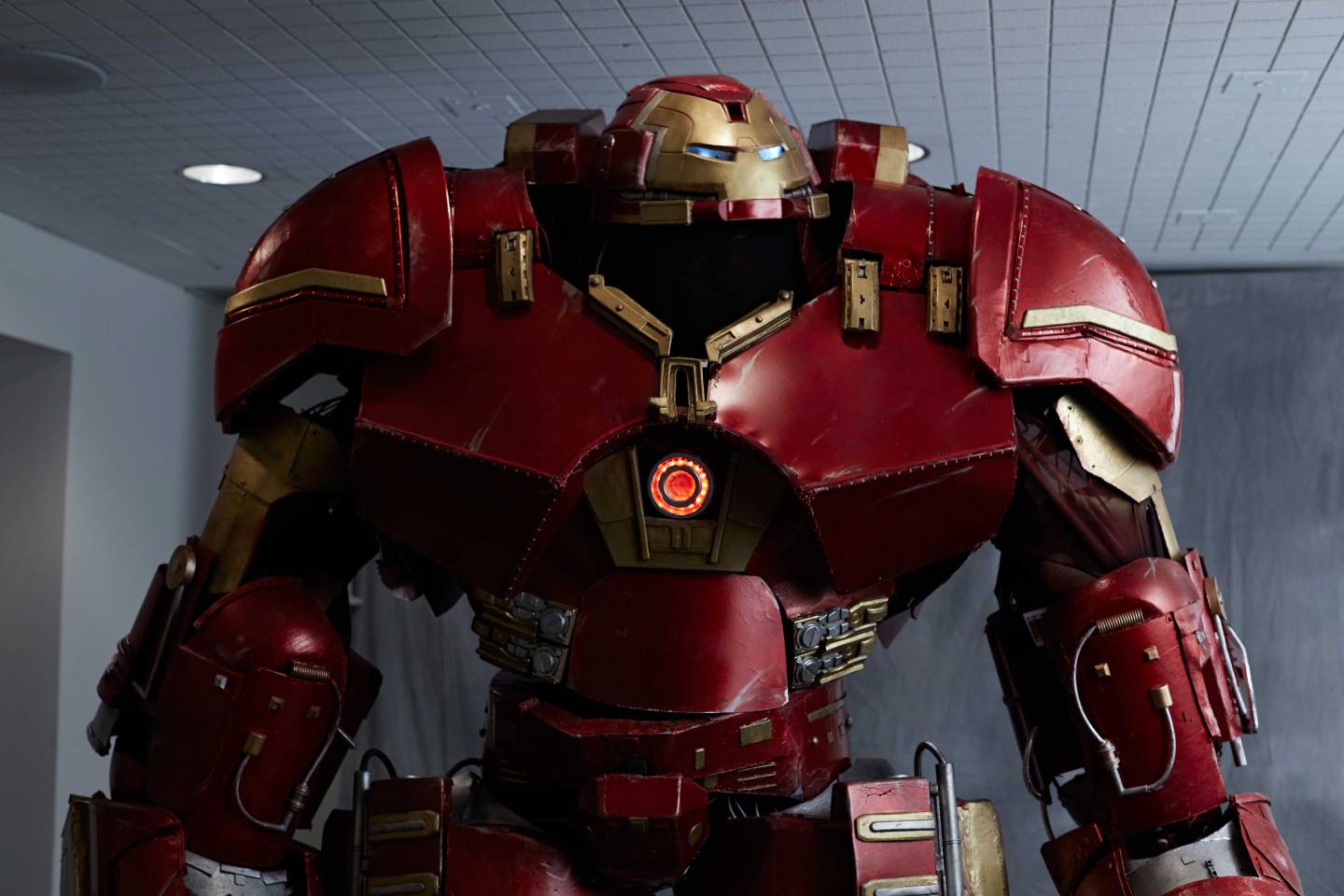 More than 150,000 fans are expected to descend (some will even be wearing capes) on the Javits Center to attend the 10th annual New York Comic Con event. A blockbuster event for comic book publishers like Marvel and D.C., it has in recent years seen increased popularity as more films and television shows star characters that got their start in comic books. This year, world-premiere screenings are planned for X-Files, Jessica Jones and The Walking Dead. Some high-profile attendees include actors Bryan Cranston, Rashida Jones, Eliza Dushku and Sean Bean.

Photographer Fred Conrad photographed the contestants of The NYCC Eastern Championships of Cosplay. The contestants donned costumes from five different categories, Comic Books, Movies & Television, Video Games, Anime and Fantasy. They are judged on the authenticity, technique and fit of their costumes. The cash prize is $5,000 and the winner will also be automatically qualified for the final round of 2016 C2E2 Crown Championships of Cosplay in Chicago, the final stop in the Quest for the Crown.

Below, take a look at a few of the contestants. (And for more on the subject, read “How did NY Comic Con become such big business?” and “Fortune’s 27 most fantastical comic book businesses.”)

Martin is from Levittown, New York. The costume took two years to make (on and off). Everything is custom made except for the ax. The armor is 3—D printed.

Willis is from Glens Falls, New York. The costume is made of couch foam and took him 10 months to make. He started collecting comics at age six and then sold his entire collection to buy his first house.

Hartigan is from Westchester, New York. He is an actor, cosplayer, scientist and nerd. It took him 30 hours to make his Barf costume from the movie Spaceballs. You can follow him on Instagram as @TheRealJohnnyH

Maramis is from Manhattan, New York. He said it took him four weeks to make his Spartan Batman costume which consists of Thermo Plastic and foam.

Braverman is dressed as Honey Lemon from Big Hero 6. It took her six months to make. She used LED lights. She is from Queens, New York.

Yount is dressed as an elf named Maedhros Feanorian from “Histories of the Middle Earth,” a prequel to the Lord of the Rings trilogy. It took her two years to make and the entire outfit is handmade. She is from Buffalo, New York. You can follow her on instagram at @rattle_and_burn.

Taki is originally from Nagoya, Japan and currently lives in Brooklyn, New York. She is dressed as Anubis from “Zone of the Enders” (costume too tall to be fully dressed). It took her eight months to put together and is made of foam. The costume in its entirety makes her 9-feet tall.

Castro is from Manhattan and it took her three months to make her Batgirl costume.

Vitale is dressed as The Usurper King Zant from the video game Legend of Zelda, Twilight Princess. It took him 4 months to create and is made out of Warbla craft foam and EVA foam. He is from Manhattan.

Phanthikane is dressed as Ariel from The Little Mermaid. She is from Vancouver, Canada.

Birch is from Neosho, Missouri. Her costume from DC Comics took her a year and 6 months .

Wilms is dressed as the Japanese comic character, GUTS in Berserk Armor. It took her 5 months to make. She is from Allentown, Pennsylvania.

Aroche is Ganondorf from the Nintendo video game The Legend of Zelda. He is from Mexico City, Mexico and came in 2nd place last year.

Miranda is from Long Island. She is Headhunter Caitlyn from the League of Legends.

Miller took one year to make her Lucy costume from Dracula. She is from Long Beach, LI.

Maefs is dressed as Angela of Asgard from Marvel Comics. The costume took a year to make. She is from Buffalo, New York.

Chavez came all the way from Guayaquil, Ecuador as Lightning from Final Fantasy. It took her 6 months to make.

Keller is dressed as Kratos from the God of War Playstation video game series. It took him 6 months to put together. He is from Queens, New York.

Forysinski is dressed as Zelda from the video game Hyrule Warriors. It tooker her 6 months to make. She is from Buffalo, New York.

Caswell is the 15 year old contestant from Middletown, New Jersey. It took her 8 months to make her Sally costume from the movie The Nightmare before Christmas.

Chiari is dressed as Leoric, The Skeleton King from the video game Diablo. He is from Panama City, Panama.

Vasquez is from Buenos Aires, Argentina. She is dressed as Queen Amidala from Star Wars: Episode One. It took her 4 months to make.

Baaden is dressed as Vision from Marvel’s Avengers, It took her 3 months to make. She is from Macungie, PA.

DePetrillo with Extreme Costumes took 10 months to make this massive costume. It has an aluminum frame and is made of EVA foam and cardboard. All together it makes him 9 ft 6 in tall. He has been doing stilt work for 19 years.