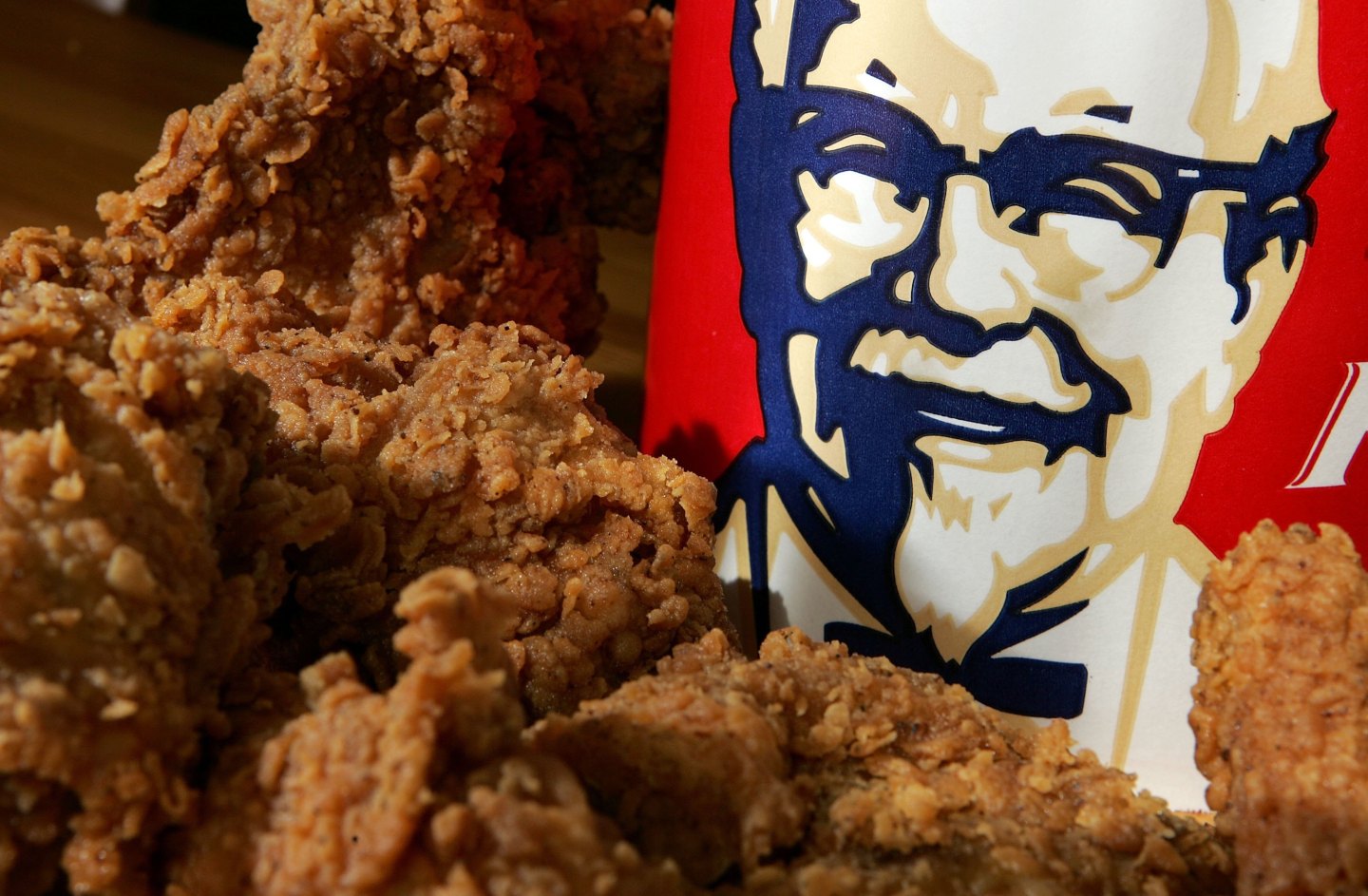 SAN RAFAEL, CA - OCTOBER 30: A bucket of KFC Extra Crispy fried chicken is displayed October 30, 2006 in San Rafael, California. KFC is phasing out trans fats and plans to use zero trans fat soybean oil for cooking of their Original Recipe and Extra Crispy fried chicken as well as other menu items. KFC expects to have all of its 5,500 restaurants in the U.S. switched to the new oil by April 2007. (Photo Illustration by Justin Sullivan/Getty Images)
Photograph by Justin Sullivan — Getty Images

The expansion of the service gives Apple a chance to tie customers more tightly to its phones and its smart watch, as well as to take a tiny bite from every retail transaction.

Apple launched the payment service a year ago and has said 2015 would be the “year of Apple Pay” as it aggressively courts retailers.

But interviews by Reuters with analysts, merchants and others have suggested that Apple’s forecast may have been too optimistic and that many retailers remain skeptical about the payment system.

Customer demand for mobile wallets has been slow, and analysts agree that they remain a tiny percentage of U.S. retail transactions.