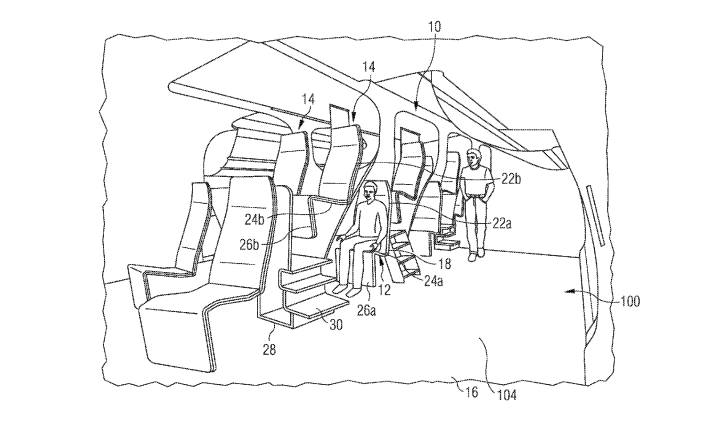 Courtesy of the United States Patent and Trademark Office

If flying 30,000 feet above the ground in a seat just isn’t cutting it anymore, Airbus might just have the solution for you: The top bunk on your next transatlantic flight.

According to a Reuters, the civil aircraft manufacturer has filed a patent that includes a blueprint for “split-level seating.” The company hopes that including two stories of seating inside its cabins could be a better use of space.

“A mezzanine level would be reached by steps and placed above the heads of other travelers,” the report said.

The seats would also recline for when passengers want to get some sleep.

To avoid claustrophobia, the space between the two levels would increase when the seats are turned into flat beds. That could be done either by lowering the floor on the lower level or raising the floor above as soon as beds are deployed.

News of the bunk bed idea comes after Airbus filed to patent what can best be described as a “flying doughnut.”