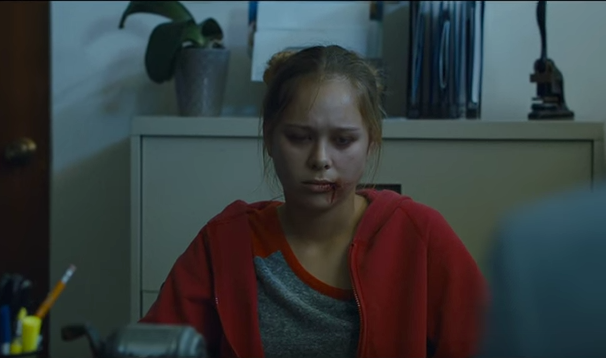 I don’t care much for mixed martial arts. Sure, I’ve watched Ultimate Fighting Champion Ronda Rousey’s 34-second fight against Bethe Correia, but that didn’t require much of a time commitment. My desire to watch another fight? Basically zero. That is, until I saw the new promotional video for UFC 193, the upcoming fight between Ronda Rousey and Holly Holm.

The video is a miniature biopic—with half dedicated to Rousey, and the other half to Holm. Each woman’s story is told in a series of life and career milestones, all leading up to the moment when they will meet in the ring for the first time in Melbourne, Australia on November 14. We see Rousey, age 11, looking longingly into the window of a judo studio. We watch Holm, age 16, at a boxing gym for the very first time. Their journeys are different, but they will meet in one place.

But it’s not just about fighting. The ad shows viewers the women’s home lives, their families, their friends. It includes scenes of Holm sitting in church (presumably the same church where her father preached—her nickname isn’t “Preacher’s Daughter” for nothing) with a black eye and of Rousey getting dirty looks from men at her training gym.

The ad is especially personal for Rousey, whose 17-year-old sister, Julia De Mars, plays a younger version of Rousey, and whose mother, AnnMaria De Mars, plays herself. It makes the viewer astutely aware of the absence of Rousey’s father on screen—as in her life (he died when Rousey was eight years old).

The UFC puts out promotional videos before every fight. Most of them are like this ad for UFC 192, which shows the two opponents looking menacingly at each other, overlaid with a few clips of previous fights, audience members looking engrossed in the action, and headache-inducing music, usually of the hard rock variety. In other words, it’s an ad for men.

This ad is different. Between the gentle music in the background and the hints at the sexism both fighters had to overcome (most of the scenes with men involve some sort of altercation), it targets women in an obvious—and effective—way. Fox Sports’ Damon Martin writes that it “might just be the best promotional video the UFC has put together in the organization’s 20-plus years.”

Wooing women is paying off. The event on November 14 is expected to break the all-time attendance record for the UFC, according to MMAFighting.com. Yes, that’s right: An event with two women headlining is supposed to draw the biggest crowd in the sport’s history. And if my sudden interest in the sport is any indication, online viewership will be sky-high, too.

For more about advertising, check out this Fortune video: