Indie film buffs now have their own streaming service 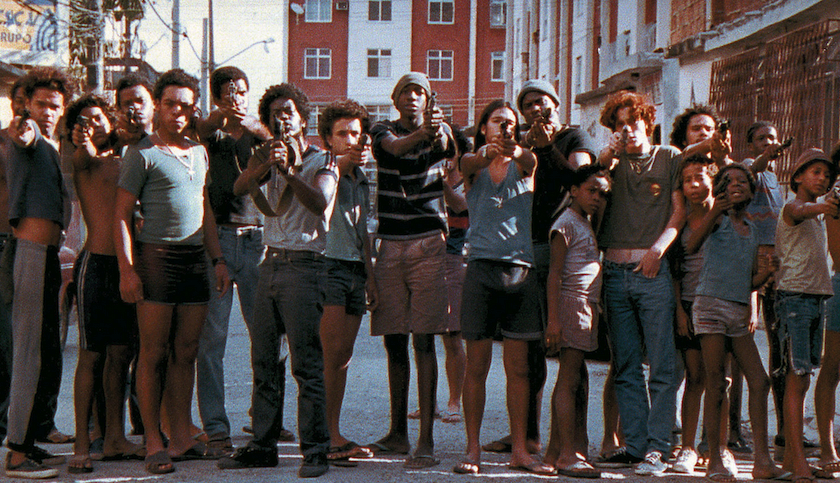 "City of God" is one of 150 titles on Tribeca Shortlist's roster of curated films.
Courtesy Miramax

In a sea of streaming movies, a new video service wants to curate quality films for viewers.

Tribeca Shortlist thinks decision fatigue is keeping would-be film lovers from watching some of cinema’s best offerings, so for $5.99 a month, the subscription video on demand (SVOD) service is offering a selection of just 150 critically acclaimed classic, indie, art house, and foreign films.

Titles include Crash, Annie Hall, Fargo, City of God, Chasing Amy, Amelie, and The Producers—available via streaming to the web and mobile devices—with 50 or so new titles rotating in each month. The company plans to add exclusive new releases in early 2016.

“[The idea] came from conversations throughout our parent companies and a general sense that the massive amount of choice for premium content has left some of the home entertainment audience in a search spiral,” says Jeff Bronikowski, president of Tribeca Shortlist. “We feel through a leaner, more curated experience those people can commit to a movie and enjoy that time more quickly.”

The company isn’t offering specifics on the number of subscribers it’s targeting, but Nielsen’s Total Audience Report released last month revealed the share of American homes with SVOD rose to 45% in the second quarter of 2015, up from 38% a year ago. Bronikowski feels confident that “a growing percentage of that audience is looking for a more personal, curated viewing experience.”

Tribeca Shortlist is a joint venture between Tribeca Enterprises and Lionsgate (LGF), with key licensing partnerships with major studios—including MGM, Sony Pictures (SNE), Miramax (DIS), and Magnolia Pictures at launch—to acquire content. It plans to connect with more studios and independent filmmakers in the coming months to add premium content to its library, banking on the Tribeca name (and co-founder Robert De Niro’s endorsement of its vision and mission) as a key driver of its success.

But as America continues to cut the cord on cable, SVOD has become a crowded space, with big players like Netflix (NFLX), Amazon (AMZN), Hulu, and HBO going strong, as well as niche offerings popping up like Shudder for horror flick fans and Vessel for YouTube devotees. There’s also competition from free platforms like Comcast’s Watchable (CMCSA) and Verizon’s Go90 (VZ). And then there’s the fact that many of the titles curated by Tribeca Shortlist are already featured by its larger rivals.

So with all those choices and overlap, is there really space for Tribeca Shortlist to fit in?

Bronikowski sees his service as a complement to the options that are already out there. A big feature he’s hoping sets it apart from the competition is its “Shortlister” feature with recommendations from directors, actors, and other industry insiders, including actor John Leguizamo and director Morgan Spurlock, who create their own “shortlists” of films and introduce them through brief video clips.

Some industry experts think Tribeca Shortlist is on to something with a thoughtful catalogue of acclaimed films at a reasonable price.

Jonathan Taplin, director of the Annenberg Innovation Lab at USC and an expert on new media and film was also the founder and CEO of the first SVOD service, Intertainer, founded in 1996. Curation is needed when it comes to choosing films to watch, he says, and it’s something he feels isn’t really being done by anyone else in the marketplace.

“I think the approach [of Tribeca Shortlist] is very smart,” says Taplin. “Netflix, for example, has good television offerings but really doesn’t offer good films.” And for Taplin, showcasing the artistic achievements of cinema without the clutter of straight-to-DVD fare is perhaps more important now than ever before.

“Without the art, no amount of technological innovation or entertainment marketing savvy is going to get you to go to the movie theater or to swipe or click to find the best movie,” he says. “The art is what gives us vision, and without the human element to help decipher what’s good and what isn’t, most of us will opt out altogether.”

The service is currently offered on the web at TribecaShortlist.com on iPads and through AirPlay or Chromecast, with additional mobile streaming options (including iPhone and Android) slated for the coming months.