These technologies will change the way you dine out 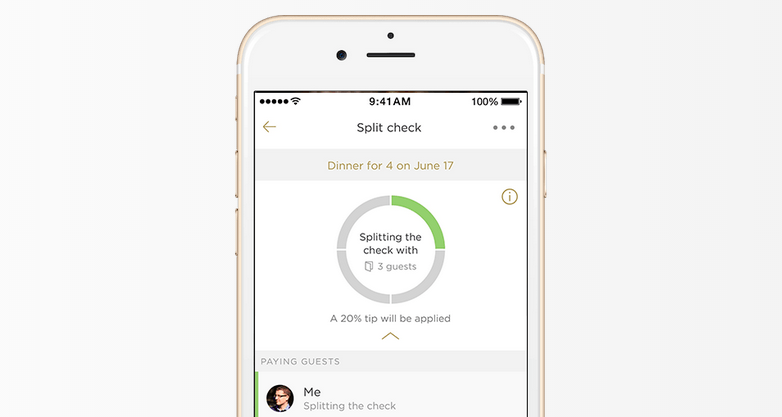 Hospitality is a $5 trillion industry. No surprise there: We all eat, sleep, and travel.

For that reason, technology companies have long coveted a piece of each one of those businesses. Uber and its peers are rethinking transportation. Airbnb and HotelTonight are rethinking hotels.

But what about restaurants?

There’s Caviar, GrubHub (GRUB), and Seamless for takeout, certainly. But for everything else—from your dinner reservation to the bill that follows—it’s up in the air. The competition is fierce. There is Reserve, Resy, Table8, Yelp SeatMe (YELP), Tock, Cover, and of course OpenTable (PCLN), the largest player by far, with more than 30% market share.

Last month in New York City, OpenTable co-sponsored a one-day summit about technology and the hospitality industry. Called TechTable and organized by four women in the hospitality industry, the event sought to address a simple truth: With the industry “ripe for disruption,” as investor Steve Case (whose Revolution Growth firm invested in Sweetgreen, a fast-casual restaurant chain) said in his opening remarks, what is the best path forward?

For some companies, it’s an everything-but-the-kitchen-sink strategy. Take OpenTable, for instance. Restauranteur Danny Meyer discovered the company in 1998; he quickly became a customer (with his Union Square Café), investor, and board member. Virtually every other restaurant followed his lead and adopted OpenTable’s technology, which replaced a paper reservations book and a phone call with a computer terminal (and a monthly fee). Today the system is a fixture in restaurants and its services have grown to include reviews, rewards, recommendations, and (most recently) payments.

Similarly, from his earliest days at Reserve, a “digital concierge service” based in New York City, CEO Greg Hong’s partners urged him to unify the entire restaurant experience in a single platform. Reserve, an OpenTable competitor that paints itself as a more premium service, aims to do just that. “When it’s done right, it will become ubiquitous,” he says.

Other companies believe focus and differentiation is the way forward. The latest wave of restaurant-tech upstarts offer all manner of features, including concierge-like texting, backup restaurant suggestions, bounties on sought-after tables, improved analytics, business travel targeting, and mobile payments. Ben Leventhal, co-founder of Resy, believes there’s room in the market for each of these. “The expectation that there is one system and one reservation system that fits all is a dated idea,” he says. Resy, for instance, hopes to attract four-star restaurants (and the diners they covet).

Meanwhile Cover has focused only on payments—and still there’s plenty to accomplish. We’re nearly at the point technologically, says hospitality consultant Leiti Hsu, where one can sidle up to the bar and say, “Put it on my tab.” Cover, which is present in just three metro areas so far—New York, Los Angeles, and the San Francisco Bay Area—has attracted more than 50,000 users and processes, on average, two million dollars each month across some four hundred restaurants. But it’s not tied to any reservation system. (The company was recently acquired by U.K.-based Velocity.)

Many restaurant groups are sitting back and waiting to see which technologies shake out. (During one panel discussion during the TechTable event, a moderator asked the crowd if they were using mobile payment technologies. Only a smattering of hands were raised.) Others, such as Mina Group president Patric Yumul, are doing the opposite and trying everything, and quickly, to see what works best. “We want to know everyone better,” says Yumul, referring to the many tech options. Rob Wilder of Washington, D.C.-based Think Food Group is also trying out the different systems—but he doesn’t see a near future without the incumbent, OpenTable, in the picture.

There is good reason to be patient. Underneath many of these services is a major business model shift that places financial risk more firmly on the guest, rather than on the restaurant, as is tradition. Nick Kokonas is the founder of Tock, a web-based ticketing system that allows for ordinary reservations as well as special event ticketing. (He also co-owns Alinea restaurant in Chicago.) He believes that restaurants should not focus on increasing average check size so much as ensuring that every seat in the house is sold––regardless of price. Why? Because with a conventional reservation, restaurants still risk being stood up by a diner—and that’s a serious financial risk for a low-margin business. Tickets that require a deposit can help avoid that. (Tock has processed more than $53 million in bookings, Kokonas says.)

“Ticketing systems bring predictability to the restaurants,” says Derek Dukes, general manager of Lazy Bear, a ticket-only restaurant in San Francisco. ” I can run the business without a crystal ball, the way most other businesses get to run. It’s liberating.”

But for all of these services, systems, and startups, there is one technology challenge that looms above all: the analog environment, whether it be the old-fashioned telephone or the fax machine or even the hand-written reservation. The sudden rush of technology into the dining room could very well overwhelm restaurants and their patrons. But if it gets a handful of establishments thinking differently about their business for the first time—well, that’s progress.