3 things you can learn from CC Sabathia’s rehab decision 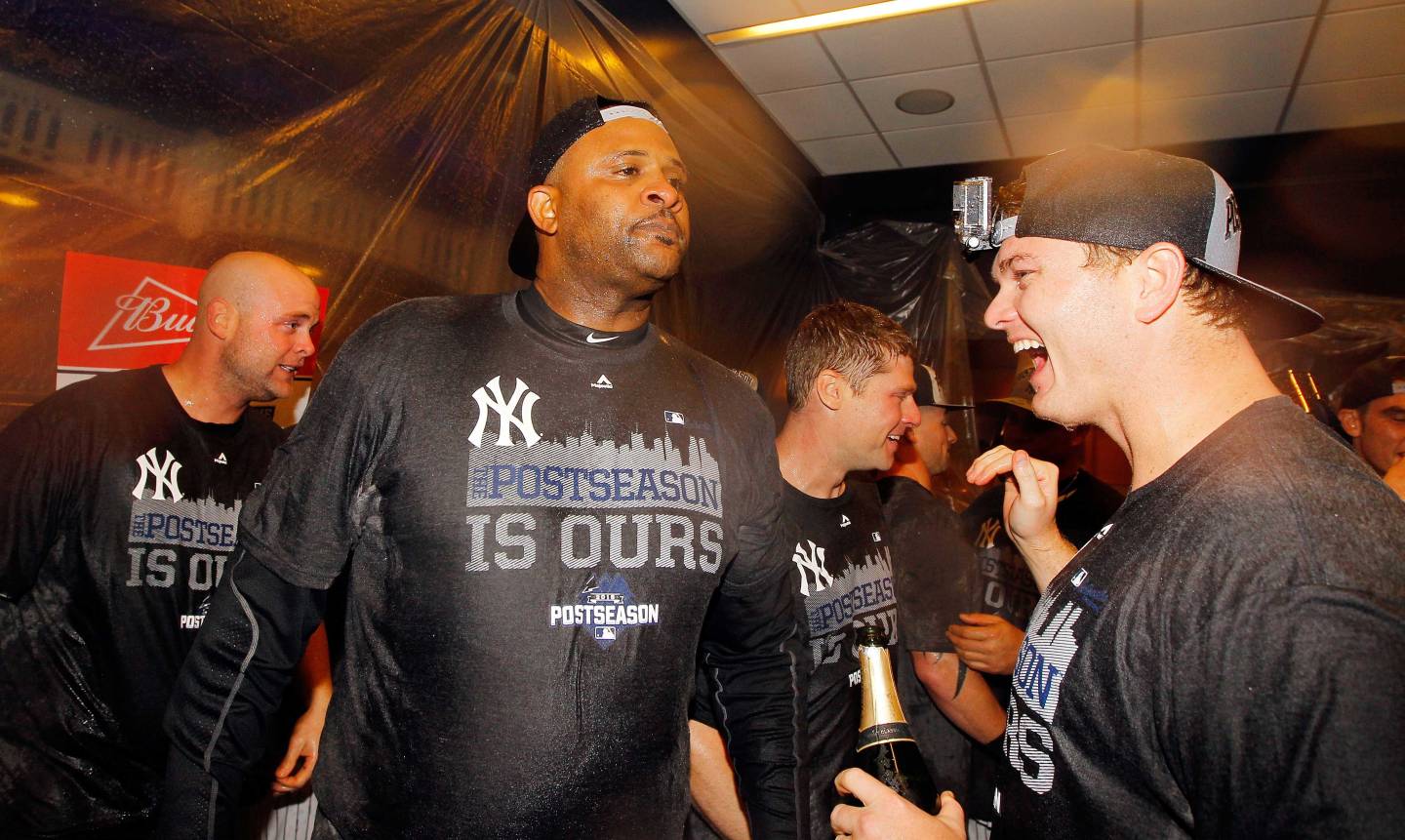 CC Sabathia celebrating the New York Yankees 2015 wildcard victory days before he announced he was checking himself into rehab.
Photograph by Jim McIsaac — Getty Images

With those three words, Yankee pitcher CC Sabathia let manager Joe Girardi know that he planned to check himself into a rehabilitation center because of a worsening alcohol problem. The New York Post reported that Sabathia’s drinking spiraled out of control over the weekend, and the star pitcher recognized it was time to seek professional assistance.

According to the Post, Yankee general manager Brian Cashman commended the six-time All Star for coming forward with his alcohol problem and “trying to tackle it head-on.” The decision must have been especially difficult for Sabathia, because its timing took him off the roster for any postseason games. “What CC is dealing with is a life issue,” the Post quoted Cashman as saying. “It is bigger than the game [Tuesday] night.”

The humane response of the Yankees management to the problems of one of its star players serves as a great example of how an organization should deal with employees who are struggling with addiction. It speaks to a number of crucial values in business life: compassion, respect, and making employees a top priority—all of which help maintain a company’s reputation, respect the law, and inspire employees to seek help.

“A conspiracy of silence”

Former U.S. Representative Patrick Kennedy has written a new memoir called A Common Struggle, about how alcoholism has caused so much pain and distress in his family. He recently appeared on 60 Minutes and declared that it’s time to remove the stigma associated with the disease. “It’s a conspiracy of silence, not only for the person who is suffering, but for everyone else who’s forced to interact with that person,” Kennedy told correspondent Leslie Stahl. “That’s why they call this a family disease.”

In many organizations, employees are like a family, and thus Kennedy’s observations have profound implications for business. I spoke with a man I’ll call “Jack” who used to be senior counsel with a major airline and who has wrestled with several devastating addictions. “I had a close friend at work in whom I confided a lot of things,” Jack told me. “My family didn’t want to talk about specifics, but with my friend I could be more open.” That relationship was one of the reasons Jack eventually sought help through the company’s employee assistance program.

Jack mentioned that some other airlines fired employees who had substance abuse problems, whether or not they had jobs in which safety was on the line. He explained how grateful he was that his own company had a more compassionate view toward employees like him. He eventually went to rehab and has been sober for several years.

Another way good businesses care for their employees is to keep confidential things confidential, as required by the Privacy Rule of the Health Insurance Portability and Accountability Act of 1996 (known more commonly as HIPPA).

Dr. Louis Baxter, executive medical director of the Professional Assistance Program of New Jersey and an alcohol and substance abuse consultant with the NBA and NFL, told me that it’s one thing for CC Sabathia to voluntarily announce that he is going to rehab, “but the public doesn’t have a right to know this information, and Sabathia wasn’t obligated to disclose it.” Dr. Baxter added that Sabathia’s decision to go public was admirable.

Employees who want to keep their health matters private are generally entitled to do so, Dr. Baxter noted, and closely guarding that privacy is both a legal and an ethical duty for all businesses.

Serving the most important customer

Great companies recognize that their most important customers are their employees. So says Ken Blanchard, co-author with Spencer Johnson of The New One-Minute Manager. Kawasaki, Shell, and Merck are among the many large companies Blanchard has worked with, and they know that “if they take care of their people, train them, empower them, even love them, those employees will go out of their way, because they’ll be fully engaged.” Such employees will be positioned “to take care of the second most important customer, the people who use the company’s products and services.”

So how do the best companies respond when one of their own is in the throes of an addiction? By helping them understand what’s really important at work. “There’s so much more to life than baseball,” says famed knuckleball pitcher Tom Candiotti. That’s right—a former professional baseball player (now a TV and radio analyst for the Arizona Diamondbacks) believes that sports should take a back seat to other things.

For Tom, that means having meaningful relationships and serving as an example to others, especially young people. That’s why he says CC Sabathia’s decision to go to rehab and be open about it merits our respect. “He can make a difference,” Tom told me. “Even if he affects one person, he will have taken a negative and turned it into a positive.” Sabathia’s actions will ultimately serve the institution of baseball and its fans well.