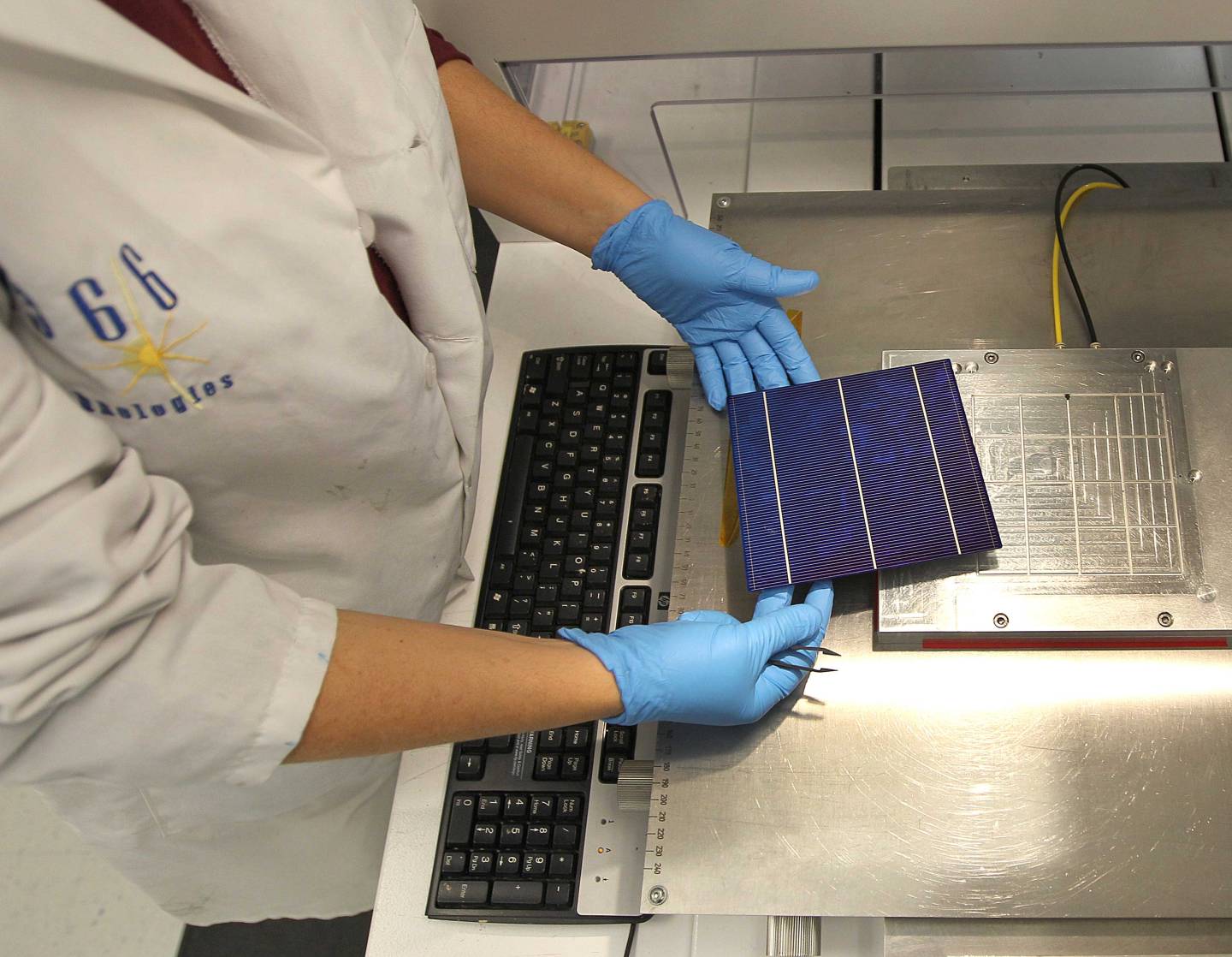 On Wednesday afternoon solar startup 1366 Technologies, and New York Governor Andrew Cuomo, announced that 1366 will build a factory in Genesee County, which is located between Buffalo and Rochester, in upstate New York. The 100,000 square-foot factory could provide 1,000 jobs to the region.

The factory, which is supposed to break ground in the second quarter of 2016, will eventually churn out 600 million silicon solar wafers per year. A silicon wafer is the raw ingredient of a traditional solar cell, and a few dozen solar cells make up one solar panel.

This isn’t the first solar factory going up in the area. The largest solar installer in the U.S., SolarCity (SCTY), has been building a factory to make solar panels in Buffalo, New York. Governor Cuomo also played a major role in recruiting SolarCity’s factory to the state.

When 1366’s factory is eventually up and running in 2017, the wafers made at the factory will be sold to solar cell manufacturers. 1366 Technologies CEO and co-founder Frank van Mierlo told Fortune that the company already has customers committed to buy about 60% of the wafers that will be made there.

1366 Technologies, based in Bedford, Massachusetts, was founded in 2007 based on research done by Ely Sachs, the company’s CTO and a professor at the Massachusetts Institute of Technology. The company has developed a variety of tech innovations that enable it to manufacture solar wafers for about half the cost of traditional solar wafers.

In order to slash costs, 1366 eliminated many steps, as well as material waste, in the traditional silicon wafer production process. For example, 1366 makes wafers directly from molten silicon, which is like making sheets of glass.

In contrast, traditional silicon wafer makers commonly melt silicon into ingots, which are then cut into blocks and those blocks are sawed down into thin wafers. The traditional sawing process tends to produce silicon sawdust which can waste half of the silicon. 1366 also says its manufacturing process uses about a third of the energy that traditional processes use, which also cuts down on costs.

Van Mierlo says that the new factory will be built using $97 million in incentives, including tax breaks, from the state of New York. Van Mierlo says “there’s been a big push by Governor Cuomo to bring advanced manufacturing to help the region grow.”

The factory will reportedly cost $700 million in total to build.

The company was also able to secure a loan guarantee of $150 million from the Department of Energy back in 2011, which will help finance the factory. 1366 was originally hoping to build this factory in 2013, but it has been difficult for U.S. solar manufacturers and startups to raise capital in recent years.

1366 received the loan guarantee a couple months before solar maker Solyndra went bankrupt, which had its own loan guarantee of more than $500 million from the DOE. Solyndra was unable to pay most of the funds back to the government and then became a political punching bag used as an example of why the Obama administration shouldn’t fund clean energy.

That 1366 survived such a difficult period is a testament to both the company’s early decision to make some hard decisions to shift strategy, as well as a symbol that states and the federal government are now starting to support clean energy manufacturing again.

To learn more about solar technology watch this Fortune video: