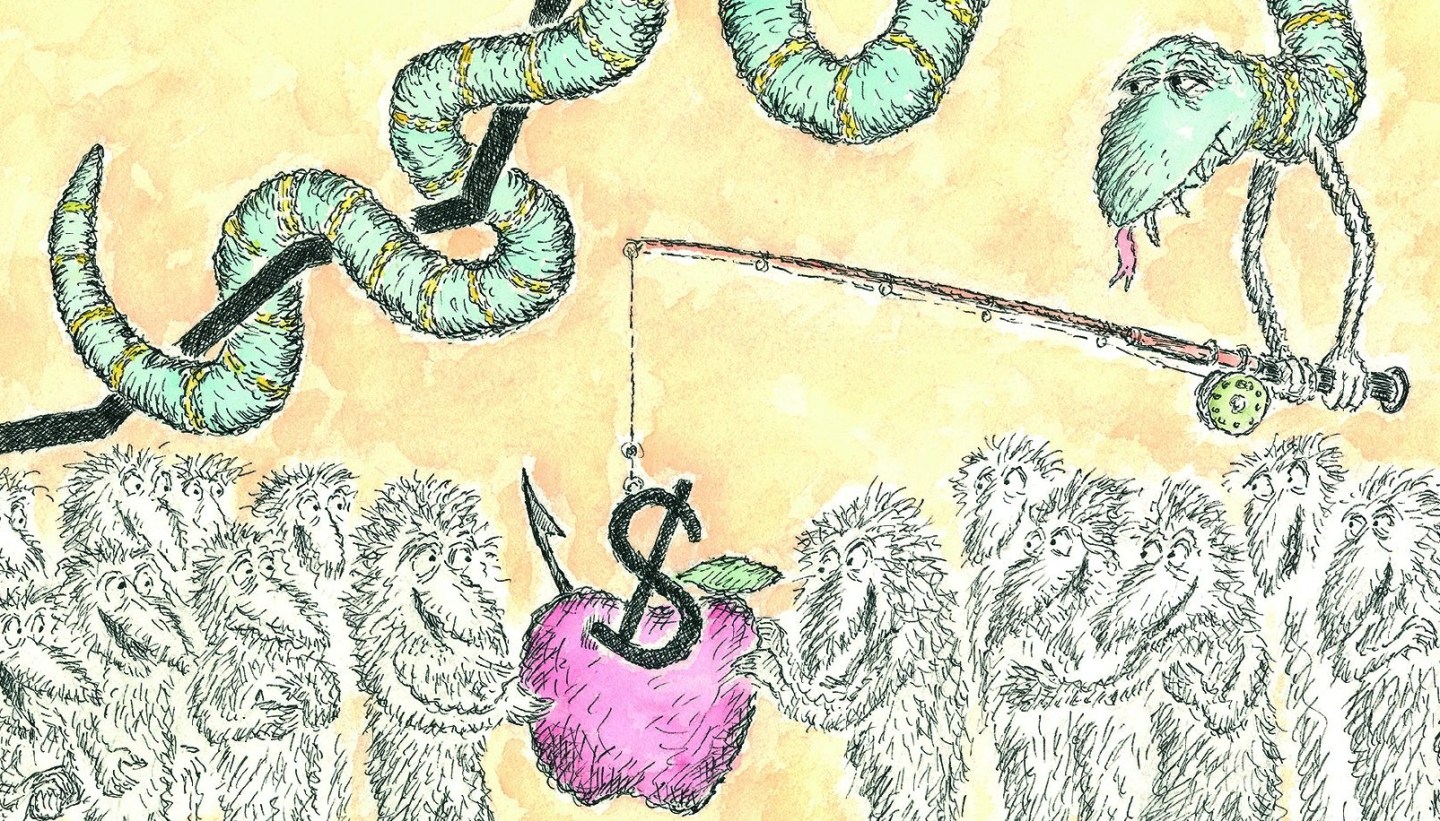 Adam’s Smith’s “invisible hand” of the marketplace is perhaps the single most captivating metaphor in all of economics. The idea that all of society can be made better off by the self-interested behavior of its constituents was revolutionary for its time, and it undergirds free-market philosophy to this day.

But a growing chorus of economists are taking issue with the degree to which we put our faith in free markets, and just how far the invisible hand can take us as a society. Nobel-prize winning economists George Akerlof and Robert Shiller take up this mantle in their latest book called, Phishing for Phools: The Economics of Manipulation and Deception. The central argument of the book is that though free markets bring wonderful bounties to societies that embrace them, they also yield negative consequences that can be avoided with intelligent modifications. They write:

We see the cornucopia that free markets have delivered. But just as every coin has two sides, so do free markets. The same human ingenuity that produces the cornucopia also goes into the art of the salesman. Free markets produce good-for-me/good-for-you’s; but they also produce good-for-me/bad-for-you’s. They do both, so long as profit can be made. The free market may be humans’ most powerful tool. But like all very powerful tools, it is also a two-edged sword.

The book offers powerful support for a skeptical view of free markets, but it’s also a helpful guide for consumers to avoid getting ripped off in the course of making important purchases. Here are five dangerous scenarios Akerlof and Shiller present in their new book:

The purchase of a new car is among the most costly decisions many of us will make in our lives, which also makes it one of the most important. But the fact that most of us have so little experiencing buying a car puts us at a major disadvantage vis-a-vis the folks who are trying to sell us cars. Akerlof and Shiller cite one study that shows that almost one-third of potential car buyers are quoted $2,000 more for a car than what they would have to pay if customers had perfect insight into what the car was truly worth.

In interviews with car salesman, the authors found that the three most effective strategies car salesmen use to help you part with those extra thousands of dollars were: convincing consumers that they really needed expensive options; manipulating the negotiating the price of a trade-in car to "hold the line on the price of the new car they are selling you"; and convincing you to agree to expensive, long-term financing.

The purchase of a home is the single biggest financial decision most of us will make, and the combination of its expense and our inexperience make it a situation where we are often easily ripped off. The most common real estate fee paid on the purchase of a home is 6%, with additional closing costs of 4.4% on average. "Are these payments justified?" ask Akerlof and Shiller. "We can't say for sure, but note that these fees are much lower in other countries; and people there do not seem to be complaining about bad service."

Most of us know about the outrageous interest rates some credit card companies charge to lend money, but even those of us who pay their balance in full every month might want to consider ditching their cards. Studies have shown that people with credit cards will spend upwards of 50% more for common purchases like clothes or even 75% more for purchases like NBA tickets.

For Akerlof and Shiller, Cinnabon is a great example of how companies get consumers to want things that don't actually make them better off. This 880-calorie treat was invented in 1985, and the company has expanded to 750 bakeries in more than 30 countries. "They carefully placed the outlets, with placards and mottos, in the track of people who would be vulnerable to that smell and to the story of of the best cinnamon roll, with a little time on their hands in airports and shopping malls.... We fail to appreciate how much effort and expertise went into understanding our weak moments and developing a strategy to take advantage of them," the authors write.

Cinnabons aren't a monetary rip off, but they are in terms of our health. The food industry is great at exploiting our weaknesses.

Innovation makes capitalism a wonderful system for raising living standards, but not all innovation is created equal. Some of it is miraculous, but much of it ends up being used to "figure out how to lure people into doing things" that are not in their best interest.

One example given by Shiller and Akerloff is Facebook. While Facebook allows users to stay in touch with friends and get information about social events, it also engenders negative emotions like envy and social isolation. A recent University of Michigan study found that the more people use Facebook, the worse they felt. Yet hundreds of millions of people continue to log on each day.