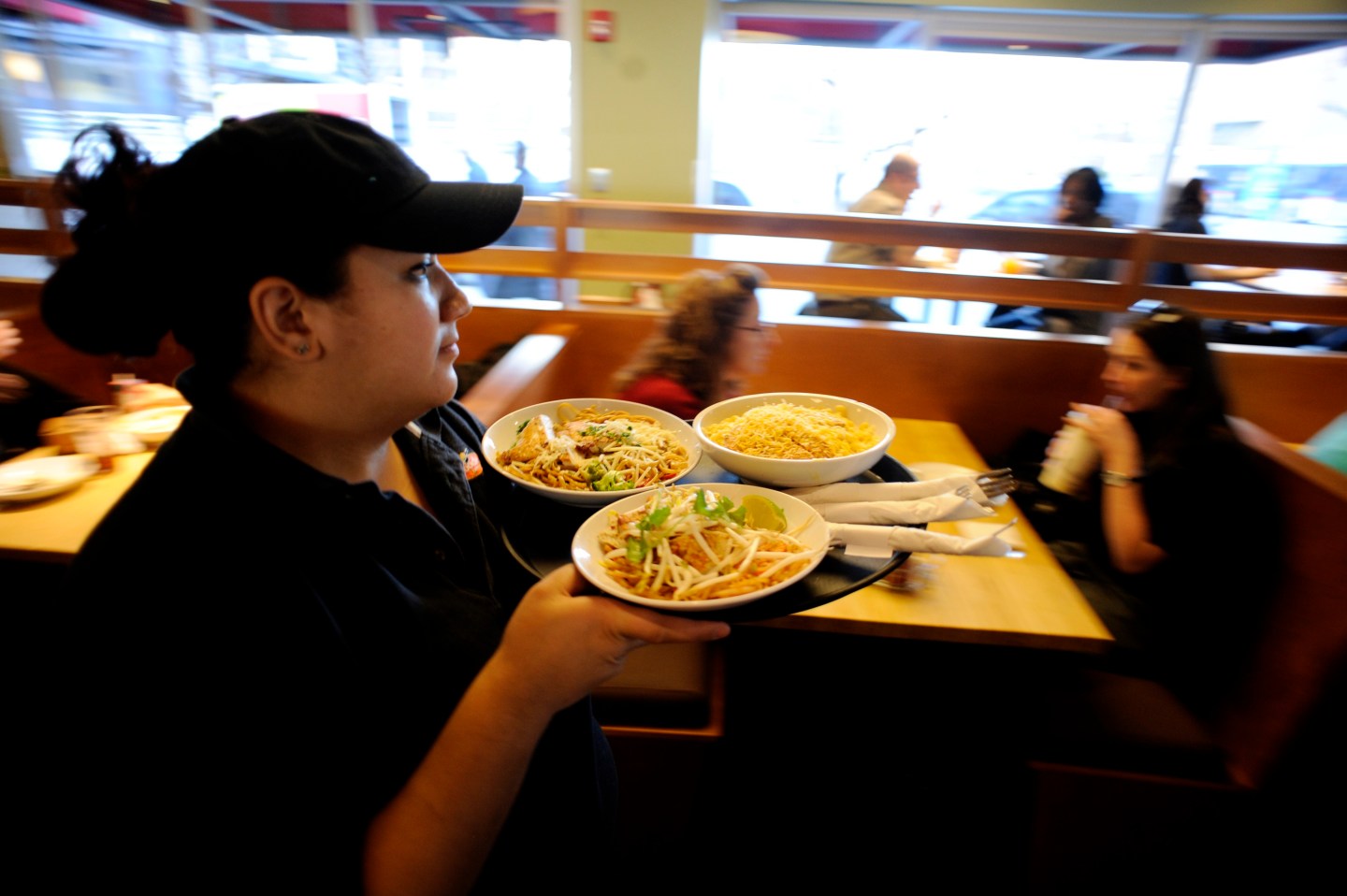 Debbie Teran carries a platter of food to patrons on Monday, December 27, 2010 at Noodles and Company in downtown Denver. Location general manager Ryan Quinn said the restaurant serves between 400-500 customers during the weekday lunch rush. "(Our) lunch is probably one of the busiest lunch rushes in Colorado." The Broomfield-based restaurant has been bought by an investment group led by Catterton Partners of Greenwich, Connecticut. AAron Ontiveroz, The Denver Post (Photo By AAron Ontiveroz/The Denver Post via Getty Images)
Photograph by Getty Images

Quick-service pasta restaurant Noodles & Company is removing all artificial colors, flavors, preservatives and sweeteners from its core menu items. The chain also plans to phase antibiotics out of its meat and poultry supply by 2017, according to a press release.

Noodles & Company’s announcement follows an industry trend toward healthier-sounding food. Pizza Hut and Taco Bell both announced this year they would be eliminating artificial colors and flavors. Panera Bread created a “no-no” list in May of all the artificial ingredients it would be removing from its foods. Papa John’s, Subway, and Kraft Macaroni and Cheese are planning to cut artificial ingredients, too. Even McDonald’s is jumping on the bandwagon, announcing this year that it would phase out antibiotics in its chicken and rbST growth hormones in milk by 2017.

In fact, Noodles & Company might be a little behind the curve, as the food industry moves beyond a focus on artificial ingredients to debate over genetically modified organisms (GMOs). Chipotle, where many of Noodles & Company’s executives previously worked, has been at the forefront of the trend, thanks a new initiative to rid its products of GMOs. Still, there is no evidence GMO ingredients cause harm.

Next up for Noodles & Company is removing artificial ingredients from its beverages and desserts. “We still have work left to do and are addressing that now,” said Chairman and CEO Kevin Reddy in a statement.