The first female Iron Chef: How I overcame sexism in the kitchen 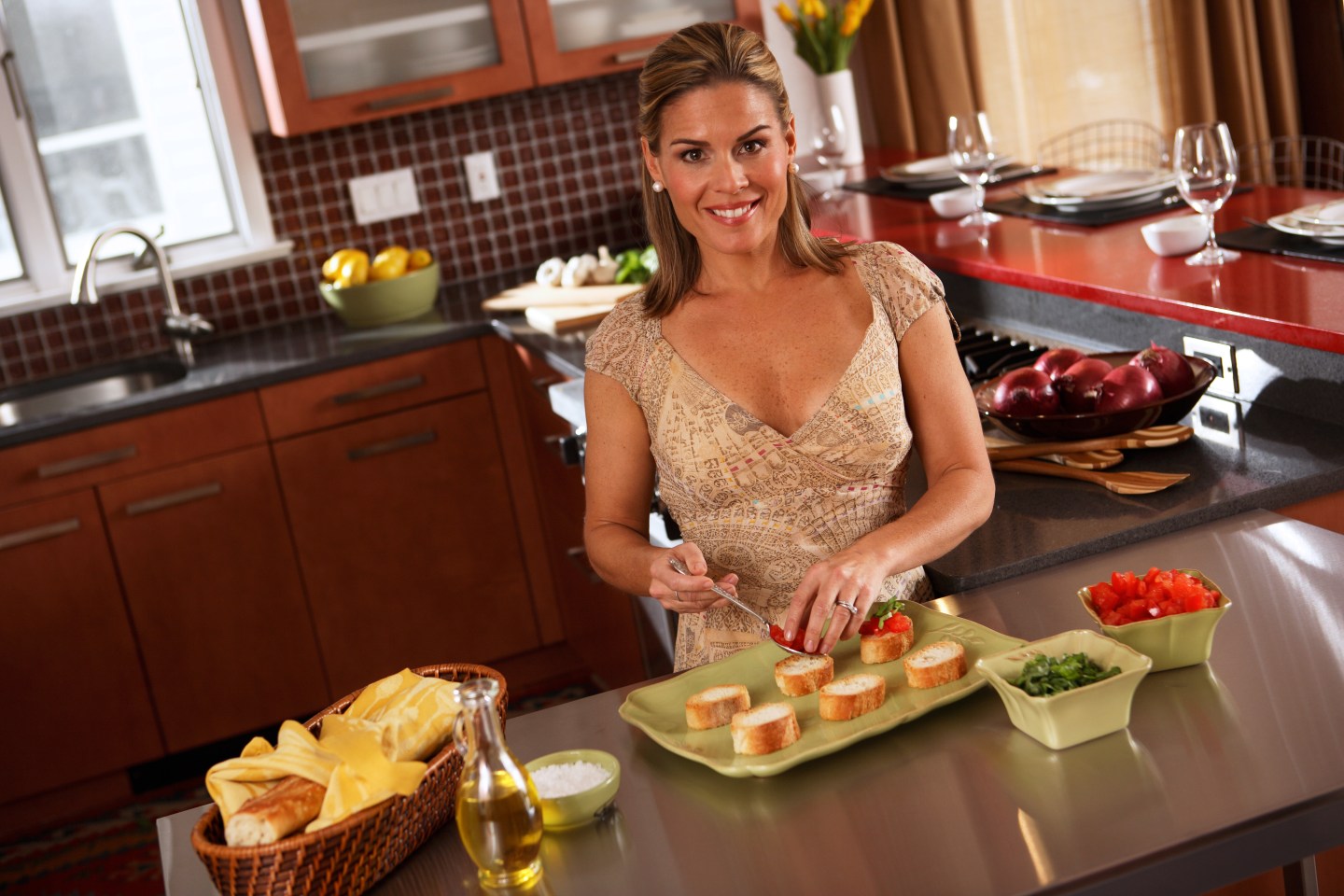 Chef Cat Cora has never been one to follow convention. From braving the infamously anti-female kitchens of Europe’s top chefs, to turning down a job offer from Thomas Keller, to landing a gig as the first female Iron Chef, Cora has blazed her own trail through the culinary world.

In her new book, Cooking as Fast as I Can, Cora walks readers through her journey—from her childhood in Jackson, Mississippi to establishing herself as one of the original Food Network stars. To mark the launch of the book, she spoke with Fortune about how she overcame the trauma of sexual abuse, what it’s like to beat her male counterparts in high-pressure cooking competitions, and what it takes to survive—and thrive—in some of the world’s toughest kitchens.

The following interview that has been edited for length and clarity.

Fortune: In 1992 you drove two hours from your hometown of Jackson to Natchez, Mississippi to get advice from Julia Child at a book reading. She advised you to go to the Culinary Institute of America (CIA) if you were serious about cooking, which you ultimately did. What else did she tell you about becoming a chef?

Cat Cora: She told me it was a man’s world and that I had to be strong, stubborn and persistent. She was very genuine and helped a lot of young chefs kick off their careers, and I was lucky to be one of them.

It sounds like you witnessed the reality of Child’s comment about men in the kitchen when you went to Europe after graduating from the CIA.

It was something I always dreamed about, but it was unheard of for women—especially for women in the U.S.— to hop on a plane and go work in a three-star Michelin restaurant. You’re free labor, but so many doors open for you when you get back. It’s an investment. I sent out a packet with the awards I had won to ten three-star Michelin chefs, including Paul Bocuse, Frédy Girardet, George Blanc and Roger Vergé. I got eight rejections letters in a row. Every single one of them said, “We do not allow women in our kitchen.” I was starting to think about plan B when I got two acceptances, one at George Blanc [in Vonnas, France] and one at Roger Vergé [in Mougins, France]. I decided to do both.

At that time, European kitchens were particularly tough for women. Why put yourself in that environment?

It was about not taking no for an answer, changing the landscape of what had been the norm and creating a new normal for women in the industry. The first hour I was on the job at George Blanc, an apprentice got slapped across the face and almost hyperventilated. They told me that was just for the boys and that they wouldn’t hit me. I was like, “That’s good to know!” They wanted to see if that I could handle it. And I did. It prepared me for Iron Chef America. The Food Network said that I was their first choice because I had cooked in the trenches with guys, and I could handle it.

After being named the first female Iron Chef alongside Bobby Flay, Mario Batali and Masaharu Morimoto in 2005, you spent 10 seasons on the show. What was it like being the first, and for a long time, only, female Iron Chef?

I knew I could cook as hard and as fast as guys, and it was an added pressure to show that I could do that for all women in the industry. It wasn’t just entertainment. Everyone was watching to see if a woman could come into these kitchens, compete against men, and beat them.

In your book, you write about how the real battles came against the visiting female, not male, chefs. What was the difference?

I got more smack talk from the women than I did from the guys. I was a target, especially to the women because they are also trying to prove themselves—and part of that was trying to beat the only female Iron Chef. For about eight years, until Alex Guarnaschelli won The Next Iron Chef, women kept coming in wanting to take me down. The guys would be like, “I can’t wait to cook against you.” The women were extra tough on me.

Tell me about the time you turned down Thomas Keller’s job offer.

I’ve turned down jobs with both Wolfgang Puck and Thomas Keller. With Thomas, it was after I had come back from France and was back in California. He said he’d love for me to be a sauté cook. I was counting the number of steps it would take me to become the executive chef. There isn’t a lot of turnover in those positions because people want to stay in them, so I asked him about the pay. He said it was $7 an hour. I said that I’d cease to have a home for that kind of money. I didn’t want to go backwards. I put much more value on myself, especially after working hard in French kitchens. I knew what I was capable of doing, and I held out for an executive chef position. The next year I became the executive chef and partner at Postino [in northern California] and then five years later I had my own company. I made the right choice.

You have three airport restaurants. What’s the business thinking behind that?

Could I open a restaurant on a corner in New York? Yes. But I feel it’s important for me, with my health and wellness background, to change the landscape of how America eats in places where they are held hostage. At an airport, you’re limited in your choices of quality cuisine. We’re giving people quality, farm-to-table cuisine. And it’s a smart business choice because it’s very lucrative.

In the first chapter of your book you detail how you were sexually abused beginning at age six by a boy who was 15. The chapter ends with you writing, “…one of the reasons I am able to be fearless, to work hard and stay determined over weeks, months and years is my refusal to be done in by shame and guilt….after it was behind me…an attitude rose up in me: “Just watch what I’m going to do now.” Does that memory still push you?

I have done a lot of healing during my early years and then through my late 30s and 40s I was never going to give in to guilt and shame, and I was going to show everybody. That pain taught me to expand as a human being. I wasn’t going to be a victim—I was going to be a survivor and not let the trauma beat me. I drove myself hard, and I thought that being a perfectionist was what I needed to be. Now, reflecting on that at age 48, I’ve realized that forgiveness is a big part of the book. He has since written me a letter to ask for forgiveness because he realizes what he did. I will never forget, but I can forgive. I have learned that if I lived my life in anger and bitterness, that person has won.

Few people might be aware that you once competed in bodybuilding. I need some details!

I was an athlete in high school and lettered in volleyball, then got really out of shape in college. I would walk a mile and be breathing heavy. For me it was about changing my life. At age 19, I decided I was going to get into great shape, and I even took it too far—in the book I talk about how I had a stint of working out with my male partners and doing steroids. I competed in bodybuilding, and I was so into it. I could bench press two times my body weight. I was a beast in the gym.