Here are 3 Volkswagen ads to make you cringe after dieselgate 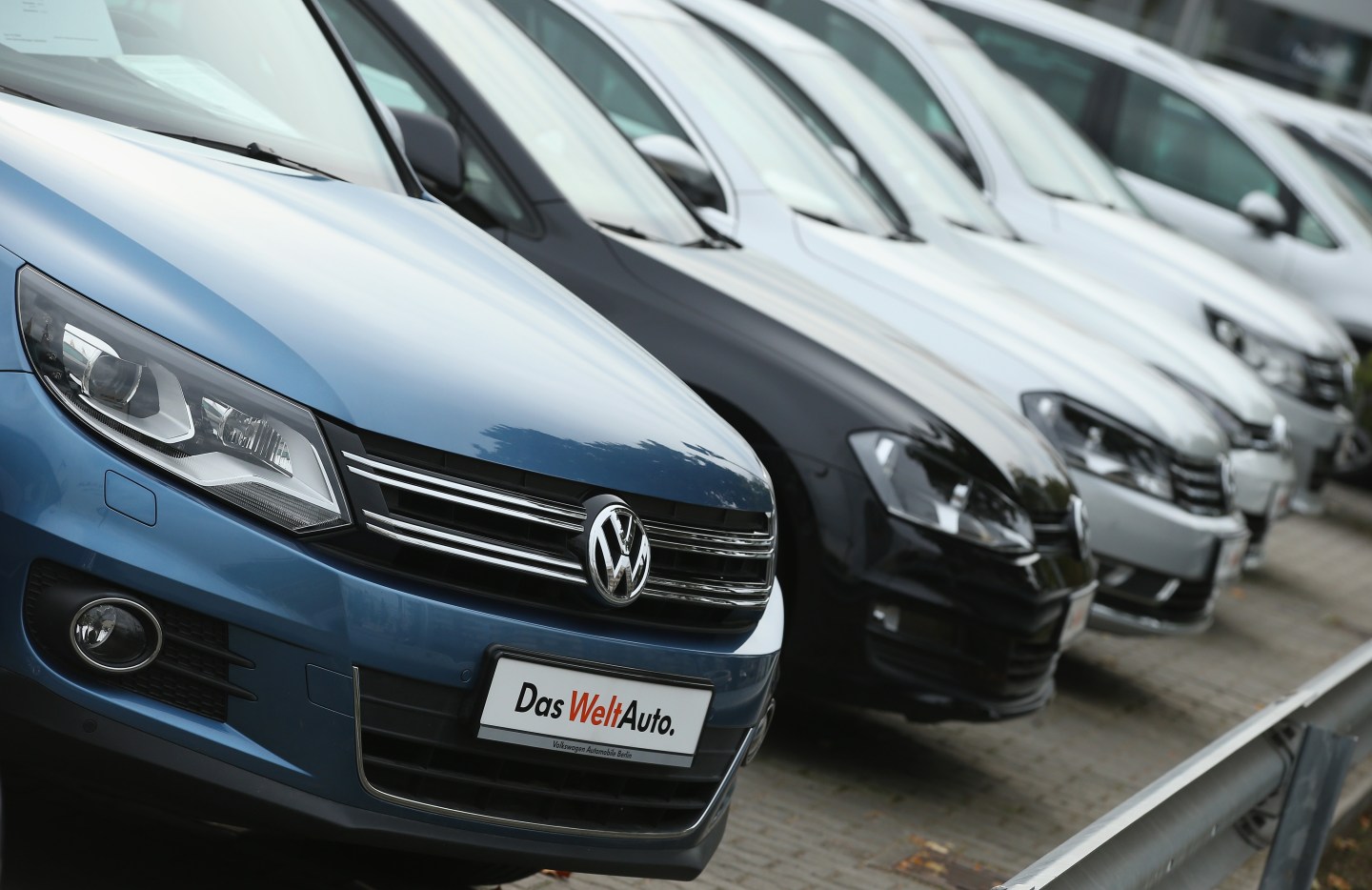 “This Volkswagen missed the boat. The chrome strip on the glove compartment is blemished, and must be replaced. Chances are you wouldn’t have noticed it; inspector Kurt Kroner did.”

So begins the copy in Doyle Dane Bernbach’s infamous print “Lemon” ad of the 1950s, an ad so iconic that it was featured in the third episode of season 1 of Mad Men. This ad was the beginning in a decades-long initiative by VW to convince consumers that, unlike its competitors, it had their best interest at heart.

Today, the “Lemon” ad seems ironic. However, the more recent ads that were created at the same time as the German car manufacturer was cheating on its emissions tests, but trying to build an image that it was both more eco-conscious and honest than other car manufacturers, are downright cringeworthy. Here are three of our favorite examples:

This French ad for used VW dealer Das Welt Auto from earlier this year shows a series of clips of parents lying to their children. A mother tells her daughter that the toy store is closed on Saturdays, while a father tries to convince his kids that string beans are simply “green fries.” The ad ends with the question, “What will they tell you when they try to sell you their car?”

What Volkswagen will tell you is that their cars emit 40 times less of the environmentally-damaging chemical nitrogen oxide than they actually do.

In last year’s Superbowl ad, a father tells his daughter that a German engineer “gets his wings” each time a Volkswagen vehicle reaches 100,000 miles. But German engineers are far from angelic, at least when it comes to the environment. If each vehicle released the estimated 2.8 grams of nitrogen oxide per mile, what reaching 100,000 miles actually means is that a third of a ton of toxic chemicals have been released into the atmosphere. With more than 480,000 cars affected, this would mean 160,000 tons of nitrogen oxide. We can think of other things this should earn Volkswagen and its top executives, but definitely not wings.

“Something stinks,” says one of three “old wives” sitting in a Volkswagen. What stinks is the nearly 1 million extra metric tons of emissions that VW vehicles emit every year—equal to the emissions of all power stations, vehicles, industry, and agriculture in the U.K. over a one-year period. What stinks is the fishiness of installing software in its engines that enact emissions controls only when it senses a test is underway.