Jeb Bush faces peril, with even more storms likely ahead 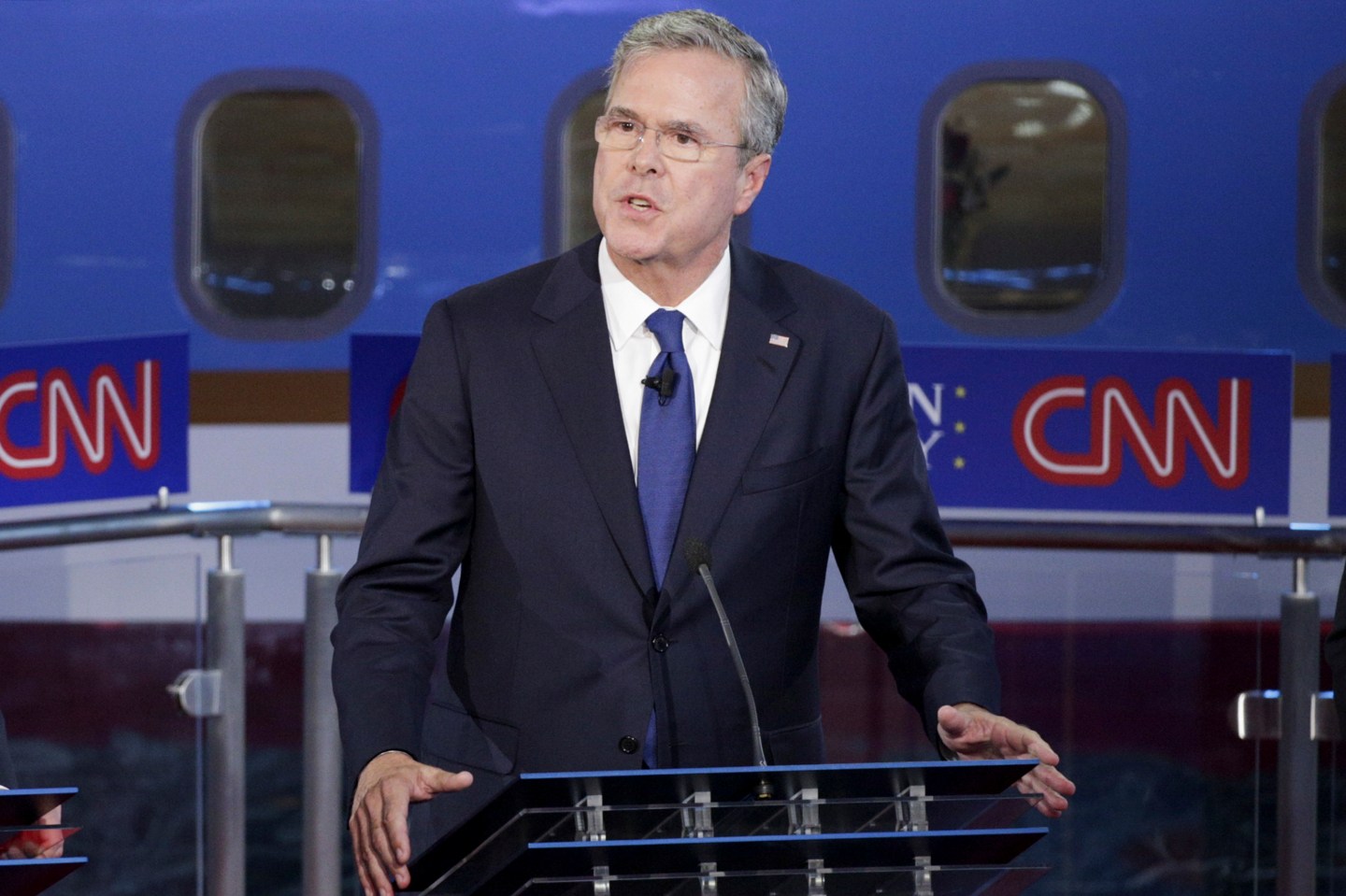 Every presidential campaign tells itself a story. Strategists call it their “theory of the race,” and it begins at the end, with victory. That their candidate is singularly suited for the time and assured to win remains fixed. The question is how straight a route the operation can plot to reach that point, once the inevitable squalls knock it off course.

More than any other Republican contender, Jeb Bush has had to endure his share of unexpected weather events, Hurricane Donald chief among them. Once the prohibitive frontrunner, the former Florida governor watched half his poll support wander away over the summer. He now stands at best in fifth place in most surveys, both nationally and in key states. It’s a particularly perilous moment.

Bush, in his theory of the race, has cast himself as the “joyful tortoise” who’d make plodding progress while others rose and fell. But his own poll dip now has donors on edge. And he needs to keep raising campaign cash, because his own narrative dictates that his superior resources will power him through the burst of early contests primed to winnow the field.

In Jeb World’s gospel, the antiestablishment trio now leading the polls — Donald Trump, Ben Carson, and Carly Fiorina — will fade as more voters start to tune in early next year. Texas Sen. Ted Cruz will inherit the burn-it-all-down fervor fueling their bids. And then Bush will defeat Florida Sen. Marco Rubio, his former mentee, in their native state’s March 15 primary to set up a final showdown with Cruz for the nomination.

If past is prologue, and it usually is, it won’t go so smoothly. The race is still rife with potential spoilers. But that, for now, is the story.