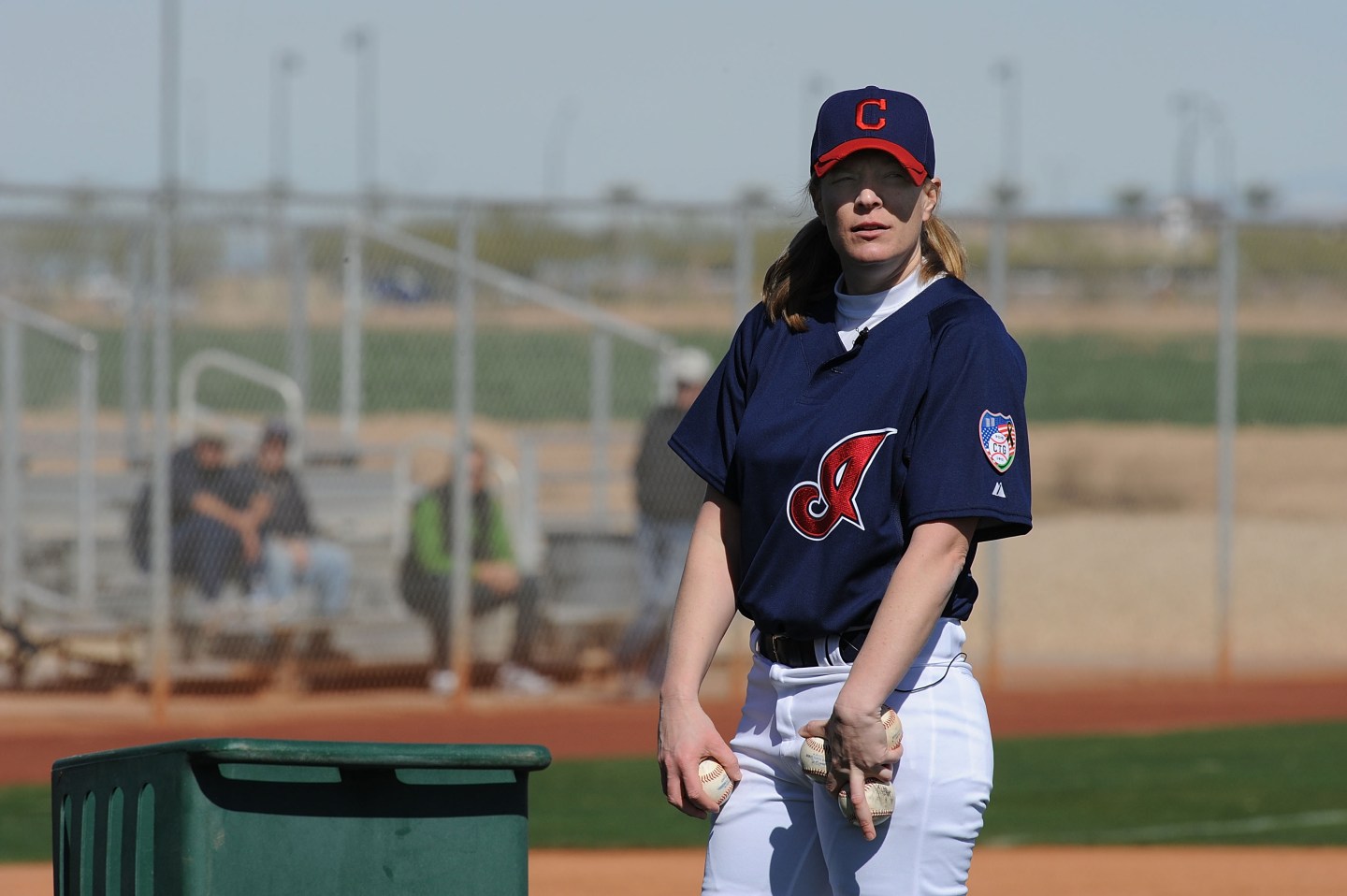 Major League Baseball was beginning to look like the odd man out.

Among the big three U.S. sports leagues, baseball was mostly missing from this positive conversation (with the exception of ESPN making Jessica Mendoza the first female MLB play-by-play announcer this summer). The Oakland Athletics changed that this week.

The A’s have hired Justine Siegal as a coach for its Instructional League team in October.

Like the other impressive women making history in men’s leagues, Siegal has an exhaustive baseball resumé and there’s really nothing surprising about her hiring, beyond the fact that she is a woman. She is highly qualified to be coaching MLB players.

Siegal holds a Ph.D in sport psychology from Springfield College. In 2009 she became the first woman to coach in men’s professional baseball when she was a first base coach for the Brockton Rox, part of the Can-Am League. In 2011, Siegal pitched batting practice for a few different teams including the A’s and the Cleveland Indians, and was the first woman to do so. That year, as the web site of her organization Baseball For All boasts, David Letterman mentioned her in one of his monologues.

The gig with Oakland, for now, is only for a mere two weeks.

It could certainly turn into something more permanent, but excitement over that possibility may be tempered by what happened with Welter, whom the Cardinals hired as a training camp intern and did not keep on for the regular season.

Even if Siegal does not stay on with the A’s past October, her hiring opens the door for more to follow. Welter echoed that logic in her comments to Fortune during Cardinals training camp this summer, referring to her own hiring and that of Lieberman: “I am so excited to see the media excited over these positive stories,” she said. “Something that inspires people, that shows little girls what’s possible in this world, that shows guys that women are truly capable of anything. Now that this door has been opened, maybe we’ll see more of it, and hopefully it will not be a news story.”