Alibaba’s chairman Jack Ma is moonlighting as a painter 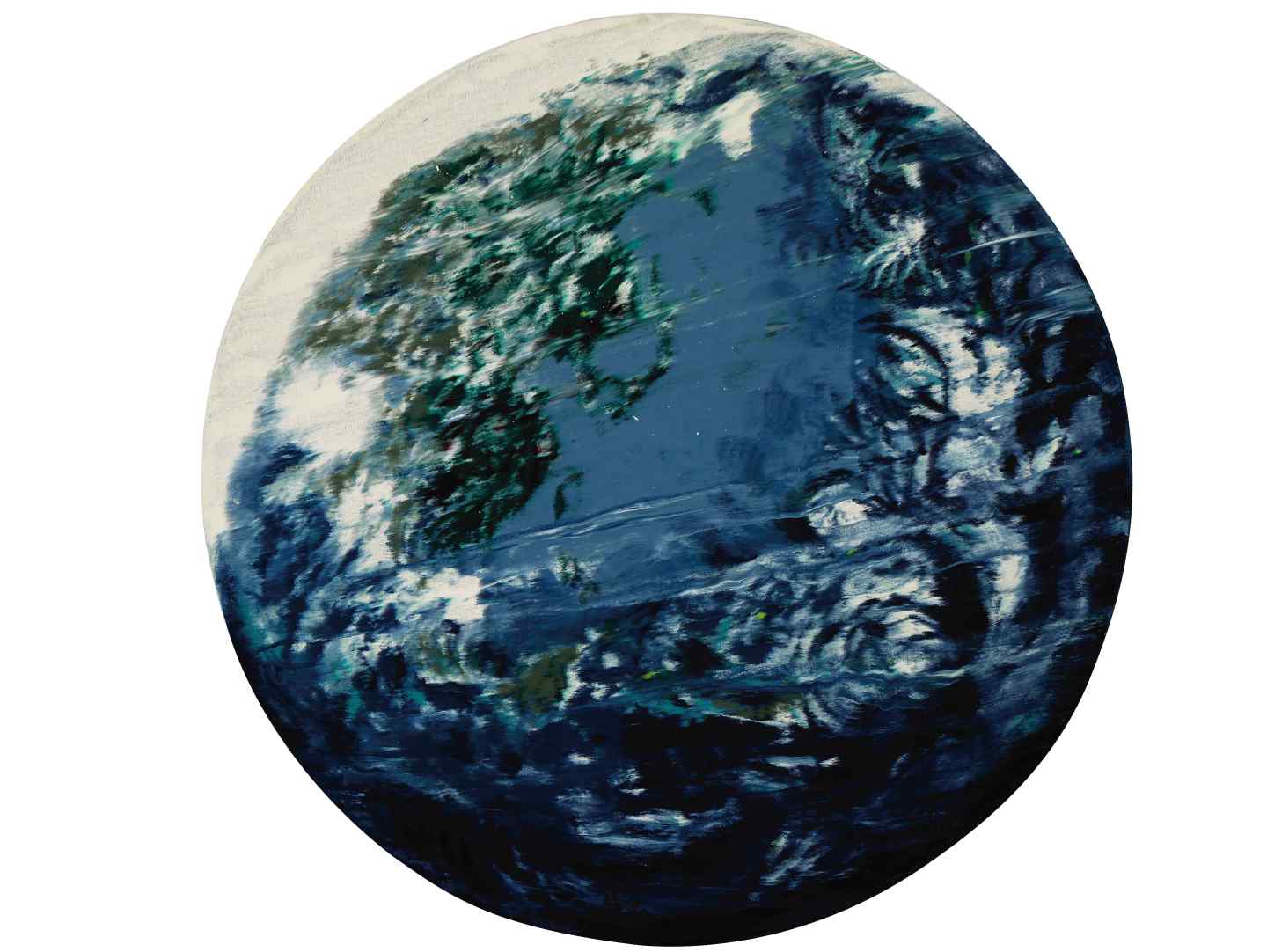 Sotheby’s will auction an oil painting created by Jack Ma, chairman and founder of the Chinese e-commerce powerhouse Alibaba, in its October 4 sale in Hong Kong.

As one of the world’s richest people, with an estimated net worth of $22 billion, Ma is as about as far as one can get from being a starving artist. He appears to be counting on his high profile to raise awareness of environmental issues and to bring in funds for Paradise International Foundation, a nonprofit environmental conservation organization.The circular painting of Earth, called Paradise, is estimated to bring in 1.5 – 2.5 million HKD, or about $193,485 – $322,475 USD.

Precedent suggests that estimate is achievable, as this is not Ma’s first venture into the fine arts or into selling his work for charity. In 2013, Ma sold a painting on the online retail platform Taobao for 2.42 million yuan (approximately $380,000 USD), which the South China Morning Post said was widely thought to be a marketing gimmick for the Alibaba Group’s mobile messaging app Laiwang. Proceeds from that abstract painting, a swirling design which was rendered in traditional Chinese brushstroke style, were donated to a charity project from the Red Cross of China and Taobao.

The 2013 stunt was a successful promotion. Ma generated interest in the auction, and in his mobile app, Laiwang, by vowing that once his Laiwang account followers topped 100,000 he would auction a painting he made himself. His followers soared to 430,000 the same day. That auction was intense, with 913 bids over three days and dozens of extended deadlines.

Ma began studying Chinese painting in 2013, and by 2014 he had teamed up with Beijing artist Zeng Fanzhi for the Paradise collaboration. Fanzhi’s “The Last Supper” painting set a record price for contemporary Asian artwork at the 2013 Sotheby’s auction, selling for $23.3 million. Ma said, “That this is the first time I’ve painted, and to have been able to do it with Fanzhi—I am deeply honored; this is my first time to paint, and I feel very good. Together, we created an earth: to protect the earth, to protect the oceans, to protect the air, to protect water.”

Zeng Fanzhi and Jack Ma with their painting Paradise.Sotheby’s

The pair created the planet image by first coating the circular canvas with paint, then dotting it with additional paint, and using palette knives to scrape the land masses and other features into shape. Fanzhi is known for his abstract use of luan bi, or “chaotic brush,” and Paradise reflects that style.

Painting is not a common hobby among CEOs, whose pastimes often tend alpha — fitness, extreme sports, cars and motorcycles, hunting, and the well-established networking opportunities of golf. But for Ma, it is a way to broadcast his environmental philanthropy further.

Among other measures, Ma has sworn off shark fin soup and banned sale of shark fins on Alibaba platforms, and earlier this year he purchased more than 28,000 acres in New York’s Adirondack Mountains region for conservation.

Can we anticipate more paintings from Ma, environmentally conscious or otherwise? He hasn’t said either way, but earlier this year, Ma posted on Sina Weibo, China’s version of Twitter, that it takes more to be a painter than to run a business.