Who is Axel Springer? 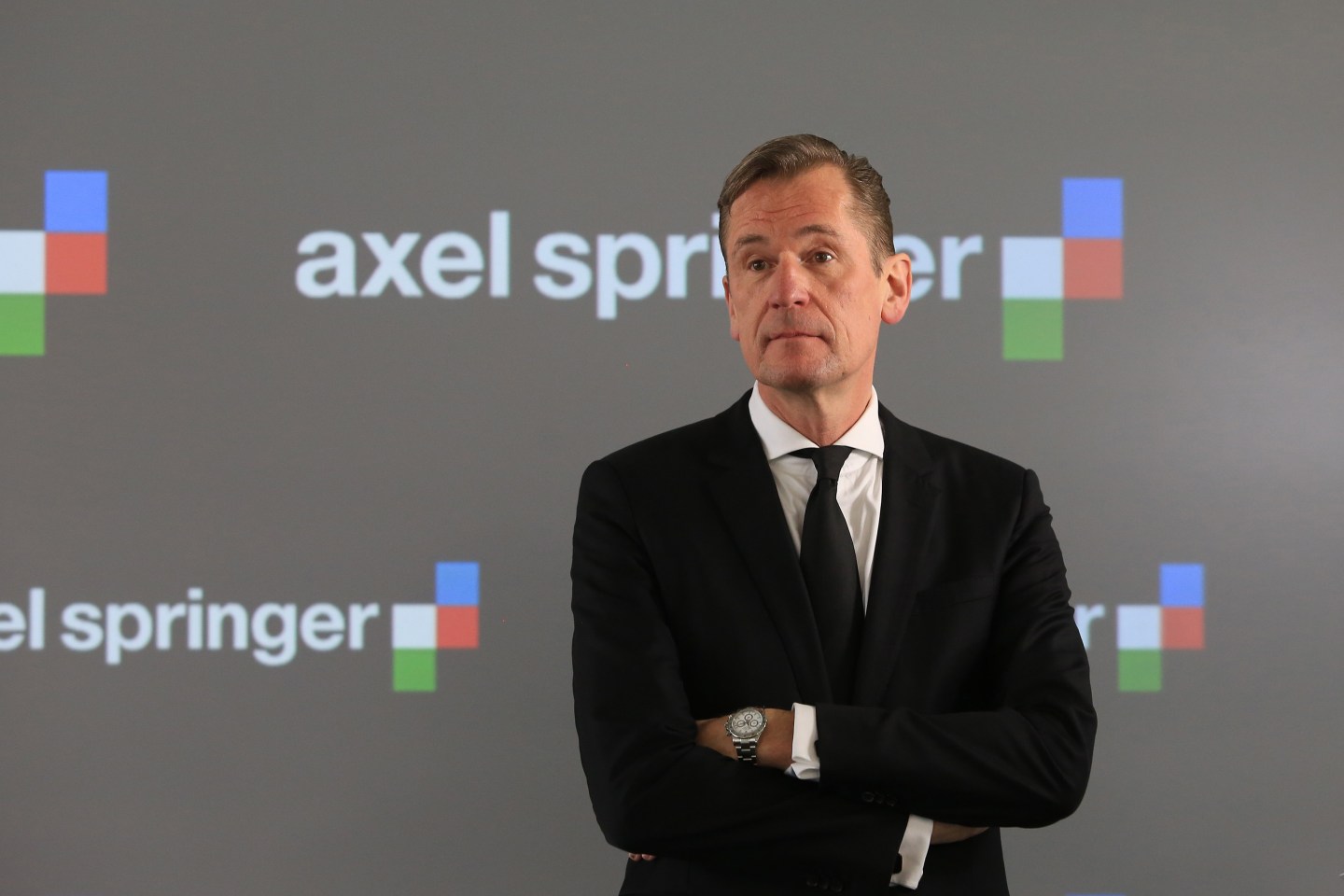 If you’ve been following any of the recent funding and acquisition news in the media industry, one name keeps popping up in almost every story: Axel Springer. The company just finished buying Business Insider—a company it already owned a small stake in—for $343 million, tried and failed to buy the Financial Times in July for $1 billion, and has invested in half a dozen media startups, including New York-based Thrillist.

Springer may be a relative newcomer to the U.S. market, but it is a well-known player in the European media industry. Based in Berlin, it is a giant in the German media business, with leading newspaper and magazine titles that include Bild and Die Welt, and annual revenues of about 3 billion Euros, or $3.2 billion.

The company was founded in 1946 by Axel Springer and his father Hinrich and initially published a single monthly magazine about books. Other magazines followed, and then the daily tabloid newspaper Bild, which was modelled on the British tabloid The Daily Mirror. The company grew through acquisitions, and is now controlled by Springer’s widow Friede, who owns a majority of the shares.

The company’s aggressive moves into U.S. media are part of an ambitious growth strategy designed by Mathias Dopfner, who has been Springer’s CEO since 2002. There are two main prongs to the strategy, which is being powered by the cash flow from the company’s traditional media assets: 1.) Expand further into digital content, and 2.) Expand further into English-speaking markets like the U.S. and Britain.

One of the first major signs of this strategy at work was the takeover bid for the Financial Times, one of the most highly-respected business publications on the planet. The magazine was widely believed not to be for sale, but the new CEO of owner Pearson PLC had made public statements that suggested he might be interested in a deal, and so Axel Springer pounced, with a $1 billion offer.

It looked like a done deal, to the point where the Financial Times itself reported that the acquisition was going ahead. But at the last minute, Japanese financial giant Nikkei made a counter-offer, and Pearson accepted it. That wasn’t Springer’s first attempt to buy a financial publication, however: The German company also made a bid for Forbes when it went up for sale in 2014.

After losing the FT bid, Springer quickly pivoted and made an offer to acquire a controlling stake in Business Insider, the upstart business-news site co-founded by former Wall Street analyst Henry Blodget. Springer already owned a 9% stake in the company, after investing in January as part of a funding round, and made an offer that Business Insider couldn’t refuse for the remainder of the company. (Amazon CEO Jeff Bezos retains a 3% stake he acquired via an earlier round.)

In a tangible sign of his determination to buy the news startup, the purchase price for Business Insider valued the entire company at close to $500 million, or more than twice what it was valued at when Springer first invested in the company nine months earlier.

“This really is a pivotal point in the changing of the media landscape,” Dopfner said on the conference call announcing the Business Insider deal, referencing the billion-dollar valuations for companies like Vice, Vox and BuzzFeed. “New digital media companies are being built and we definitely want to be a player. With Business Insider we have laid the foundation to achieve that.”

The acquisition price is more than six times the startup’s estimated revenues for 2016. That’s not far out of line with other recent investments in the media sector—including NBC Universal’s $200-million investment in both Vox and BuzzFeed—but not exactly cheap either. On the day the news was announced, Axel Springer’s share price took a hit, although it’s difficult to say whether that was due to skepticism about its expansion strategy or overall weakness in European stocks.

Over the past year or so, Springer has been building up what amounts to a hedge fund portfolio made up of stakes in media startups, primarily based in New York. It now owns small amounts of half a dozen companies, including: Ozy Media (founded by former MSNBC news anchor Carlos Watson), Mic (co-founded by Chris Altchek and Jake Horowitz) and NowThis News (one of a stable of companies funded by Lerer Ventures). Most are aimed at a millennial news audience.

Springer is also a 50% shareholder in Politico Europe, the European arm of the U.S. political-news startup founded by former Washington Post staffers Jim VandeHei and John Harris. That partnership fulfils both of Springer’s requirements — it is an English-speaking company, and it is almost 100% digital (although it does publish print versions of its topic-focused newsletters for certain markets).

Although part of Springer’s strategy is to become more digital, it should be noted that the company is already much farther along that road than many of its competitors, either in Europe or the U.S. In 2012, Springer created a digital classified business in partnership with the private equity fund General Atlantic, and expanded it by acquiring a job-listing site called TotalJobs from Reed Elsevier. More than 70% of the company’s cash flow now comes from digital businesses.

Springer has also been trying to build its own digital businesses in-house as well: It recently partnered with Samsung to launch a curated-news product called Upday that aggregates news from a variety of sources for users of Samsung phones. At the same time, Dopfner has been a vocal critic of Google’s dominance in search and search-related advertising, writing an “open letter” to chairman Eric Schmidt about his concerns that the company has too much power online.

Funds from Springer’s growing digital base, and the continuing cash flow from newspapers and magazines, have provided most of the fuel for Dopfner’s acquisition and investment strategy—along with the money it raised in 2013 by selling its regional newspapers and many of its smaller magazines to another German media group for close to $1 billion. The only question is where it will strike next.