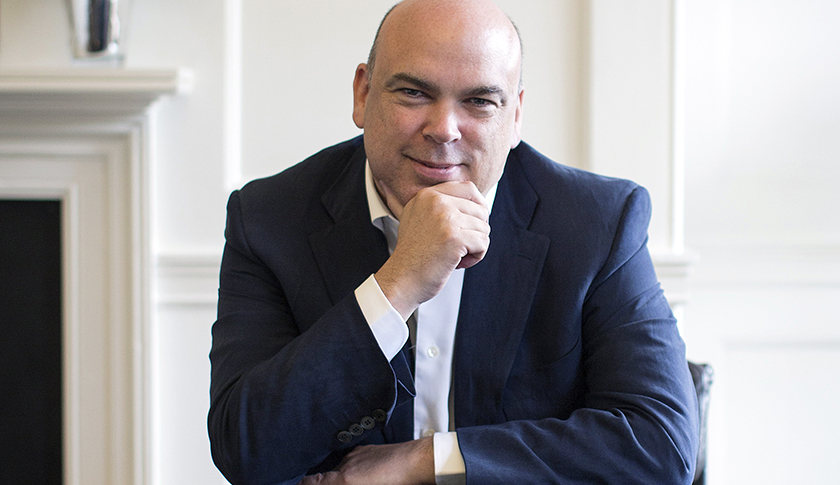 Mike Lynch, former chief executive officer of Autonomy Corp., a unit of Hewlett-Packard Co., and founder of Invoke Capital Partners, poses for a photograph in London, U.K., on Tuesday, July 8, 2014. Lynch, who founded Autonomy, has since founded Invoke Capital, a technology and investment company, which has recently invested in Sophia Genetics SA. Photographer: Simon Dawson/Bloomberg via Getty Images
Photograph by Simon Dawson — Bloomberg via Getty Images

You could see this one coming down the pike.

After months of charges and countercharges between current Hewlett-Packard leadership and former Autonomy executives, former Autonomy chief executive Mike Lynch filed suit against HP in the U.K. High Court on Thursday seeking damages of more than $150 million, according to a statement sent by Lynch’s U.S.-based public relations firm.

Lynch alleges that HP made “false and negligent statements” about him and the Autonomy management team and engaged in a subsequent “public smear campaign.” HP (HPQ) is pursuing legal action against Lynch and former Autonomy chief financial officer Shushovan Hussain in the U.S.

According to a statement provided by Lynch’s representatives: “Over the past three years, HP has made many statements that were highly damaging to me and misleading to the stock market. Worse–HP knew, or should have known, these statements were false.”

HP, under then-chief executive Leo Apotheker, sought to beef up its enterprise software portfolio with Autonomy. It completed the $11 billion purchase in October, 2011. It subsequently took an $8 billion write down related to the deal. HP CEO Meg Whitman has said that Autonomy management misled HP about the nature of that company’s business and requested an investigation by the U.K. Serious Fraud Office, which was closed. The U.S. Department of Justice and the Securities & Exchange Commission continue to look into the matter, HP has said.

Reached by email, an HP spokeswoman called Lynch’s lawsuit a “laughable and desperate attempt to divert attention from the $5 billion lawsuit HP has filed and the ongoing criminal investigation. HP anxiously looks forward to the day Lynch and Hussain will be forced to answer for their actions in court.”

Recently public court documents show that Ray Lane, who was chairman of HP at the time, had last-minute doubts about the deal and tried to scuttle it.