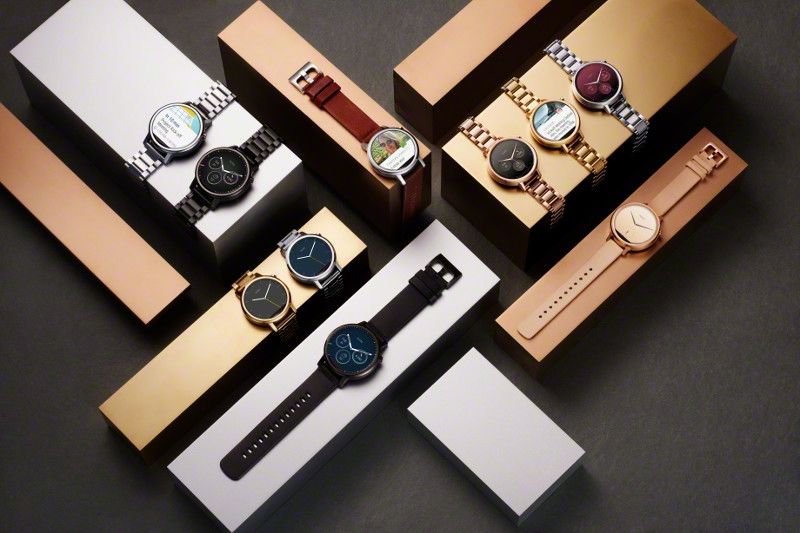 Motorola’s first-generation Moto 360 was one of the first Android Wear-powered smartwatches to hit the market in 2014. The 360 garnered attention for its circular design, chamfered edges, and high-quality leather bands, but was far from perfect. The super-sized watch suffered from poor battery life, and was a little too big for some critics.

For the past week, I’ve been wearing a 46 mm Moto 360, customized with a silver housing, “micro knurl” bezel, and a leather watch band. In total, this configuration cost $369, which is $70 more the firm’s 42 mm model.

You can build a customized Moto 360 using Motorola’s Moto Maker website. The site lets you mix and match colors and finishes, along with change watch bands and set the default watchface. As you make changes, a live preview of your creation is shown. If you want a black housing with a gold bezel and a silver watch band, Moto Maker can make that possible.

Some changes, such as color, are included in the base price, whereas adding a metal band or changing the bezel will add to the overall cost. The second-generation Moto 360 starts at $299, with a fully customized gold version maxing out at $450.

The end result is a watch hand selected by consumers; a stark contrast to the one-size-fits-all purchasing options we’ve grown accustomed to over the years.

The new Moto 360 is far more responsive than last year’s model, with apps opening quicker and voice commands registering faster (when paired with an Android device). Battery life has also improved, increasing from a single day (if you were lucky) to nearly one-and-a-half days on a single charge. With light usage I was able to stretch battery life to two full days.

Another notable improvement is the strength of the device’s vibration alert. I would frequently miss alerts on the original Moto 360 due to not feeling the vibration. With the new model, however, the alert is more prominent and harder to miss.

During my time with the device, I used the Moto 360 with the Moto X Pure Edition for half the week, and an iPhone 6 for the other half. Support for the iPhone was recently added to the Android Wear platform.

When connected to my iPhone, alerts would come through without issue, but I found the inability to take action on an alert frustrating. For example, you can reply to a text message with your voice or archive an email without touching your phone.

Furthermore, the watch’s “OK Google” voice command failed to work on multiple occasions, often timing out or prompting me to make sure my watch was connected to my iPhone, which it always was. Another downside is the lack of available Android Wear apps. You’re essentially limited to using only the apps Google includes in Android Wear out of the box.

Despite having the ability to use an Android Wear watch with an iPhone, I wouldn’t recommend it.

Overall, the second-generation Moto 360 is a respectable upgrade over last year’s model. I would have no issue recommending it to an Android user in the market for a smartwatch. It’s faster, looks fantastic, and has enough battery-life to get through the day.

Unlike last year, however, Motorola now faces competition from other Android Wear partners. Huawei offers an Android Wear smartwatch that looks just as good—if not better than—the Moto 360, and the LG Urbane is just as svelte. Heck, the new Pebble Time Round smartwatch is $50 cheaper and works just fine when paired with an Android device.

In a sense, this year’s competition is giving Motorola exactly what it wanted: more choices for customers.

For more on Motorola, check out the following Fortune video: