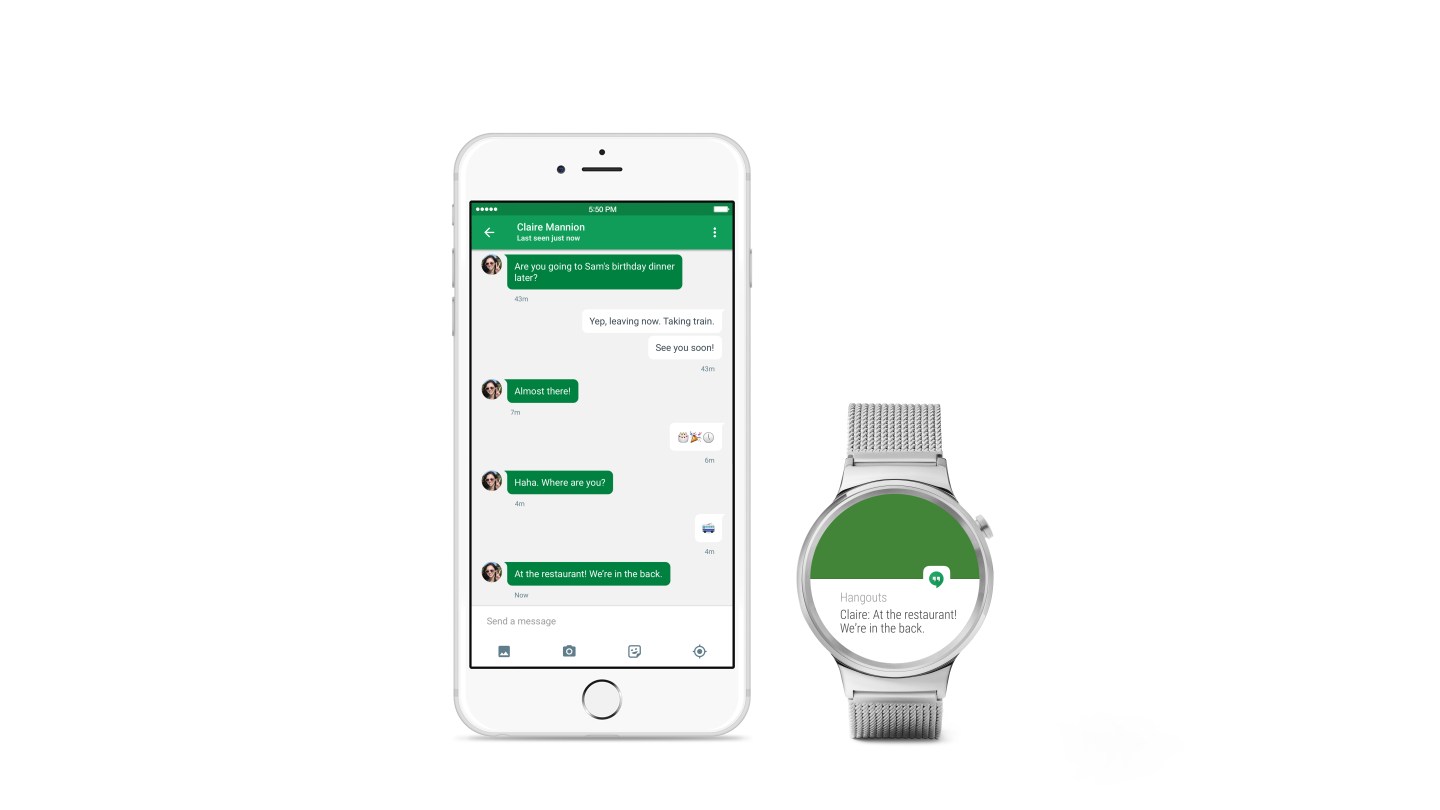 Google has created an Android Wear companion app for iPhones.
Courtesy of Google

Last week Huawei let it slip that Android Wear, Google’s (GOOGL) smartwatch platform, would soon add iOS support. Soon after the news was accidentally leaked the tech company shrugged off the mistake, while also teasing there would be more news soon.

Google’s Android Wear iOS companion app will be available in the App Store. The app will allow owners of a compatible Android Wear to pair the device with an iPhone, customize watchfaces, and adjust settings.

At launch, only the $350 LG Watch Urbane is compatible with Android Wear for iOS, but Google promises all future Android Wear watches will work: including upcoming devices from Asus and Motorola (neither of which have been announced).

The biggest question surrounding Android Wear on iOS is what the watch will be able to do when it launches. As competing smartwatch platform Pebble has shown, creating a smartwatch that provides a pleasant user experience, in spite of limitations from Apple’s (AAPL) operating system, is a challenge.

The new Android Wear operating system will mirror notifications currently displayed on the iPhone’s lock screen. Unfortunately, replying to an iMessage or Hangouts message from your wrist won’t be possible; instead the watch will prompt you to open the app on your iPhone and reply.

Google, however, has said Gmail users will have the ability to reply to email by voice.

As for the fitness side of things, Google Fit will keep track of step counts and other fitness statistics, with information viewable inside the iOS Android Wear app.

Unfortunately, third-party Android Wear apps will not make their way to iOS. Users will have to live with the apps Google develops and integrate them into Android Wear and the iOS companion app.

Android Wear will provide iPhone users with an alternative to the Apple Watch, though vendors will need to offer competitive pricing. Paying $350 for the LG Watch Urbane or Huawei’s Watch—the same price as the Apple Watch—and forgoing the deep integration Apple affords its own hardware is going to be a tough sell.

For more about Google check out this related video: