Here’s how Ralph Lauren tried to run his company honorably 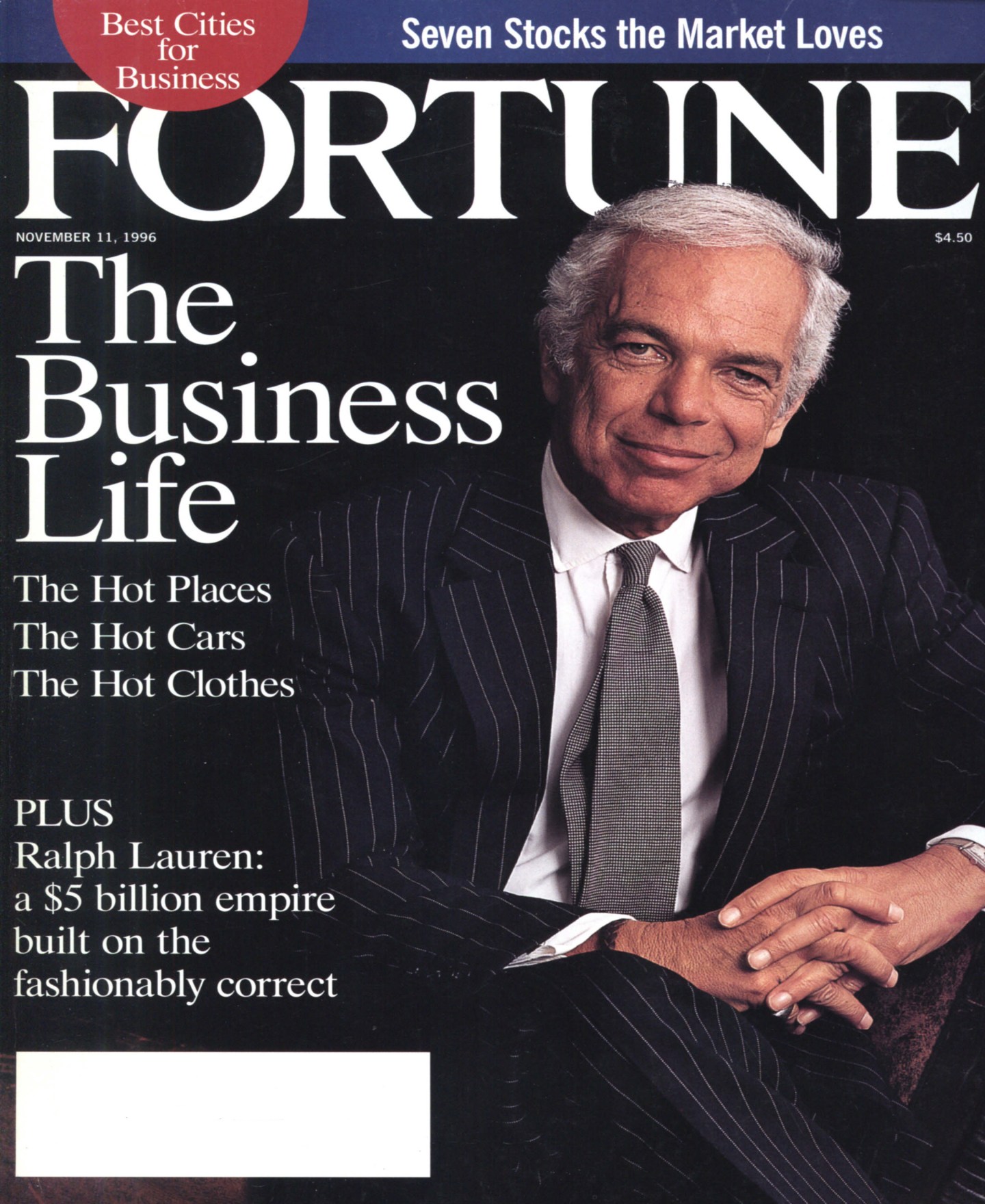 Ralph Lauren is stepping down as CEO of his namesake retail giant after 48 years. He’ll remain the chief creative officer and executive chairman while Old Navy’s Stefan Larsson takes the helm.

“My job is to think always about the future of our company and how to move it forward,” Lauren said in a statement Tuesday. “Stefan Larsson is exceptionally talented, and he will bring our company a fresh and exciting global perspective.

Nearly 20 years ago, Fortune profiled Lauren in a cover story for the magazine.

“On a brilliantly sunny summer afternoon, the kind of day people dream about to get them through the dreary frigid winter, we’re in a Manhattan office building trying to figure out where Ralph Lauren will sit,” the piece begins. “Actually, we’re in Lauren’s small, all-white office on Madison Avenue, and with two large, lovely chairs and a big cushy couch laid out before us, the answer is far from obvious. Rather than chance some giant faux pas by claiming his favorite spot as our own, we bravely put the question to him: ‘Mr. Lauren, is there a particular place you’d like to sit?’ His response: ‘Wherever the light makes me look best.'”

The article adds: “That’s Ralph. For nearly 30 years Lauren, 57, has earned a handsome living showing Americans (men especially) how to look good, using himself as the model. And therein lies a puzzle.”

Here are four other takeaways from Fortune’s story on Lauren:

On his company going public:

Lauren himself admits an IPO is “in the realm of possibility,” but adds “I doubt if I’m going to do it. I like my privacy. I have no reason to do it unless I want to buy something else. And I sort of have everything I want.”

On family and growing up:

Lauren was born Ralph Lifshitz in the Bronx. His father was an artist who painted houses for a living; his mother raised the kids (Ralph was the youngest of four). He played stickball, dated girls, did all the normal stuff. He didn’t grow up sketching clothes, and he didn’t go to fashion school. “I don’t know, from the time I was 12 years old I looked cool,” he explains. “My father was a painter, so maybe I got some sense of color from him. I do know that whatever I had on, other kids would say, ‘Hey, where’d you get that?’ “

On his suit business:

Lauren saw that his suit business was stagnating. “I wanted something not Italian-looking, just more sophisticated.” He envisioned elegant hand-sewn garments cut from fine fabrics, then shaped closer to the body. Lauren wanted a tasteful look for someone with a well-toned body who isn’t shy about showing it off–himself, in other words.

On running his company honorably:

“I’ve tried to do things honorably in my business. I think I’ve added something to America. I don’t rip people off. I don’t downgrade children,” he says, getting in a parting dig at Calvin Klein. “I try to give people a clean, aspirational quality, with no bullshit. Where’s the negative in that?”

For more on Lauren, Fortune looked at seven Fortune 500 CEOs who founded their companies and led them the longest.