Nike might have to fight to hold on to U. of Texas athletic apparel contract 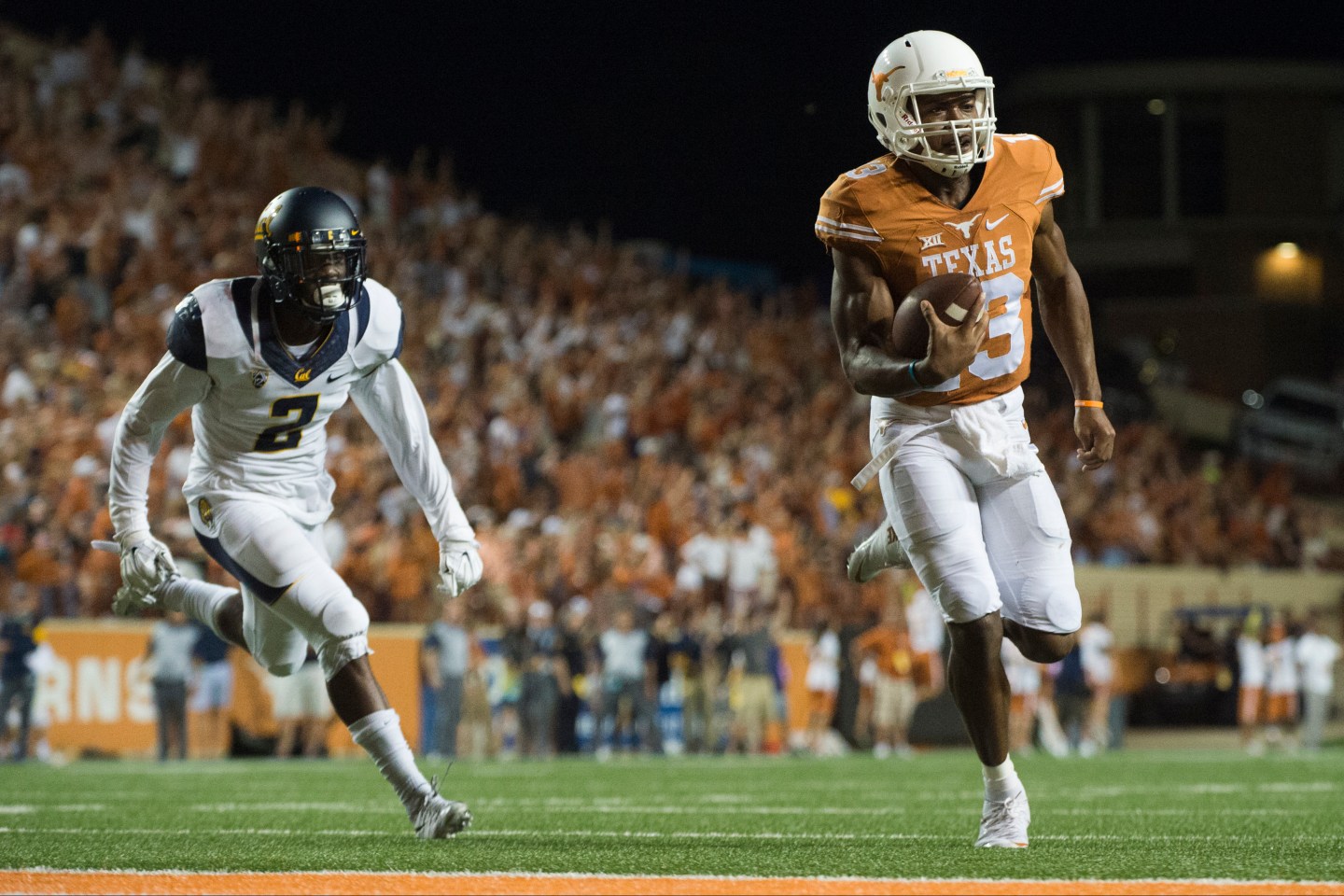 The University of Texas athletics program is one of the country's richest.
Photograph by Cooper Neill — Getty Images

The University of Texas has one of the biggest college athletics programs in the country and its teams sport some of the most recognizable uniforms of any NCAA team. And, that’s why athletic apparel companies could soon be clawing past one another to win the right to affix their logos to those uniforms.

Nike (NKE) currently pays Texas for the right to display the company’s signature swoosh on the Longhorns’ uniforms, shoes and merchandise, but the athletic apparel giant reportedly will not renew its current contract (an extension of a seven-year, $17 million pact between Nike and the school from 2000) before a deadline this week, according to Bloomberg, which cites anonymous sources.

As Bloomberg notes, rival apparel companies like Under Armour (UA) and Adidas (ADS) are likely to enter the bidding for the lucrative Texas contract — which could be worth more than $15 million per year — once it comes up for grabs, which means Nike will face some fierce competition if it wants to keep doing business with the school.

Earlier this summer, Nike reached a deal worth $169 million over 11 years to replace Adidas as the official sponsor for the University of Michigan’s sports teams. That deal followed a coup for Under Armour (which is big supporter of CEO Kevin Plank’s alma mater, the University of Maryland) when the company last year reached an apparel agreement with the University of Notre Dame — a deal that school said was the largest ever in college sports at the time.

Athletic apparel contracts are also getting bigger and bigger in the professional realm, as Nike can attest, having recently agreed to spend a reported $1 billion on a deal to outfit the NBA and WNBA, supplanting Adidas from that role starting in 2017.

As Bloomberg notes, the University of Texas outpaces all other collegiate athletic programs in the U.S. in terms of revenue, topping $160 million annually in recent years.