Here’s what Elon Musk and Ralph Lauren have in common 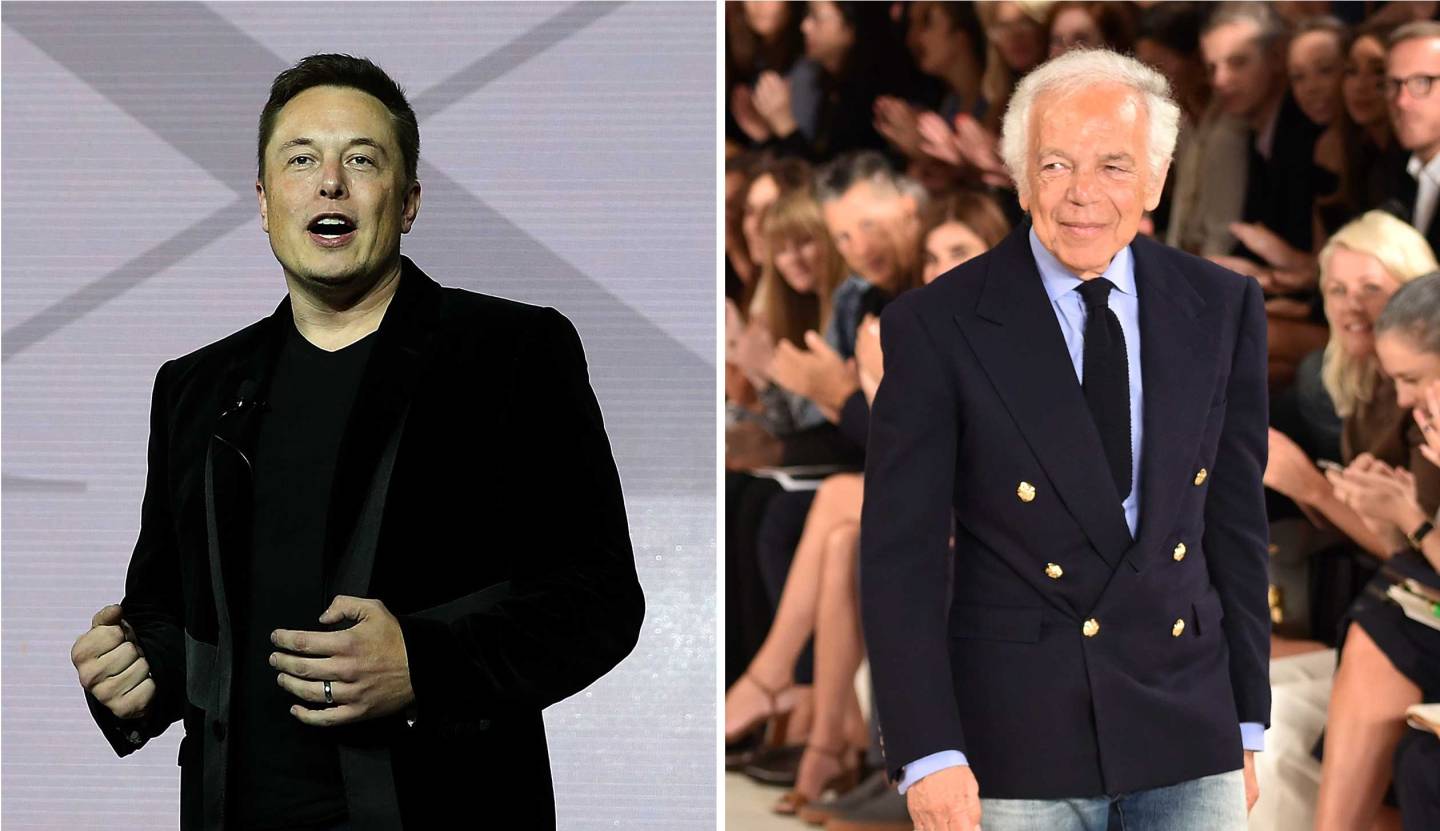 Two of my favorite CEOs are in the news, and while they could scarcely be more different, they share a leadership trait that’s worth a closer look: vision.

I know, not every company needs a vision. Lou Gerstner famously said it was the last thing IBM (IBM) needed when he came in as CEO 20-plus years ago; the company was in desperate trouble and needed an operational rescue above all. But sometimes, especially when a company is new, an insanely audacious, exhilarating vision—and a founder who can see it so clearly that it’s real—can make all the difference.

Tuesday night at an elaborate party in California, Elon Musk delivered the first Tesla Model X SUV, a vehicle that was clearly impossible to conventional thinkers. The auto industry is so crushingly capital intensive that obviously no new entrant other than a government could afford to get in. Musk disproved that view when he founded Tesla (TSLA) and produced the Model S, which then, in its latest version, again achieved the impossible by winning the first perfect score that the Consumer Reports auto rating system had ever delivered. And he says “the Model X is a better SUV than the Model S is a sedan.”

Another impossible Musk venture, SpaceX, delivers supplies to the International Space Station at a fraction of what government rockets incur, but that business is just R&D for Musk’s real vision, colonizing Mars. SpaceX designers are already creating the 100-passenger Mars Colonial Transport. Musk also wants to revolutionize the electric utility business and has proposed a Hyperloop transport system running through tubes between Los Angeles and San Francisco—but enough. He’s obviously nuts, except that he obviously isn’t. He’s visionary. And if he weren’t, he’d never attract the workers, customers, and investors who make his visions real.

The other visionary leader in the news is Ralph Lauren, who announced Tuesday that he’s stepping down as CEO of his company (RL). You may say that his vision wasn’t remotely as grand and breathtaking as Musk’s, and in some ways that’s clearly right. But in some ways his vision was also unimaginable until he saw it. A multi-billion-dollar global fashion empire built on one person’s unique conception of style—a few of them exist today, but in the 1960s there were none.

Not that Lauren saw his future fully at first. He started by designing some wide ties when skinny ties were the norm and persuading Bloomingdale’s to carry them. In time he came to realize he was selling not clothing but a vision of a world that existed nowhere except in his mind, and it was a world that millions of consumers would want to inhabit. It took its design cues from old-money America and then went far beyond, to clothing, accessories, and furniture that no Rockefeller or DuPont ever possessed. Eventually his vision even took the form of a private club in Milan and a restaurant in Manhattan in the quarters of the old La Côte Basque, one-time haunt of the rich and elegant.

Gerstner was right, of course. Sometimes a vision is a distraction from what needs doing. And it will fail miserably if it isn’t genuine; people can tell instantly when there’s no true gleam in the visionary’s eye. But Musk and Lauren remind us how sometimes, when a leader’s vision is real, its power is beyond imagining.