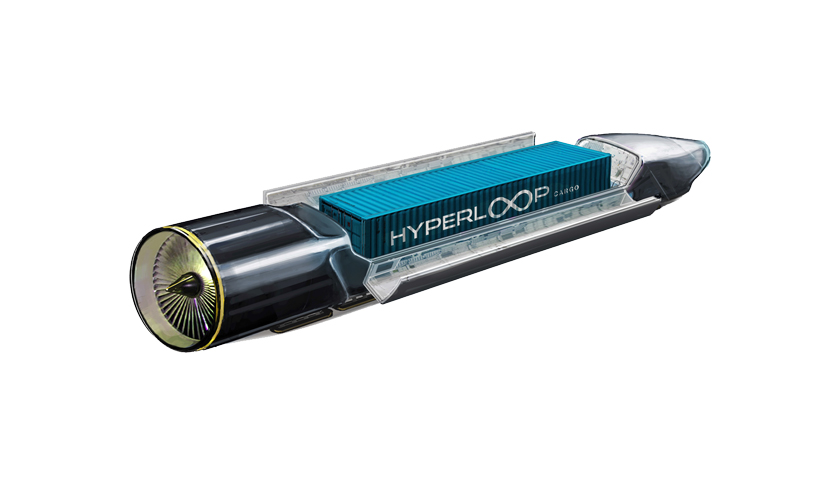 An illustration of a Hyperloop pod.
Courtesy: Hyperloop Technologies

The ultra high-speed, tube-shaped transit system of dreams for both people and packages is very much a reality as far as corporate entities are concerned. Hyperloop Technologies, led by a team that includes co-founders Brogan BamBrogan and Shervin Pishevar, is a real company—and on Wednesday it named its first chief executive.

Say hello to Rob Lloyd, veteran of networking company Cisco (CSCO) and at one time a potential successor to now-chairman John Chambers. (Chuck Robbins won the top job.) Lloyd, who has been at Cisco since 1994 and was most recently its president, left the company in July, almost two months after Robbins was named Chambers’ successor.

If there’s one thing Lloyd understands, it’s infrastructure. If there’s another, it’s how to manage negotiations between the largest organizations. He’ll need both to marry the futuristic excitement of his new employer with the grounded reality of managing major transportation projects. As he wrote in his Cisco farewell note, paraphrasing hockey legend Wayne Gretzky: “We have learned how to skate to where the puck is going, not to where it is, or where we want it to be.” It’s a good skill to have: Hyperloop, both as a company and a product, is clearly no slouch in the imagination department.

In his first blog post as CEO, Lloyd underscored that Hyperloop is a global concept trying to disrupt a “trillion-dollar” transportation industry. “Hyperloop is going to build partnerships with some of the largest engineering, construction and transportation companies in the world. We will embrace a design/build/transfer and operate business model, and will create a powerful ecosystem to quickly deliver the Hyperloop platform.,” he wrote. He added: “Hyperloop is a global company, and has been from day one. There are so many tangible opportunities to transform countries and economies.”

In addition to Lloyd, the company has hired former Google, Facebook, and Snapchat executive Emily White to join its board of directors. That board includes former PayPal COO David Sacks and Palantir Technologies founder Joe Londsdale and notably does not include Tesla Motors and SpaceX CEO and SolarCity chairman Elon Musk, who first popularized the concept. Hyperloop Technologies has 50 employees and is based in Los Angeles. After raising $11 million earlier this year, it is reportedly in the midst of raising a second round of funding totaling $80 million.