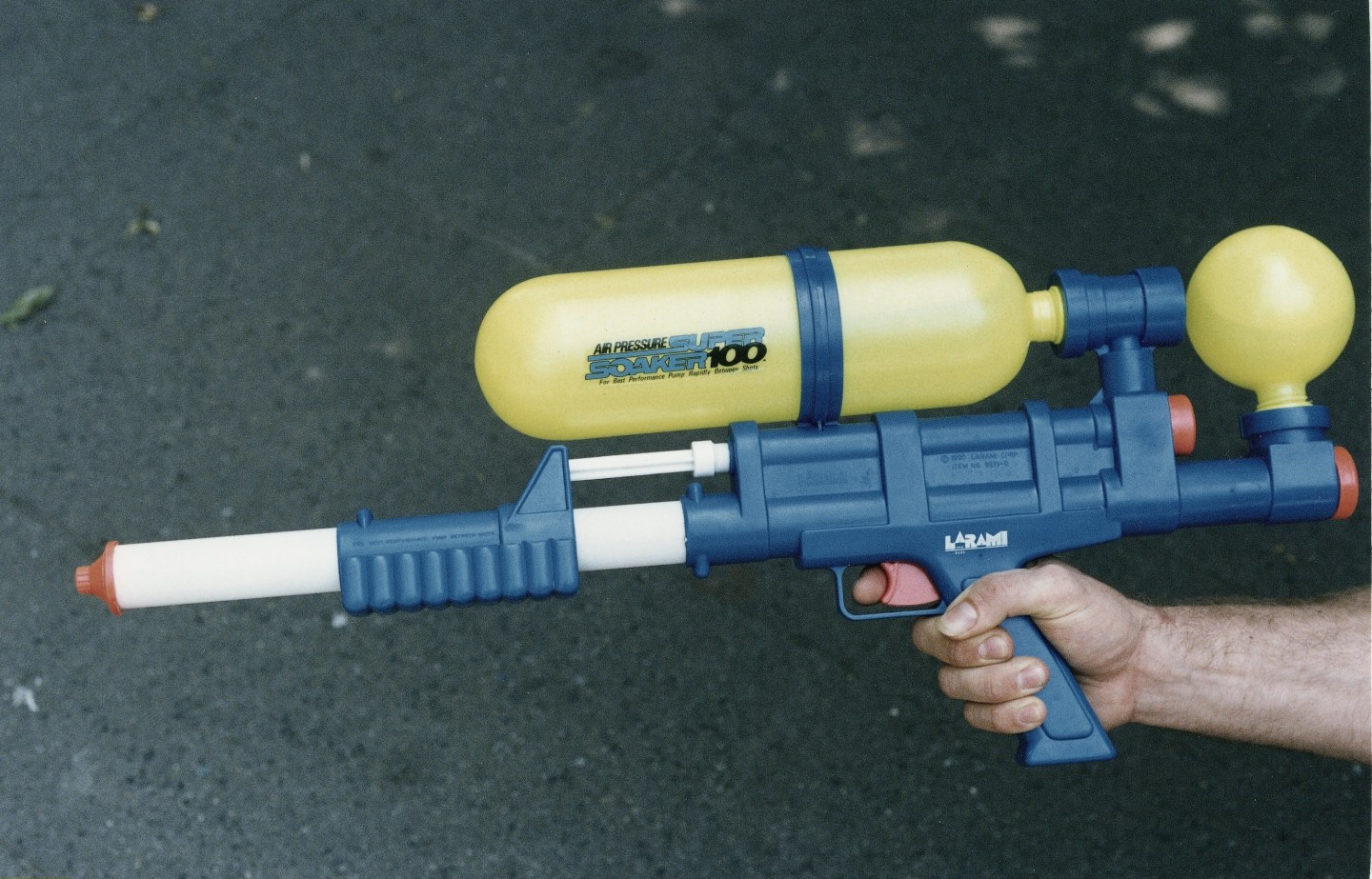 An early model of the popular Super Soaker water gun from the 1990s.
Photograph by Ullstein Bild via Getty Images

What does a popular water gun with more than $1 billion in sales have in common with a toppling tower of wooden blocks? They’re both on the verge of Hall of Fame enshrinement.

The Super Soaker — which added water tanks and pressurized-air to water gun battles starting more than 25 years ago — and Jenga, the classic wooden block-stacking game, are both among this year’s dozen finalists for the National Toy Hall of Fame. Joining them is a diverse set of toys ranging from the spinning top to the classic Wiffle Ball, as well as two iconic board games from the 155-year-old gaming company Milton Bradley (HAS): Battleship and Twister.

Those toys are among the playthings looking to join the latest class of entrants into the National Toy Hall of Fame when the inductees are announced in November. The Hall of Fame — which is part of The Strong, the world’s largest museum devoted to toys and materials related to play, in Rochester, N.Y. — has inducted 56 toys to date.

Starting with a 1998 class that included Tinkertoys, Mattel’s (MAT) Barbie, and the Frisbee, the National Toy Hall of Fame has inducted new toys every year based on such criteria as the toy’s longevity, its popularity, and the level of innovation involved in the toy’s invention. Last year, the Hall of Fame inducted iconic toys such as the Rubik’s Cube, plastic green army men, and bubbles (yes, bubbles).

The Super Soaker in particular has an interesting backstory, having been developed by former NASA engineer Lonnie Johnson on its way to revolutionizing backyard water fights starting in the 1990s. Two years ago, Johnson won nearly $73 million in a lawsuit against game and toy giant Hasbro after Johnson claimed he had not received promised royalties for his invention.