The one thing that could calm markets now 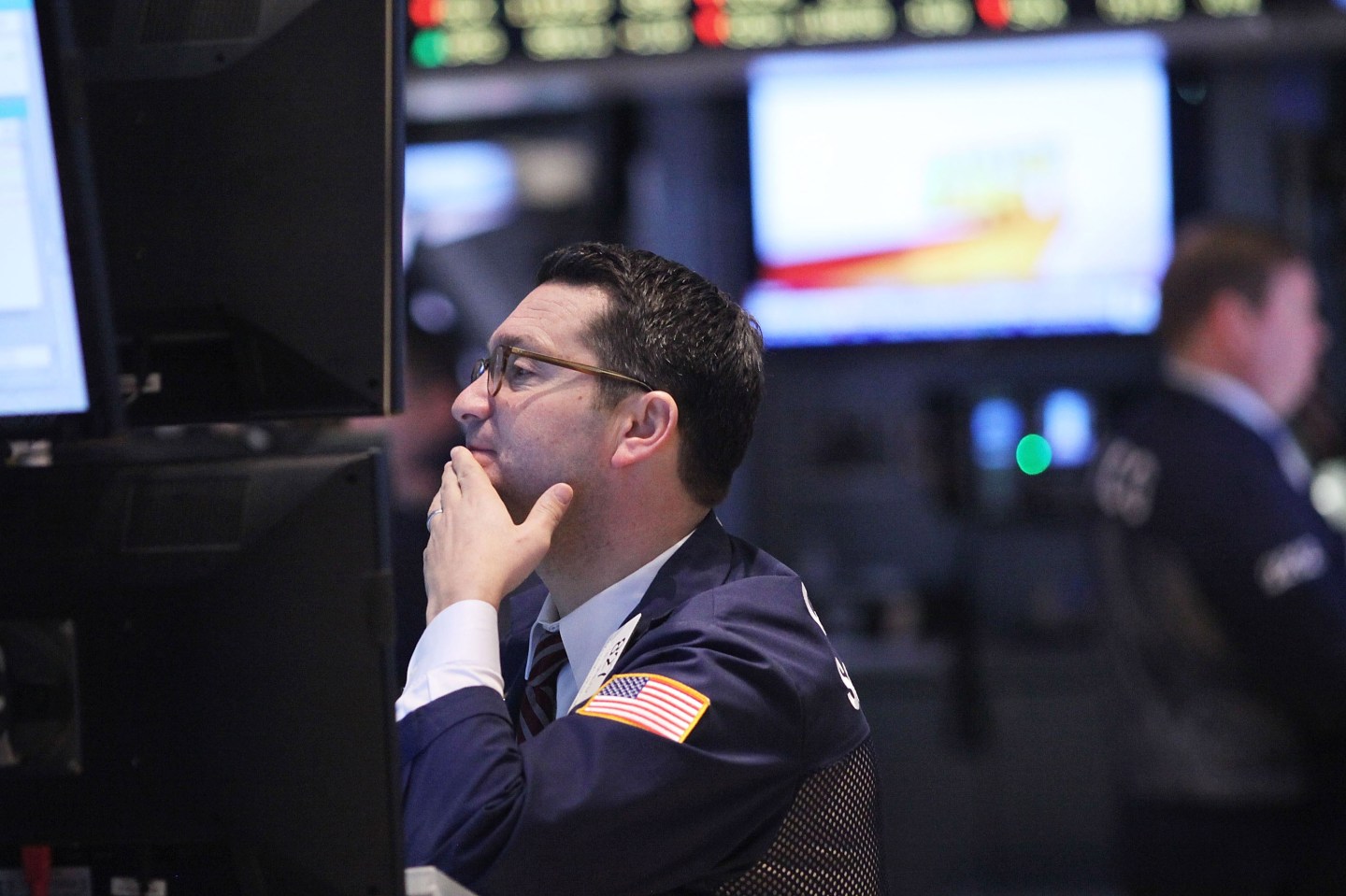 NEW YORK, NY - MARCH 04: A trader works on the floor of the New York Stock Exchange (NYSE) before the Closing Bell on March 4, 2015 in New York City. The Dow Jones industrial avergae was down over 100 points at the close, delivering a second day of losses to the market. (Photo by Spencer Platt/Getty Images)
Photograph by Spencer Platt — Getty Images

The U.S. stock market continued its downward slide on Tuesday on growing concerns about a host of economic worries: China’s economy, global commodity prices, the direction of U.S. interest rates, and questions over Glencore’s (GLEN) financial future. Most of these factors are beyond the control of the U.S., except for domestic interest rates, which are influenced by the Fed. Yet the Fed has been reluctant to give any clear guidance on this issue since the summer.

This is a grave mistake that’s unnecessarily roiling an already nervous market. Negative economic news is bad for stocks, but so is uncertainty. Vague and directionless statements from the Fed do little to help investors make informed choices, but much to create dangerous market speculation. If nothing else, the Fed should keep quiet until it has a clear and decisive view on interest rates.

To be fair, Fed Chair Janet Yellen may be hesitant to make a move until she has a better sense of where the economy is really going, and that’s reasonable. But the problem is that obvious indecision by the Fed could in itself affect the economy, and so Yellen and her team can’t afford to hesitate or be deliberately vague for too long.

Activist investor Carl Icahn recently said that he fears the creation of an asset bubble unless the Fed raises rates later this year. Regardless of whether he is right, what is certain is that a clear statement of intent by the Fed will eradicate at least one major source of confusion and enable the market to start pricing in reality, not speculative fantasy.

If the Fed doesn’t intend to raise rates, it should tell the public now. That will assure companies and consumers of continued access to cheap credit and at least keep the domestic economy humming along in the near term with some certainty. That, in turn, should help stabilize the stock market so that investors can evaluate companies on the basis of their individual fundamentals, exposure to China, etc. instead of on the general market climate.

In the case of an interest rate increase, there are two possible outcomes. If the Fed raises rates and gives the public plenty of notice, it might push the market down further but the fall would happen gradually and in a controlled fashion as investors slowly price in revised economic growth forecasts. Eventually, the Fed would create a soft landing where the U.S. economy would reach a new floor from where stocks could climb again based on fundamentals.

If, on the other hand, the Fed spends the next few months flip flopping on rates and then raises them suddenly, the tightening of money supply coupled with other fears could potentially put the market into an outright panic. Such a crash could send companies into bankruptcy as well as dampen consumption and corporate growth much more swiftly and deeply than is reasonably necessary to prevent overheating of the economy. Unlike the former scenario, this wouldn’t be a correction but a decimation of value.

World markets are facing tremendous uncertainty today due to political upheaval and economic malaise affecting much of the world from the Middle East and Asia to Russia and Brazil, and it’s difficult to predict how the global business landscape will be impacted in the coming months and years. In such a climate of volatility, it’s even more essential for the U.S. Federal Reserve to take the lead in lessening anxiety for investors. It can do that by making up its mind about interest rates soon, and communicating its intentions.