4 reasons your tech workers are quitting 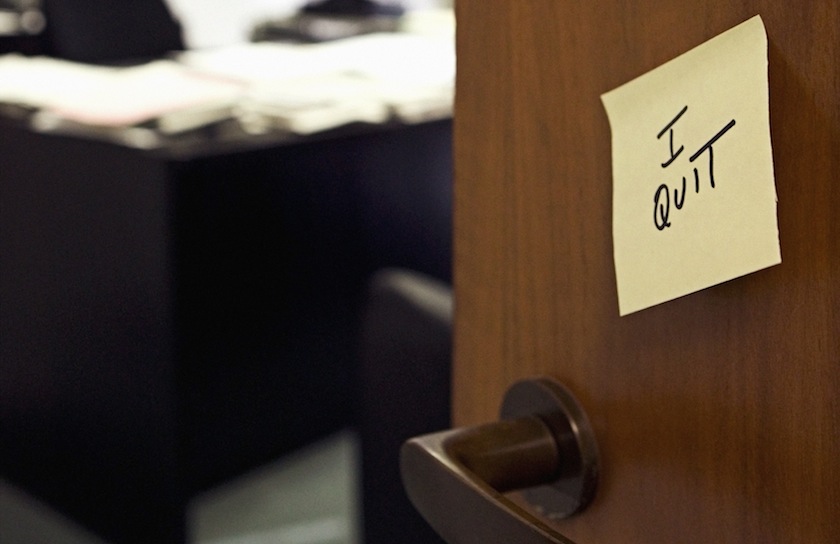 If you’re losing more skilled IT staffers than you can easily replace, you’re in good company. Even big-name tech employers struggle with this. Google’s techies stay barely more than a year on average, according to the most recent PayScale report on employee turnover, and Amazon can barely hold on to its tech talent for 12 months.

It’s tempting to put the blame on a hot job market and notoriously footloose Millennials, but not so fast. It’s just as likely that, even if they’re too polite (or politic) to say so in exit interviews, IT pros are quitting to go after something you’re not giving them—and it’s rarely a raise. “Nobody ever asks me for more money,” says James Kenigsberg. “I have to go to them and ask whether they think they’re making enough.”

A longtime IT manager, first at ad firm Ogilvy & Mather then at Princeton Review, Kenigsberg is CTO at 2U, a company he co-founded in 2008 that helps schools like USC, Georgetown, the University of North Carolina’s B-school, and Yale School of Medicine put their degree programs online. Based partly on what he hears from his 120-person tech team about why they left their old jobs, and partly on what is working at 2U, here’s what Kenigsberg thinks bugs tech talent the most:

Too many boring routine tasks. “Tech people don’t want to be bogged down in maintenance work or in processes that should be automated,” says Kenigsberg. “Busywork is bad for morale.” His rule of thumb: “If you do anything the same way more than three times in a row, consider automating it.” A task like deploying code to servers, for instance, should be delegated to a “a tool like Jenkins, so no one gets stuck doing it over and over again like a mechanical Turk.”

2U has automated many of its processes as it has expanded. Five years ago, the firm had 15 servers and three people running them. Now, Kenigsberg says, the company has almost 700 servers, run by just four staffers. Most of the automation was built in-house. “Designing the automation is creative, interesting work,” he says.

Feeling disconnected from a larger purpose. Especially for Millennials, having a sense that what you do makes a difference in the world is essential to many tech workers’ happiness (among others, for sure). But Kenigsberg says too few managers ever give techies a chance to meet customers and hear about the impact of what they do. So he makes a point of it.

One team at 2U, for instance, developed software that lets vision-impaired students “read” a computer screen, so they can take online courses without help. Kenigsberg invited a blind student who had used it to an all-staff lunch, “so everyone could hear how what they had created had changed her life,” he says. “She said that using the software to earn her advanced degree was the first time in her life that she had felt fully independent. People had tears in their eyes.”

A one-size-fits-all office. 2U is headquartered in Maryland, but its tech employees are in an open-plan space in New York City’s Chelsea Piers, and sometimes play pick-up basketball with neighbor Justin Bieber. “Especially in a super-competitive market like New York, you have to give people good spaces,” says Kenigsberg. “Rather than imposing cubicles on them, we let our space evolve to fit what people need to do their best work.”

Besides areas where people can sit together to collaborate, 2U’s tech center has private booths where people can make phone calls, a couch “at the quiet end” of the space with a view of the Hudson River, and some designated spots just for relaxation. 2U also subsidizes employees’ memberships in nearby Chelsea Gym, where Kenigsberg says they “often go to discuss projects.”

Managers who don’t listen. At 2U, “everyone is encouraged to mentor younger employees, but it’s just as important to let the mentees be the mentors sometimes,” says Kenigsberg. “There’s not much I have left to learn from executives at my own level. But I can learn a ton from ‘junior’ employees who are hands-on, doing the work.”

So, how is 2U’s IT turnover? The firm’s average employee tenure is 22 months, or about twice Google’s.