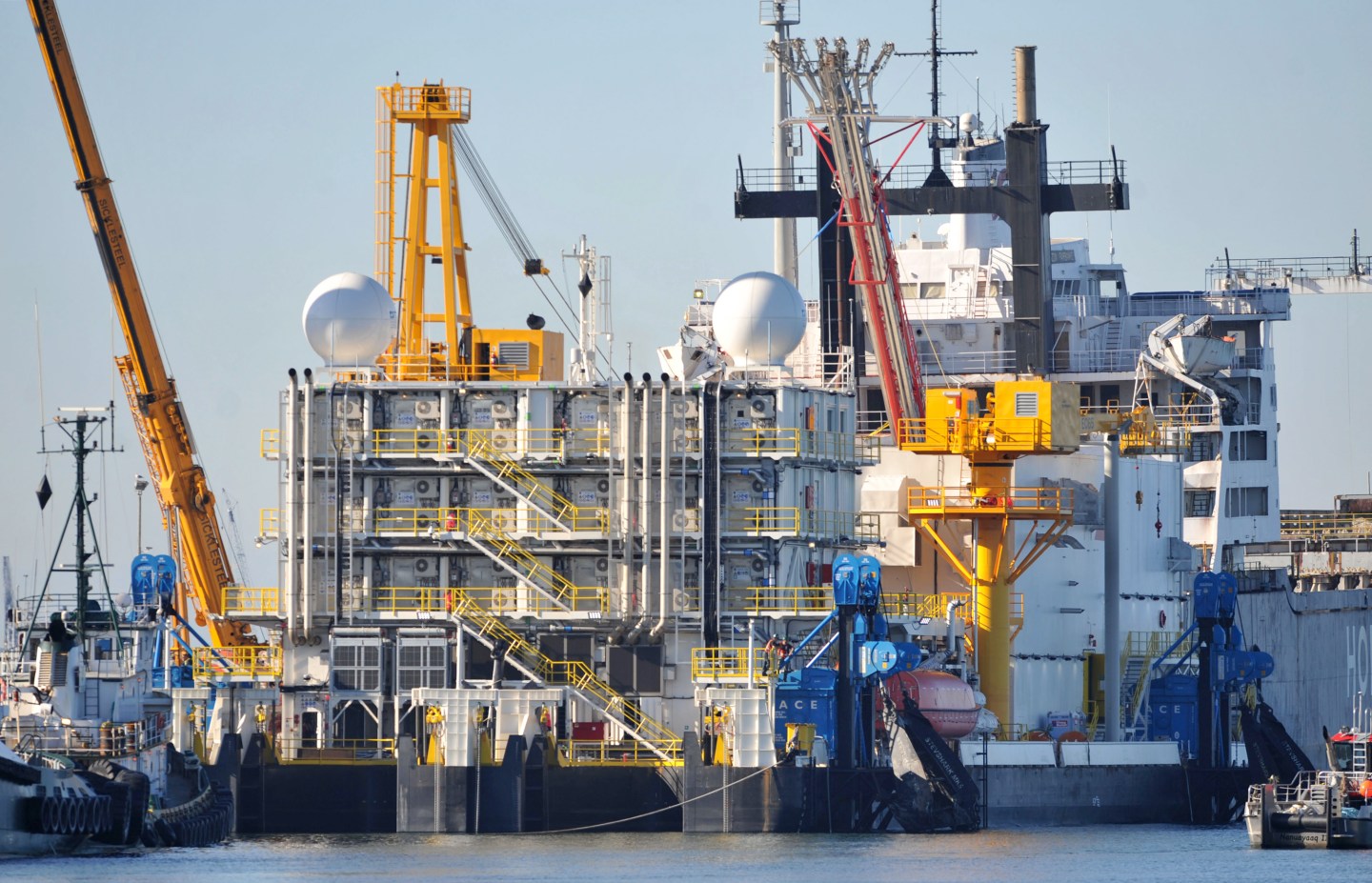 Shell's Arctic Challenger at the Port of Bellingham in Washington. The company has since abandoned its Alaskan oil drilling project.
Photograph by Philip A. Dwyer—Bellingham Herald MCT via Getty Images

Shell’s decision to pull out of a nearly decade-long project that represented a $7 billion investment came amid a major drop-off in global oil prices that has made it more difficult for oil companies to profit from oil exploration, narrowing the margin of error on unpromising projects.

The move was welcomed by environmentalists who have been steadfastly opposed to Shell’s Arctic drilling near Alaska for some time, but now Alaskan officials are left wondering what they can do to generate more revenue from an 800-mile trans-Alaska oil pipeline that is currently operating at less than one-quarter capacity, according to the Associated Press. Alaska’s state government relies heavily on the oil industry, and plummeting crude oil prices have led to a statewide budget deficit that tops $3.5 billion.

Alaska Governor Bill Walker told the AP that the state needs to find another source to fill its pipeline as soon as possible to help alleviate some of the state’s budget issues. Walker has even suggested that the federal government allow natural gas drilling in the Arctic National Wildlife Refuge, a tough notion considering that the Obama Administration recently proposed setting aside more than 12 million acres of the area as protected wilderness, which would make drilling there off limits.