GitHub CEO: What I learned from our harassment scandal 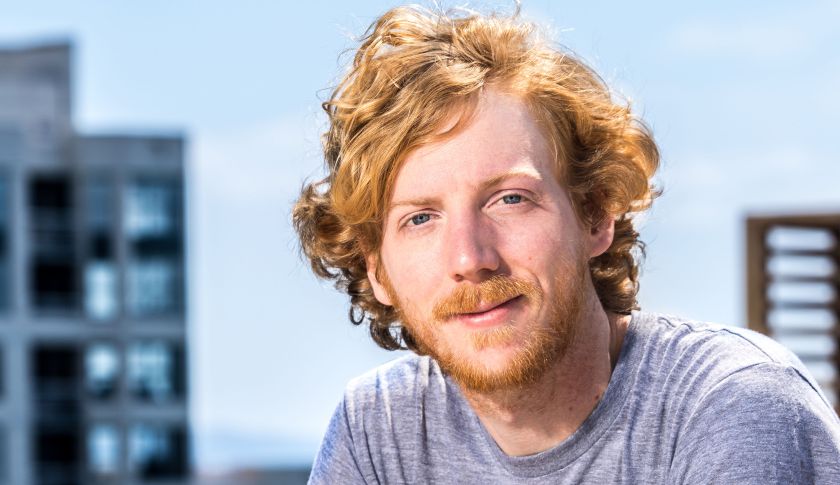 Seven years after it was founded by Chris Wanstrath, P.J. Hyett, and Tom Preston-Werner in 2008, GitHub is a $2 billion “unicorn”—billion-dollar private company—with $350 million in funding and more than 300 employees. Wanstrath, who was the company’s first CEO and regained the role in January 2014, earned a spot at No. 31 on Fortune’s new 40 Under 40.

Wanstrath spoke to Fortune for an interview about GitHub’s growth, its user base, his goals for the company, and also the scandal that erupted last year when a GitHub developer, Julie Ann Horvath, left the company, accusing leadership of sexual and gender-based harassment. (GitHub put co-founder Tom Preston-Werner on leave at first, then he ultimately resigned from the company.)

What follows is an edited transcript of a few moments from the interview.

Fortune: Is there any quick go-to description you use to explain to laypeople what GitHub is?

Wanstrath: Definitely. It’s a little hard to explain what it is. You have to explain instead how people use it. The way I explain it is that it’s like Facebook for code. Similar to Facebook, you log in, you’re connected to people. But instead of seeing photos of your cousin’s baby, and then commenting on it, you see your coworker’s code, and comment on that. That’s what makes it so interesting to developers. We’ve all sort of grown up on the Internet. The way in which you’ve always interacted online with your friend group, you can now interact with your work group, and the lines are starting to get really blurry.

More than anything else, it’s a community. You can go on there and look at source code that someone who works at Facebook wrote and you can comment on it, which is pretty amazing. The community is the thing that’s most special to us.

Is it useful at all, and necessary, to make the site a bit more accessible to non-developers? Or is there no real reason to do that?

We are absolutely trying to make it more accessible. There are a lot of people who code on GitHub as a hobby, for fun. Then there are scientists who use GitHub for the data who don’t know how to code, necessarily. And one of the things we’ve done well is lower the barrier of entry for everyone, but that’s something I think we could do even better. That being said, GitHub is first and foremost for developers.

You were the first CEO, then took a different role, now you are CEO again. What have some of your management challenges been?

Well, the biggest challenge is we’re very remote. We have an office in San Francisco, an office in Japan, an office in Boulder (Colo.), and then we have employees all over the world. We have 335 employees and more than half of them, at any one time, aren’t in the office. So we use GitHub really heavily to communicate, and also things like Slack and other project-management solutions, but it’s hard. It’s not like you can just grab someone and walk over to the whiteboard. So it’s been a struggle for us.

But it’s also, I think, what all companies will look like. We’re at the forefront of this, WordPress is another distributed one, and there are many others in our peer group. I think the question is, what is the key solution? Communication.

How about the harassment claim last year and the fallout, how did you navigate that?

What was going on last year, we talked about it a lot. GitHub is a virtual building filled with people. So that’s really what it’s about—trying to talk to, understand, and figure out different perspectives of different people.

I encourage every startup to think about how you’re building, how you’re scaling, how you’re thinking about your people right away, with employee number one. So many companies think they can put that off til later—and then everything explodes. That’s the biggest lesson for us, and one of the things we’ve spent a ton of time over the past 18 months thinking about, is our people. Hiring, building the team, trying to change the way we work so that when people come into work they can feel like they don’t have to worry about it. They shouldn’t have to worry about… any of that. They should be able to just work. Like if you do design, you want to come in and focus on design, and you want the tools and environment to make that happen. So that’s been a big lesson for us.